Atypical‘s autistic teen Sam is just like any other teenage boy: He’d like to have sex as soon as possible, please.

In the just-released trailer for Netflix’s upcoming comedy (debuting Friday, Aug. 11), Keir Gilchrist (United States of Tara) stars as Sam, who’s ready to break out of his shell and, well, get a little action. But his seduction skills could use some work: He smiles way too widely at a girl he likes, and his therapist Julia (Amy Okuda) warns him, “You need to turn that down, like, 70 percent.”

The trailer also introduces us to Sam’s parents Elsa and Doug, played by Jennifer Jason Leigh and Michael Rapaport, and his sarcastic sister Casey, played by Brigette Lundy-Paine. (Elsa is well-meaning but a little uptight; her daughter adds “Remove Stick From Butt” to her daily to-do list.) Sam also has an eager friend at work who sympathizes with his sex quest and offers to take him to “Poon City,” aka the local strip joint — and yeah, that doesn’t go so well.

Along with the trailer, Netflix has released the poster for Season 1 of Atypical, with Sam and his family underneath a sea of swimming penguins. Check it out: 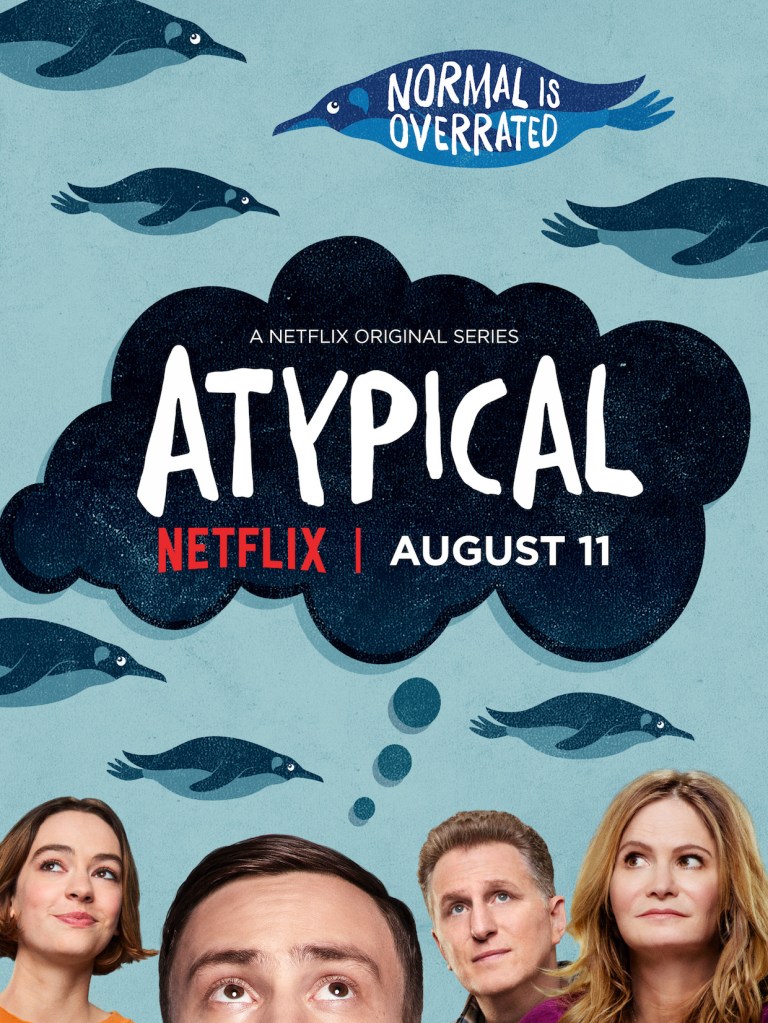 Press PLAY on the trailer above for a sneak peek at Atypical, then hit the comments and tell us: Will you be watching?