THE PERFORMANCE | Picking a favorite member of Claws‘ terrific ensemble of actresses is like picking a favorite shade of nail polish. (They’re all so good!) But this week, it was Preston’s turn to shine and sparkle, as Polly dropped the sweet-as-sugar act and got downright scary on us.

Normally, Polly’s all smiles and sunshine, but that ankle monitor of hers reminds us she’s not as squeaky-clean as she seems. Preston happily delved into Polly’s dark side as the ex-con ambushed Virginia in her home, butcher knife in hand, demanding to know the truth about Roller’s demise. (To be fair, Polly also used that knife to make vanilla frosting for her cupcakes: “It’s organic!”) Later, Preston got to show off her physical-comedy skills as Polly hilariously went into cat-burglar mode, sneaking into the lavish home of Desna’s evil foster parents to plant evidence. And Preston even shook her groove thang during the nail-salon ladies’ magnificent “Lady Marmalade” dance number — which, in true Claws fashion, was intercut with a grisly double murder.

Preston has been a relatively under-the-radar TV MVP for years now — can we get an amen, The Good Wife fans? — and Claws is letting her explore every dimension of her incredible range, from mama-bear ferocious to ridiculously goofy. (Sometimes in the same scene, even!) And the best news of all: TNT just renewed the show for a Season 2, so we can all look forward to a second helping of Preston’s deliciously complex performance. 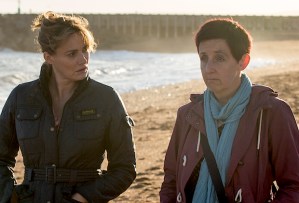 | Broadchurch‘s Julie Hesmondhalgh has us rapt with her portrayal of Trish Winterman, whose rape investigation thus far has stymied Hardy and Miller, but what stood out this week was her interactions with other characters. Trish continued to break our heart when opening up to Beth not about her pain, but the guilt she feels for having tainted the memory of BFF Cath’s party (“They’d been organizing it for so long”). On top of that, she even asked how Beth has coped with her own tragedy. Later, Hesmondhalgh made us privy to the questions in Trish’s head, as she flat-out asked Cath how many of the men at her party were “capable” of such an act, before questioning her unfamiliarity with the attacker. “Now I’m thinking, could it [be someone I know]? I’m not so sure.” Answers can’t undo the crime committed, but Hesmondhalgh’s performance makes us want some peace for Trish. 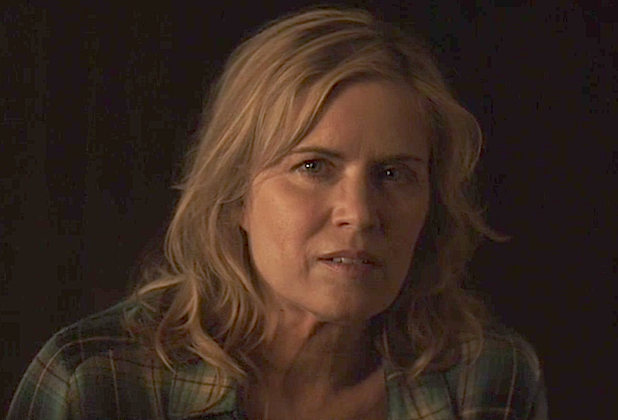 HONORABLE MENTION | In Season 3 of Fear the Walking Dead, Madison’s children have been taken aback to realize just how ruthless she can be. But not even their new awareness of her by-any-means-necessary m.o. could have prepared them for the “Children of Wrath” monologue in which she revealed that, as a youngster, she’d grown tired of covering up her alcoholic father’s abuse of her mom, so after finishing her cereal one morning, she’d murdered him. A long time coming, the confession explained everything about the character and was played beautifully by Kim Dickens, with the trademark impassiveness that weighs on Maddie like the suit of armor that it is. In fact, so wholly resigned to her role did the actress make her alter ego seem that, when she said she’d kill again to protect her kids, neither they nor we doubted it for a second.