We’ve got questions, and you’ve (maybe) got answers! With another week of TV gone by, we’re lobbing queries left and right about shows including American Ninja Warrior, The Bachelorette, Suits and Zoo!

1 | Is it kind of a bummer that Killjoys basically “recast” Defiance‘s Stephanie Leonidas in the role of Clara? (Or can the Hackmod easily get her “old” face back?)

2 | What hallucinogenics were circulating at CBS that someone pitched (and another someone signed off on) “Giant Candy Crush meets obstacle course meets Big Brother/Survivor?” 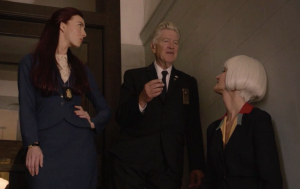 notice Twin Peaks‘ Tammy barely able to keep a straight face during the minutes-long cigarette break scene? (And could you blame her?) And do you think it was Evil Cooper who texted Diane, or was that an S.O.S. of sorts sneaked out by his inner good guy?

4 | So, is Claws‘ Roller alive, or dead, or a ghost, or what? And is the answer to that question going to keep changing every week, like it has been so far?

5 | For those who tuned in for Spike’s One Night Only tribute to Alec Baldwin, were you surprised that Tina Fey was a no-show? And given that the rest of the 30 Rock cast was there, didn’t it feel weird that her absence went unmentioned? Lastly, which member(s) of the Baldwin family bombed the hardest: wife Hilaria, daughter Ireland or brothers Daniel and Billy?

6 | On American Ninja Warrior, did you half-expect Jesse Labreck’s boyfriend (and fellow finisher) Chris DiGangi to pop the question after she hit the buzzer?

7 | Are we absolutely sure that this week’s two Bachelorette castoffs, Matt and Adam, were actually in any previous 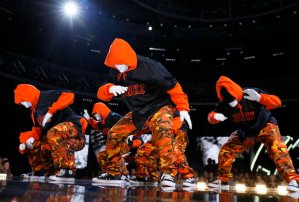 8 | If World of Dance isn’t going to show full dance routines, then what is the point? And would you have chosen Ian Eastwood over Jabbawockeez?

11 | TVLine reader Megan asks: “Can’t Younger‘s Liza dress better at this point? If she were really 26/about to be 27 and making her first real money, she would eventually start realizing that fringe and mock turtle necks are not cute. Stop shopping at thrift stores!”

13 | On Suits, was Harvey’s pursuit of Dr. Paula Agard welcome — doesn’t it feel like ages since he had a real love interest? — or random (and quite possibly unethical)? 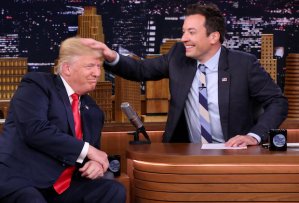 voters receive ballots with Modern Family and House of Cards already filled in? And given Bill Maher’s recent controversies, are you surprised that the TV academy chose to recognize Real Time over, say, Late Night With Seth Meyers in the Variety Talk Series category? (And speaking of that race, safe to say Emmy voters #NeverForget?)

16 | Why is Nashville‘s Scarlett so miserable all the the time? Even grieving Deacon seems less sad!

17 | Was Zoo‘s Clementine all but asking to be found out, practicing her “I’m pregnant, Dad” speech in the middle of the extremely echo-y jet, with her back to the stairs? And did the directing/editing of this week’s final scene have you thinking Jackson had stumbled upon a Mitch clone? 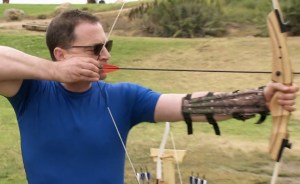 Joshua Malina crushed Battle of the Network Stars‘ archery competition (and with Scandal ending), have we gotten our first look at Arrow‘s Season 7 villain? And were you more impressed with 60something L.A. Lawyer Corbin Bernsen’s overall performance, or Designated bodyguard LaMonica Garrett’s 12-pack?

19 | Jon Stewart popping up on Jimmy Kimmel Live and not The Late Show With Stephen Colbert just feels wrong, does it not?