Question: If you’re not going to solve your blind item about the series that was so bad it was nearly pawned off on a streaming service, can you at least give us another hint? —Sarah
Ausiello: It’s a broadcast network show. And it’s currently airing.

Question: Any intel on potential ’80s homages on The Goldbergs this season? —Craig
Ausiello: You’re going to want to break out the chips, dips, chains and whips for Season 5’s premiere: Though the episode won’t be a full-on homage to Weird Science, it will include elements of the 1985 comedy that re-teamed Anthony Michael Hall with his Sixteen Candles and Breakfast Club director, John Hughes.

Question: I am excited to have Katie Cassidy back on Arrow as Black Siren. I hope she stays a villain, because it’s cool to have a regular female villain. What can we expect for her? —Diana
Ausiello: You can expect much of the aforementioned villainy, sprinkled with the occasional wish for a turn-around, at least by those who knew her Earth-One doppelgänger. “I don’t know if there’s any question about whether or not the [idea] of redemption will come up; it has to,” co-showrunner Wendy Mericle told TVLine. “Her father is there. Oliver is there. Everyone is going to be asking whether or not it’s possible to find a little piece of Laurel, the Laurel Lance they knew and loved, in there somewhere.” That said, “I think she’s interesting as a [villain],” Mericle asserted. “Black Siren is a badass.” BONUS SCOOP: Even with Adrian Chase dead, Oliver’s battle to conceal his secret identity is far from over. Rumor has it he will be dogged by a curious FBI agent this season.

Question: You have a great first name, and great initials. Now that I’ve buttered you up, do you have any Superstore intel you can share? — Michael Anthony
Ausiello: As an aspiring vegan, I’m not a big fan of butter. You hummus’d me up, MA. And it worked: I’m hearing that Mateo will become smitten with a handsome construction worker named Scott who’s helping to put Cloud 9 back together after last season’s finale-worthy storm. As for how this will affect Mateo’s relationship with Jeff — don’t forget about the L-bomb he dropped in that voicemail! — only time will tell. 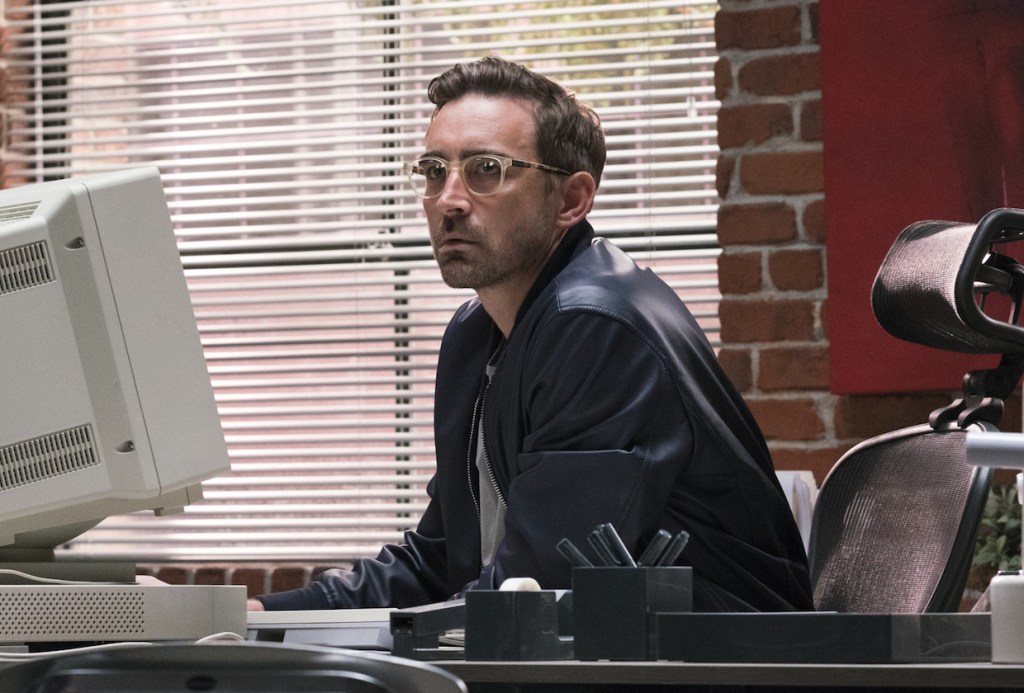 Question: Could you boot up a scooplet on the final season of Halt and Catch Fire? —Joanna
Ausiello: Word around the computer lab is that the series finale will be titled “Ten of Swords.”

Question: Please tell me you’ve got something to tease about Suits. -Lindsey
Ausiello: The absence of Gina Torres’ Jessica will be felt as Harvey takes on the role of managing partner at Pearson Specter Litt — but the former boss lady won’t just be mentioned in Season 7 (premiering this Wednesday at 9/8c on USA Network). “Jessica will be coming back from time to time,” executive producer Aaron Korsh confirms of the spinoff-bound Jessica. “Sometimes because she’s wanted. And sometimes, maybe, because she’s not.”

Question: Desperate for some Originals scoop! What do you have?! — Chloe
Ausiello: It’s not exactly earth-shattering, Chloe, but let’s see if this at least makes things rumble: The CW drama’s fifth season will introduce a “calculating” vampire (aren’t they all?) named Margot, whose glory days trace all the way back to 1920s Europe. Two things you should know about Margot: She recently moved to New Orleans, and she has an “almost zealous devotion to her family.” Sounds like she’ll fit in just fine.

Question: Thanks for all the Roseanne revival scoops. Do you know how producers plan to handle the death of Mark’s portrayer, Glenn Quinn? —Mitchell
Ausiello: Two big clues: They’re not recasting the role and rumor has it that David and Darlene’s son is named Mark. (For intel on their other child, daughter Harris, click on this here link.)

Question: Can I get a little Fosters scooplet? —Janine
Ausiello: The fam is getting some new neighbors this season. Reggie Austin (Agent Carter) and Kristen Ariza (StartUp, Confirmation) are moving in next door as charming estate/tax lawyer Dean and his orthopedic surgeon wife Theresa, respectively. And they’re bringing along their handsome football-star son Logan (NCIS: New Orleans‘ Christopher Meyer), who has “a spark” with Mariana, teases EP Peter Paige.

Question: There are rumors going around that Quinn may not have died on Homeland. But your story this week seems to contradict that. What’s the scoop, Aus? —Charlie
Ausiello: Quinn is dead. Homeland already pulled one too many bait-and-switches on us with regard to Rupert Friend’s invincible hitman. The. Dude. Is. Dead.

Question: Please give us more blind items as they are so much fun to figure out. Thank you in advance. —Tobi
Ausiello: The producers of a buzzy new drama on one of the broadcast networks is toying with the idea of revealing their seemingly straight lead male character to be gay around the midpoint of Season 1. 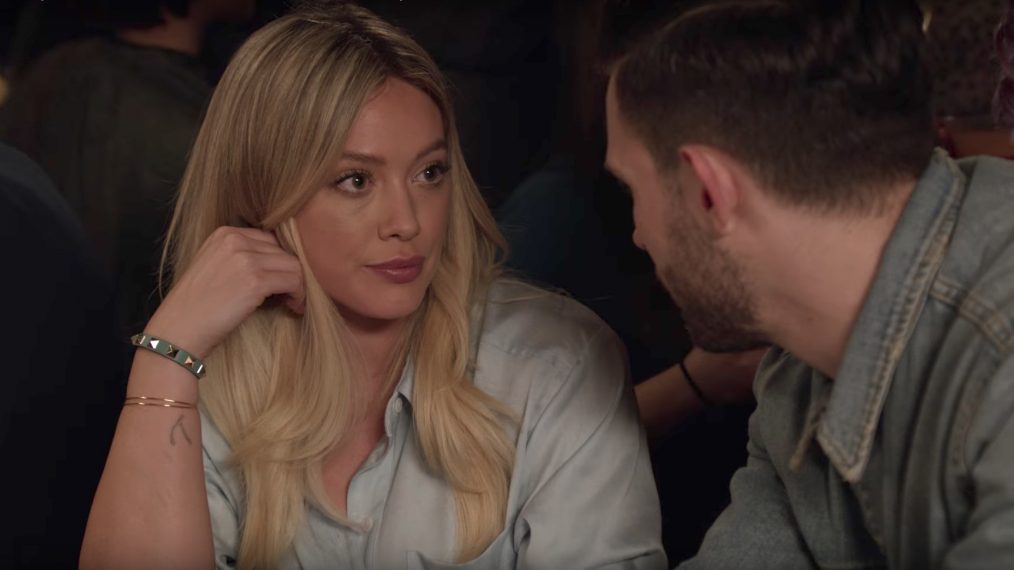 Question: I’m really worried about Josh and Kelsey hooking up on Younger. Like, too much to enjoy the episodes. Help? —Susan
Ausiello: I’m not sure I can help you with all of your issues, Susan, but at least I can make your Wednesday nights a little less stressful: If Josh and Kelsey do get together, it won’t be for several more weeks. Maggie’s assistant Montana will have Josh pretty securely under her spell for a bit.

Question: Please tell me that Issa and Lawrence get back together on Insecure. — Kyla
Ausiello: Sorry, I can’t tell you that. But having seen the HBO dramedy’s Season 2 premiere (which airs Sunday, July 23, at 10:30/9:30c), I can tell you that there’s definitely unfinished business between the estranged couple. “Hella Great” — which, by the way, lives up to its title — also introduces us to a new version of Molly that’s making a real go of fixing her infamously “broken p—y.”

Question: Anything on my new guilty pleasure, Syfy’s Blood Drive? —Oliver
Ausiello: Episode 7 (titled “The Gentleman’s Agreement” and airing Wednesday, July 26) “is kind of like the Slink showcase,” series creator James Roland told Matt Mitovich. Likening Colin Cunningham’s cunning racemaster to another animated trickster, Roland said, “Bugs Bunny is always winning, which is fun for like 10 minutes. But for [a season running] 13 hours, you need to find dimensions. And Slink is most interesting when he’s bouncing back and forth between total control and no control.”

Question: What happened to the bombshell twist that was purportedly coming in your Mister Scooch Poops Everywhere Instagram story series?! I keep refreshing and nothing! —Jill
Ausiello: First off, the show is called The Untitled Mister Scooch Mystery Project. Secondly, I never specified when exactly the bombshell twist would be dropped. And third, truth be told, it was supposed to be shot last night but when I got home Mister Scooch was napping and when he woke up he immediately segued into his nightly 90-minute self-wash routine and then when he was finished with that I was already knee-deep into The Keepers Episode 5 and I didn’t feel like pausing it.

This AAnd That…
♦ iZombie will kick off Season 4 with a “story about corruption,” previews exec producer Rob Thomas. “There are barely enough brains coming in to feed Seattle zombies. There’s a black market for brains. Zombies are going hungry. It gives us a world of story opportunities.”
♦ Comic-Con is a week away and I’m still searching for cool and unique TV-centric t-shirts to wear in TVLine’s Interview Suite. Send t-tips to askausiello@tvline.com ASAP!
♦ Programming note: TVLine will have a live stream of Thursday’s Emmy nominations announcement at 11:30 am ET. Meanwhile, my aforementioned Instagram account will host a live stream of me throwing a tantrum if you-know-who doesn’t get a nod. (Additional reporting by Andy Swift and Vlada Gelman)