The Fosters‘ Season 5 premiere found the teen facing her most difficult and intense ordeal yet: trying to escape from a dangerous child sex trafficker. While Callie came away from the experience unscathed, the situation wasn’t without some close calls, leading Stef to declare that Callie won’t be so lucky one day if she keeps going down this road.

“What’s it going to take for you to start valuing your own life?” Stef asked her daughter. Those words will serve as an epiphany for Callie, who begins investing in her own future this season, executive producer Peter Paige tells TVLine in the following Q&A.

Elsewhere in the season opener, Jesus thought Brandon and Emma hooked up, so he trashed his brother’s room in a rage. Eventually, Emma was able to convince her boyfriend that nothing happened, and the couple made up — but their troubles are far from over, Paige teases. The EP also reveals whether there actually is (or ever was) a romantic shot for Brandon and Emma. 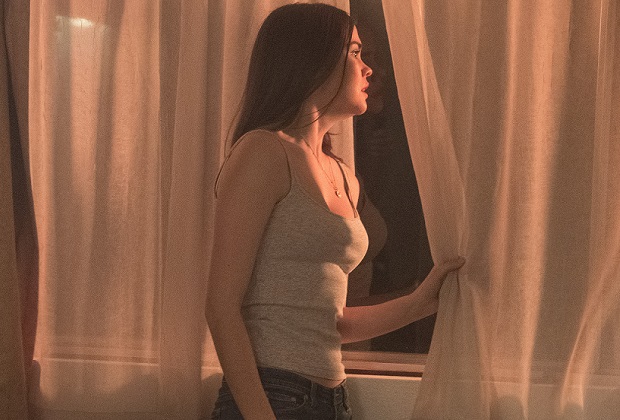 TVLINE | This very dark and hyper-intense premiere was somewhat of a departure for the show. What does the rest of the season look like in comparison?
Interestingly, the question that Stef posits to Callie at the end of the premiere really changes the tone for the rest of the season. [It] hits Callie and shapes her journey. So despite the fact that our premiere is probably one of the darkest episodes we’ve ever done, the season is actually a bit of a return to family, and the smaller question of what it means to be family and to be growing and to be a couple and all of those things.

TVLINE | This is something Callie has struggled with for several seasons. What is she doing to change her mindset and how she goes about things in her life?
Callie has a ferocious sense of justice. She’s got strength and power. [But] she doesn’t have any ability to apply her best thinking to herself. She doesn’t value herself enough to make sure she’s safe, first and foremost, and then operate out of that space. So she starts to look at that. What that means is she starts to invest in areas of her life that need investment — her artwork, school and the idea of college. She starts investing in a relationship. It’s an opportunity for her to focus on herself.

TVLINE | Now that Troy has confessed, what’s next for Callie’s case?
I will just say, as in the real world, justice is not always a straight line, nor always entirely clear-sighted.

TVLINE | I was surprised that Emma told Jesus they were OK. How honest was she being with herself and with him in that moment?
You’re very insightful, Vlada. She was being partially honest. She wants for them to be OK. She loves Jesus very much. But there’s definitely a rocky road ahead.

TVLINE | Brandon seemed pretty upset by what Jesus did, wrecking his room. Where does that leave the brotherly relationship?
At the start of the season, we’ve basically got a civil war in the house. They are as bad as they’ve ever been. Brandon was right in that he was trying to help, but he kept secrets from Jesus. So Jesus is justifiably hurt and angry. His expression of that anger is probably inappropriate, but then again, he’s got a TBI. It’s a very complicated situation for everyone in the house. 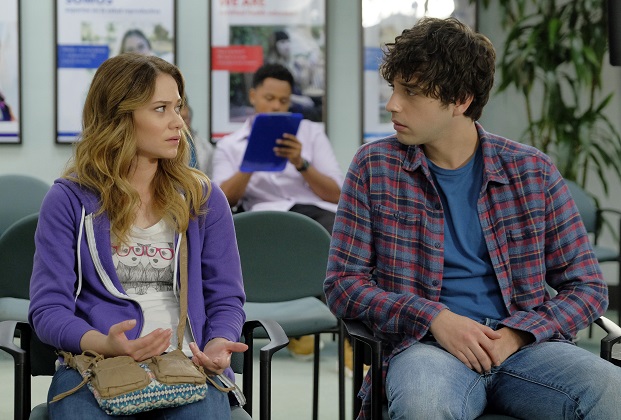 TVLINE | Did you ever consider taking Brandon and Emma in a romantic direction? Was that something you talked about in the writers’ room?
We did talk about it, actually. It just seemed unforgivable. I don’t entirely understand it, but a lot of people like to hate on Brandon. We didn’t want to give them a real, justifiable reason.

TVLINE | Every season, you tackle some weighty issues. Last year, there were storylines about LGBT sex education, sex trafficking. Is there anything like that on the horizon?
There always is for us. At this moment in time in this country, it’s just too important. For example, the whole struggle with Anchor Beach and Anchor Beach Academy is, for us, a bit of a microcosm for what’s happening with our government today, this notion that only the wealthy deserve access to education or social services. And we’re in San Diego, so it [means] talking about immigration, which we do, particularly toward the back half of this season, in some really interesting ways.

Fosters fans, what did you think of the season opener? Grade it via the poll below, then hit the comments to back up your pick!