There’s a new lawyer in charge on USA Network’s Suits, and he wants to make one thing very clear: he’s not Jessica.

With Gina Torres’ power player moved to Chicago, Harvey assumes the title of managing partner at Pearson Specter Litt during Season 7 (premiering this Wednesday at 9/8c) and wastes no time putting his stamp on the firm.

In taking over for “his mother figure” Jessica, “it’s like he’s stepping into or out of — however you want to look at it — the shadow of a very successful, incredibly dominant parent,” executive producer Aaron Korsh says. “Harvey (played by Gabriel Macht) is not an ego-less creature, so he wants to show the world he can be as good as her, and certainly that he is not the same as her. He wants to make a statement, make a splash, send a message to the world: ‘I’m not her. You better get ready to deal with me.’ That’s going to drive him early [in the season], and it’ll have some pros and some cons to it from his point of view.”

Meanwhile, his former protégé Mike (Patrick J. Adams) is now legally practicing law, but “he’s a newbie from the real lawyer perspective,” Korsh notes. “He’s going to have some growing pains, dealing with being newly legitimate, and [the question of], ‘Is his past fully behind him?'” 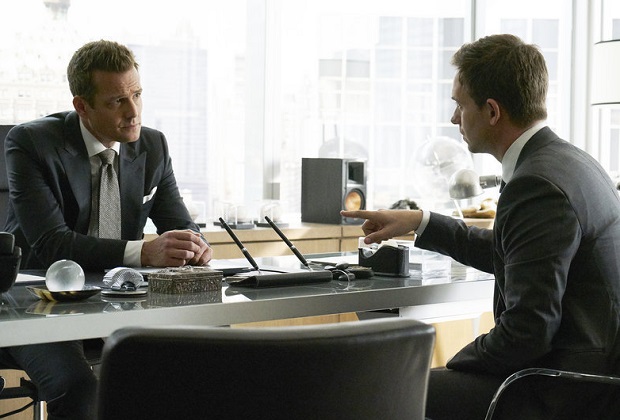 Plus, the junior partner’s deal with Harvey to take on a pro bono case for every corporate case will put him at odds with himself. 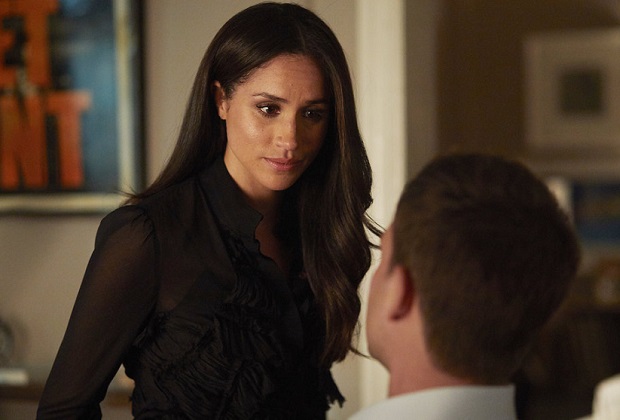 Mike’s fiancée Rachel (Meghan Markle) is also now a full-fledged lawyer on track to “rise up in her stature at the firm and have some new challenges vis-à-vis the politics of the firm,” Korsh previews. “Louis (Rick Hoffman) is having some trouble with the associates, and she’s going to get in involved with that.”

With all that the betrothed couple is dealing with professionally, it’s no surprise then that “their desire to spend time with each other versus [their desire] to succeed at the early, vulnerable parts of their careers is going to become a little bit of an issue.”

Suits fans, return to TVLine after Wednesday’s premiere for even more scoop — including the latest on Donna wanting “more.”