Natalie Zea is taking a detour from her TBS comedy to join Showtime’s White Famous.

The Detour star will recur on the upcoming Jamie Foxx co-created/co-starring series as Amy, a high-profile Hollywood agent to whom SNL alum Jay Pharoah’s up-and-coming comedian Floyd is drawn.

Additionally, Kendrick Sampson (How to Get Away With Murder) will recur as Robbie, a handsome British actor auditioning alongside Floyd. 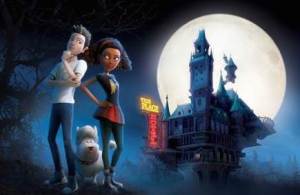 * Annie Parisse (Law & Order) has been cast as Mary Kay Patero, the daughter of Coach Joe Paterno (to be played by Al Pacino), in HBO’s movie about the Penn State sexual abuse scandal.

* Juliette Lewis (Secrets and Lies) will recur during Season 2 of the Epix comedy Graves as a blunt music manager/producer from New York looking to make Samantha the next big thing.