Moments after being introduced on Netflix’s GLOW, Jackie Tohn’s character, Melrose, proclaims that her special skill “is that I’m not f–king boring.” But it soon becomes clear that Melrose’s true talent involves hurling condiments, groaning theatrically and stirring up trouble among her fellow Gorgeous Ladies of Wrestling.

Allow us to explain.

Memories From the Set: Jackie Tohn 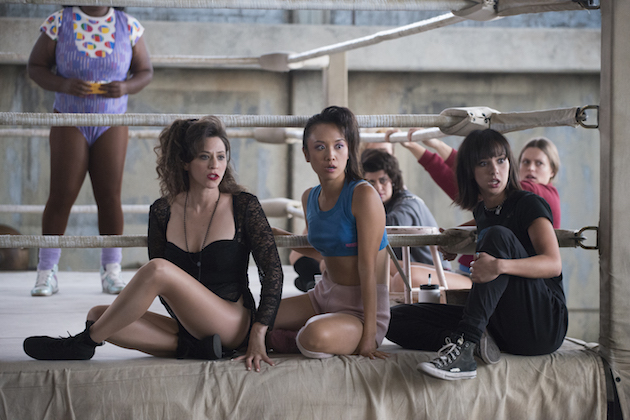 Taking part in the 1980s-set Netflix series about female wrestlers demanded weeks of hands-on training, yet Tohn tells TVLine that one of her toughest stunts came when Melrose chose the most disgusting way possible to needle newly promoted coach Cherry Bang (played by Sydelle Noel) about a miscarriage in her past. (In the comedy, the incident is jokingly referred to as a “womb goof.”)

If Netflix renews the comedy — “Based on [executive producer] Jenji [Kohan] alone, we’re optimistic,” Tohn says — there are a few details about Melrose that the actress wouldn’t mind having filled in. “I’d like to see her parents,” she says. “Who are these people that are just giving this girl a limo?”

Tohn has been acting for more than two decades, so we asked her to reminisce about some of her past TV roles. Flip through the attached gallery — or click here for direct access — to see what she has to say about her first (and second) ever speaking role on The Nanny, and how she has unintentionally followed her best friend onto three (!) of her hit TV shows, including House of Lies and The Good Place.