Degrassi: Next Class‘ fourth season — which you should definitely finish binging before reading any further — continued the franchise’s time-honored tradition of mixing the topical with the twisted, while also delivering a mighty handsome nod to its past. 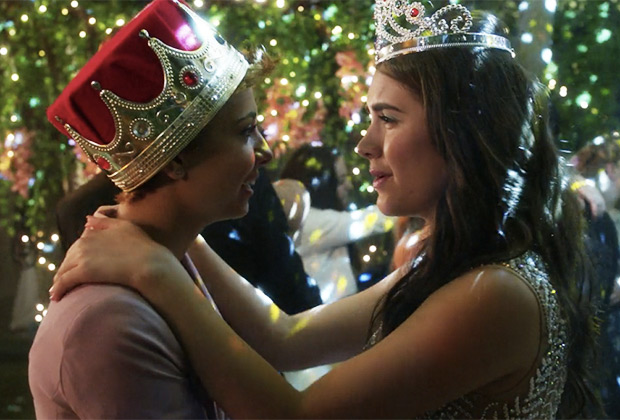 Honestly, I don’t think I can even exaggerate how “there” this season went. Hell, it wouldn’t even be too much to say that this season snatched the fandom’s collective wig — because a character literally snatched their own wig. (I’ll admit to gasping out loud.) But once the laughter subsided, the scene pivoted into a beautiful, one-of-a-kind, only-on-Degrassi moment for a character at a crossroads. #TeamYael

Given how much went down this season, you can imagine how difficult it was for Team TVLine to choose just 10 of our favorite moments, ranging from awkward encounters (i.e. Lola offending Saad) to wet-and-wild disasters (i.e. Tristan peeing on Miles). And yet, we managed.