THE PERFORMANCE | Listen, Melanie Scrofano is obviously always having a very good time as the title character. But as a possessed Wynonna… well, as the kids say today, she was “extra.”

In the wake of costar Dominique Provost-Chalkley giving us an entertaining taste of what the goo can do, Scrofano served up quite a showcase, shifting gears from sassy to savage, from brassy to brutal. From her very first scenes as Mictian’s new host, there was an added spring in her step, a sinister sparkle in her eyes (when they weren’t black, that is) as she whipped up a rat smoothie and later lobbied Doc for a nooner.

But when possessed Wynonna was unabashedly bad, Scrofano was even better, turning her behind-bars back-and-forths with Dolls and then Waverly into truly intense encounters. Storyline-wise, Mictian possessing Wynonna was a truly frightful thought, knowing how powerful this malicious entity could be with the gunslinger’s formidable talents at its disposal.

Capping the eventful hour, Scrofano got to return to “regular” Wynonna mode, as the antiheroine cleansed re-possessed Waverly (by way of some comical roughhousing from their childhood days), took back (almost) all of the caustic things she said to her sister’s girlfriend and, in the end, processed a sobering truth. Tackling an episode pregnant with possibilities, Scrofano delivered. 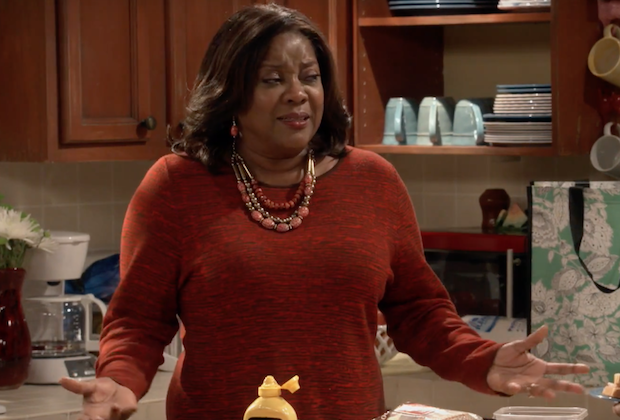 HONORABLE MENTION | The Carmichael Show’s Cynthia has rarely been at a loss for words, but she struggled mightily to utter a single syllable after Joe revealed that he had fathered a child with another woman. Loretta Devine skillfully channeled Cynthia’s broken heart as her alter ego came to grips with the betrayal. “I don’t know what I’m doing,” Cynthia whimpered as she furiously made Joe his lunch. “I’m doing what you did throughout our whole marriage, pretending that everything is normal when it isn’t.” Short of breath, she continued, “You’re not the man I thought you were. My best friend would never do this to me.” And as Joe left the room, a disoriented Cynthia slowly moved between the counter and kitchen sink, as if everything around her felt as unfamiliar as her husband. As performances go, it was simply divine. 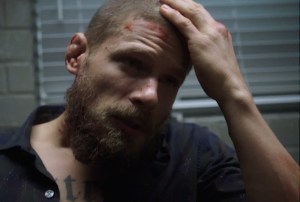 | The quiet opening moments of this week’s Kingdom were as engaging as any raucous MMA match, due to Matt Lauria‘s well-measured performance. Having beat an intruder to within an inch of his life, Ryan — despite the police detective’s repeated “suggestion” that he acted in self-defense — couldn’t shake the dredging of old feelings, from when he landed his own father in a wheelchair (an assault for which he served time). Ryan’s grief over this “relapse,” and primarily the fact that he could have let the burglar flee untouched, left his bloodied, bruised hand trembling, his face registering a certain self-loathing. Days later, Alvey would urge Ryan to reclaim his routine — but as played by Lauria, it’s clear that Ryan is having great trouble fighting off his remorse. 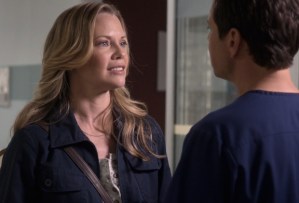 | The Night Shift‘s Annie has toed the periphery since her Season 2 arrival, but she’s sustained enough of a presence that Sarah Jane Morris was able to make an impact with the troubled character’s “farewell tour.” Having been shuttled off to rehab in last summer’s finale, Annie resurfaced this week to, yes, stir up some tsuris, but also to make peace — with Scott, whom she was splitting from, and then Jordan, whose life she has complicated far too often. As Annie made her amends, Morris made us feel the character’s aching sense of guilt for past trespasses, especially during what was surely a difficult sit-down with Jordan. She also had us believing Annie’s plan for a Wild-like, soul-searching adventure — when in reality, she was out to tragically end, and not upend, her life.