When Anneliese van der Pol initially heard that Disney Channel was plotting a That’s So Raven spinoff, she couldn’t believe it. In fact, she didn’t believe it.

“[Raven-Symoné] and I first talked about it a year ago when we were both in New York,” van der Pol, who co-starred on Raven from 2003 to 2007, tells TVLine. “I thought she was just calling me to hang, but then she told me that she and Adam Bonnett were discussing bringing the show back. Long story short, I just didn’t believe her. I was too worried to let it sink in for fear that it might not go through. But then it did go through, and it moved along real quickly. People don’t normally get second chances like this, so I could not be happier.” 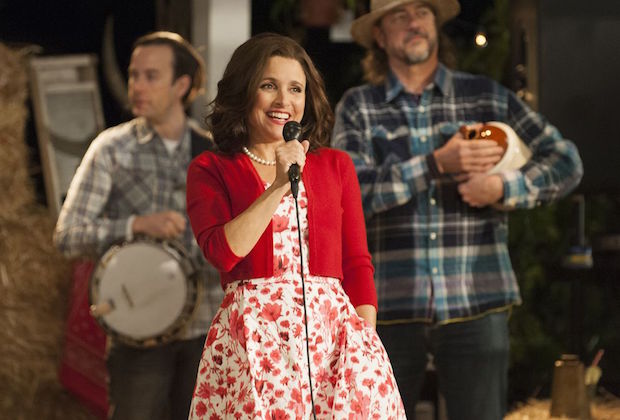 Picking up nearly 10 years after the original series wrapped its 100-episode run, Raven’s Home follows Raven (played by Raven-Symoné) and Chelsea (van der Pol) as they attempt to navigate the complicated world of parenting as two divorced, single women — a dynamic rarely (if ever) explored on Disney Channel.

“[Divorce] is very much a part of the show, and I could not be more proud to be a part of that,” van der Pol says. “That’s So Raven revolutionized Disney Channel in a lot of ways, some that people may not know, but our show was very diverse. We were a lot of firsts for Disney, especially doing so many episodes. We talk heavily about the characters’ exes, and we’ve talked about possibly doing a show regarding Chelsea’s last name. In the episode we’re shooting this week, Raven is a little down on herself as a single mother. She feels alone and trapped, and Chelsea kind of has to bring her back to the surface. They’re doing this as two divorced moms, and how great is that? We’re representing single moms all over the world, and I think that’s great.”

And you’ll be happy to know that after almost a decade off the air, the ladies haven’t missed a beat, with van der Pol noting that she and Symoné “haven’t stopped talking to each other, so that chemistry is still there.”

“The characters, I think, have also stayed in each other’s lives,” van der Pol notes. “And not much about Chelsea has changed. She’s still quite kooky and not always completely with it, but when it comes to more emotional situations, she still has heart like she always did. And Raven’s still getting them both into mischief, it’s just a little more adult mischief. I really don’t think the characters have changed very much, except that they’re now adults and mothers. They have this whole other responsibility of raising children.”

In fact, she notes that one of Chelsea’s biggest struggles is attempting to balance her inherently silly demeanor with her new responsibilities as the mother of a young son.

“Because Chelsea is so dim and silly not really with it, I have to choose carefully when she can be that way versus when she needs to put her adult hat — her mom hat — on,” she explains. “Chelsea’s son has definitely inherited her heart, but there’s also a nice juxtaposition where he’s actually quite smart. He levels Chelsea out, and he kind of helps her along sometimes. It’s funny to see a nine-year-old child schooling his mother. And he’s just so freaking cute, so it’s hard not to love him.”

But even though the show largely revolves around Chelsea and Raven’s respective children — including Raven’s son Booker, who inherits his mother’s ability to see the future — van der Pol says the parents give them a run for their money in the shenanigans department.

“I don’t know if the parents are given the opportunity to be as funny as they can be sometimes,” van der Pol admits. “They’re often the B-story, which we are too at times, but Disney also has a lot of confidence in us. We’re allowed to be wacky and zany and funny, because we proved ourselves before. I’m hoping this is a cool show where the parents are cool too, which is not always the case.”

Raven’s Home premieres Friday, July 21 at 10/9c, following the world premiere of Descendants 2. Drop a comment with your hopes for the spinoff below.