It was some fun, and of course games, as ABC revived the Battle of the Network Stars competition on Thursday night.

The inaugural edition of the reboot pitted a “TV Sitcoms” team (populated by Fuller House‘s Dave Coulier, Roseanne‘s Tom Arnold,  The Goldbergs‘ AJ Michalka, Growing Pains‘ Tracy Gold and Perfect Strangers‘ Bronson Pinchot) against a brood of “TV Kids” (Facts of Life‘s Lisa Whelchel and Kim Fields, Blossom‘s Joey Lawrence, High School Musical‘s Corbin Bleu, Modern Family‘s Nolan Gould). And the reactions are bound to vary depending on if you, as I did, grew up with watching the original series of specials… umpty-ump years ago. 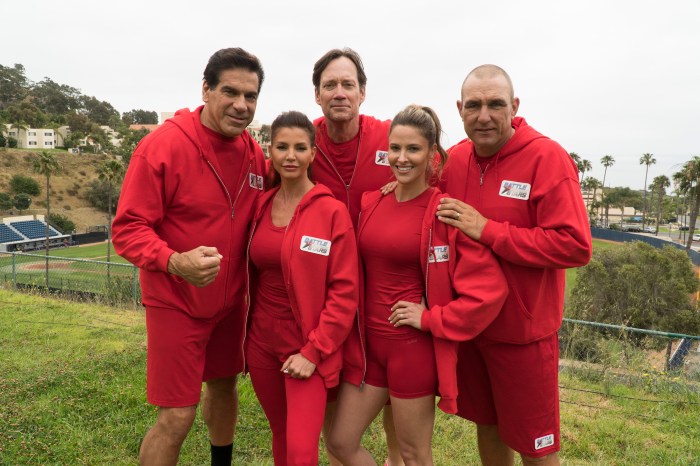 All told, the new Battle feels more like a skirmish. For one, it’s a head-to-head competition between just two diplomatically themed teams of five, whereas the original series famously fielded bigger teams branded ABC!, CBS! and NBC! The new Battle is too small and too quiet, with, for example, no cheering crowds surrounding the swimming pool. It feels as if it’s the 10 celebs, the two coaches (MMA champ Ronda Rousey and NFL vet DeMarcus Ware), a pair of vanilla hosts and the camera crew… and absolutely no one else observing the proceedings.

On top of that, of course, is the “star wattage” factor. It was a thing, back in the day, to watch dozens of actual stars of current shows reveal their truer selves away from the soundstages. Here, due to the teams’ “hybrid” makeup, the experience is more miss-and-hit, relying heavily on your interest in re-watching Lisa Whelchel and Kim Fields brave the monkey bars and tug-of-war as they did decades before. It’s almost a mere “bonus” that you get Modern Family and Goldbergs cast members thrown into the mix.

That said, the participants’ spirits were as high as could be, egged on as they were not by cheering fans but by stock sideline reporters. Fields in particular came off as funny in a “live wire” kind of way, Whelchel was winning and lovely, and the sometimes over-the-top Dave Coulier kept himself modulated. Tracy Gold and Joey Lawrence maintained comparatively low profiles throughout, with the latter’s biggest moment coming as the target of some shade from Rousey. Corbin Bleu will probably book a role off of his charming showing here.

All of which is to say that any given installment of the 10-episode revival may live or die based on the cast at hand. I’m already questioning this opening pair-up (ABC seems to have been milking the nostalgia factor), and will be curious to see how the forthcoming face-offs fare. 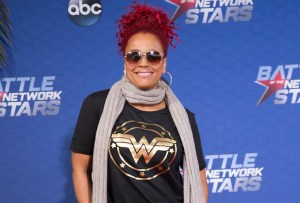 your own vote for the modern Battle, some parting ponderings:

* Did the hosts’ Wide World of Sports blazers look cheap and ill-fitting, or was it just me?

* Anyone else find it “interesting” that Marvel sibling ABC blurred out Fields’ t-shirt on-air?

* Did Tom Arnold realize his eyeglasses’ stems weren’t resting on his ears? #Rhetorical

* Is that really how Joey Lawrence throws a ball? Had AJ Michalka handled a tennis racquet before?

* Did Pepperdine University get any advanced notice that it’d be hosting the show? Some of those playing fields looked rough.