As you might surmise from watching its first seasons, unleashing Zoo on summertime audiences has been no less than “two tons of fun” for the CBS thriller’s cast and creatives, Billy Burke avows.

One need look no further than Zoo‘s sophomore finale for proof of its “anything goes” ambitions, as a pack of hybrid creatures attacked veterinary pathologist Mitch Morgan, who had sacrificed his life for a greater good. Cue a 10-year time jump, where a sterilized mankind is watching the last of the children graduate grade school, just as word gets to Abraham that Mitch in fact is alive.

But how? And why? And what new threats await Jackson, Jamie and the team? Burke shared with TVLine a sneak peek at Season 3, which arrives this Thursday at 10/9c (leading out of Big Brother).

TVLINE | I must tell you, toward the end of last year’s finale I thought that Mitch was truly and sincerely dead, which would have been a real blow to the show. Thank God that Clementine showed up and said what she said.
It’s not something I can say that I didn’t know beforehand. But yeah, it’s a good way to almost sort of pull the plug on Mitch.

TVLINE | When did the producers give you a sense of how it was that Mitch survived?
Oh, pretty early on – a couple of weeks before we started shooting that episode. The approach was, “Here’s what were going to do. Check it out.” And I’m pretty much always down with [the writers’] ideas because this is the wackiest show on television.

TVLINE | In the best ways, though.
Yeah. I just can’t think of another show that serializes the kind of things that this show does, and keeps it going without even really giving the audience time to think about what just happened, because then another crazy thing happens.

TVLINE | That’s a running joke I make, that the characters will often stop and say, “All right, let”s talk about what just happened….”
And then here comes something else to attack us! As we have the conversation.

TVLINE | What are you 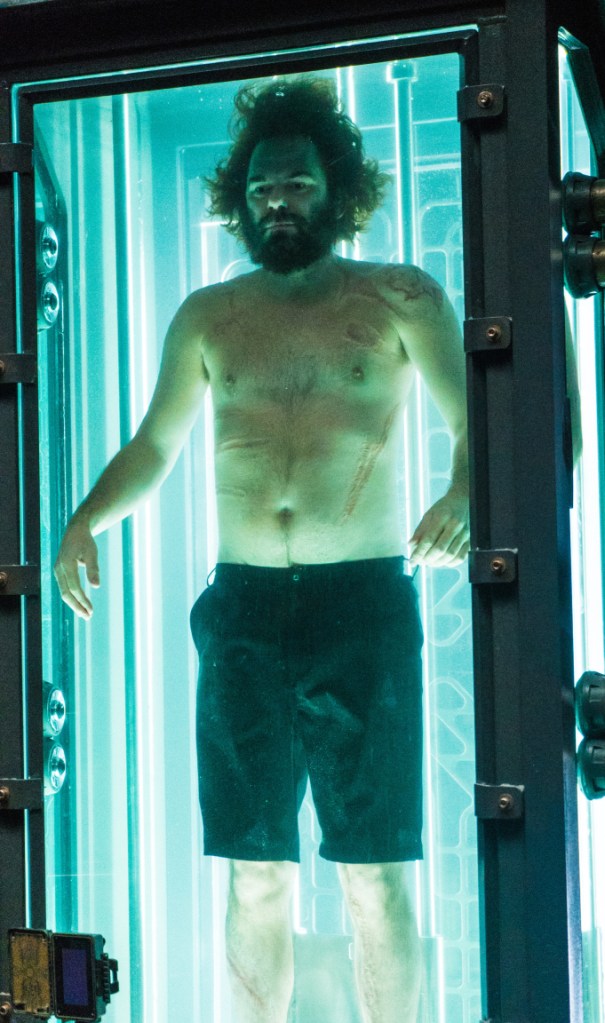 at liberty to share about the how and the why of Mitch surviving? I see scars on his torso, so it appears the hybrids did in fact maul him.
Yeah, that wasn’t a dream or anything like that. It did happen. He got rescued at some point and put into this, for lack of a better term, “statis/preservation tank.” And he’s been there for quite some time.

TVLINE | I’m thinking that he’s maybe being kept there because there’s some value to him, having been mauled by the hybrids?
He was preserved for his knowledge, for sure. Somebody needed to keep him alive, and I don’t think it’s giving away any secrets to say that that individual becomes the new villain of this season.

TVLINE | In one of the “statis tank” photos, there’s a pair of sketchy gents trying to spring you….
Right. I don’t know whether or not they’re successful in that attempt [Laughs], but that does happen.

TVLINE | As far as that actual, physical set-up, is there some Hollywood magic going on? Is Billy Burke actually suspended in some sort of liquid? Is that your real, flowing mane?
Oh yeah. Oh yeah. And by the way, that’s allll mine. [Laughs] All the hair is mine. I grew all that over the couple of months before we started shooting, because I was clued in to what we were about to undertake and I thought that in order to give it some validity and realism, I might as well just go ahead and do that.

TVLINE | I love that you did that. I’ve seen too many “bad “wigs take viewers out of the moment.
Yeah. We also went ahead and made a prosthetic double of me to use for some shots that would go on for days and days and I couldn’t hold my breath that long. We had a “non-live” guy who was sitting in there a lot of the time. But yeah, the live shots that are obviously a guy alive in the tank, that’s me.

TVLINE | Do you get to take home the prosthetic double at some point, for pranks and what not?
[Laughs] Now what am I going to do with that? It’s actually like a full, human being-sized dummy. I don’t think I want that in my house!

TVLINE | What can you 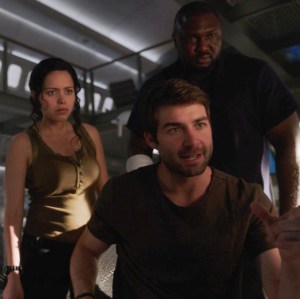 say about the larger Season 3 story? Is it the hybrids’ world and we’re just living in it?
It’s partly that; they’ve taken over part of the planet. All these years, Jackson has been holding them off in what they call “hybrid territory,” which is on the west side of a wall that’s been built down the middle of the United States. You’ll see throughout the season how the villain that put me in the tank ties in to what Jackson’s been doing for the past 10 years, what Abe and Dariela have been doing, and the on on the other side of it, Jamie has been off on her own in New York.

TVLINE | Jamie, it was established, has been writing books about or inspired by the events of the first two seasons…? 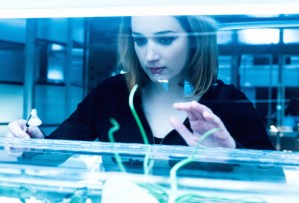 That’s correct. She had a lot of success with those books and used that money for her own “crusade.”

TVLINE | I can’t imagine how she’s going to react to learning that Mitch is alive. Those two have been through a real “Will they/won’t they” odyssey.
Yeah, it’s pretty cool how they unpack it, actually.

TVLINE | What can you share about the new characters we’ll get to know this season?
You’ve got a grown-up Clementine, Mitch’s daughter, played by the same gal [from the finale] — Grace Dzienny, who is fantastic. She through no fault of her own and the circumstances that have arisen in the past 10 years gets thrown into the brand-new battle, with this new super-power that has arisen. 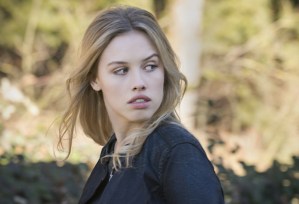 That [new villain], Abigail (played by The Expanse‘s Athena Karkanis), is the big bad purveyor of all things hybrid.

TVLINE | Mitch is so chill and so often snarky, I sometimes have a hard time getting a read on if Billy Burke is having a good time here. What’s your take on Zoo’s ongoing success and pretty easy renewals?
Well I can tell you this: If Billy Burke wasn’t having a good time, Billy Burke wouldn’t be there! This show has been nothing but two tons of fun for all of us. There’s a really great balance of making an action drama and getting the tone that we’re going for, and over the past few seasons we really made a steady march toward what the tone of this show could and would be. It’s a balance between giving the audience a steady and exciting ride and not taking itself too seriously. I think we’ve been able to continue to grow in that direction, and the writers and producers have done a great job with that.

On the other side of that, in the practical sense on set every day, we just enjoy doing it. We enjoy the company. And everybody new who has come in, they all automatically get it as well. They all come in with that attitude of, “Let’s have some fun! Lets kick this s–t up.” And that’s the way it’s always been.

TVLINE | Mitch could trade some war stories with Revolution‘s Miles Matheson, huh? “Think your life is crazy? Hold my beer.”
[Laughs] I suppose they could, yes!

Want more scoop on Zoo, or for any other show? Email InsideLine@tvline.com and your question may be answered via Matt’s Inside Line.