The CW drama’s season finale on Tuesday set up what will be a very different Season 4, with the undead out in the open. But before we get into what that means for Liv & Co., let’s recap just how zombies came out of hiding.

After discovering that a faction inside of Fillmore Graves, led by Carey Gold, was responsible for Wally and Vivian’s deaths, as well as the Aleutian flu outbreak, Chase Graves shot his right-hand woman dead. But it was too late to abandon her Plan B, so Chase committed to it, inserting zombie blood into the flu vaccine. As a result, every person who got the shot — Clive’s newly in-the-know ex Dale Bozzio included — began to turn into a member of the undead.

Via a news broadcast, Chase revealed the truth to the world, assuring the human population that Seattle’s many brain-eaters will stay put — as long as some of the dead donate their noggins to keep them fed. (Carey’s plan, it turns out, was to create more zombies, not procure more brains, because she viewed Plan A, aka Zombie Island, as a cowardly death sentence.)

Elsewhere, Major had Chase turn him back into a zombie following the massacre of his buddies and Natalie, while Ravi decided to test a zombie vaccine on himself by having Liv scratch him.

Below, executive producer Rob Thomas previews the show’s new direction, and why it’s a challenge for Liv and Major. Plus, the EP teases Ravi’s “fun” storyline, Blaine’s new venture and more.

TVLINE | Having the citizens of Seattle — and the rest of the country — learn about zombies really opens up the world of the show. What are you excited to explore with that?
Oh my God, the whole thing! It’s going to be a radical change. Zombie-ism is out in the open, so it’s going to be the top news story in the world. Seattle just became, effectively, a nuclear power. In fact, each of the 10,000 zombies now living in Seattle is its own sort of nuclear threat, if he or she wanders out of the city and scratches someone. I’m really interested in playing the dynamic of humans and zombies trying to live side-by-side. It’s going to create all sorts of issues this coming season.

It’s all going to feel very different. It’s going to feel a lot like West Berlin — God, we’ve used a lot of analogies — [and] like every day, you’re in the middle of the Cuban missile crisis. There’s going to be politicians across the globe wanting to nuke Seattle. Essentially, Seattle is holding a half million humans hostage. If you want to kill the 10,000 zombies in Seattle, you have to kill half a million innocent humans, too.

TVLINE | We know what Major’s part is in all of this via his job at Fillmore Graves. Does what’s happening push Liv into a more public role as a zombie?
Yeah. Fillmore Graves is urging all zombies to tan and dye. They don’t want zombies to be recognizable, because they don’t want the government to be able to tell the difference between the humans and the zombies out there. So Liv is still going to stand out, although Liv’s not going to be the only zombie in Seattle who’s refusing to tan and dye. We think about one in 20 are going to rock that look. But she’s also in an interesting job. One of the long arcs is she’s going to make a name for herself, but I want to hold the details of how she’s going to do that. 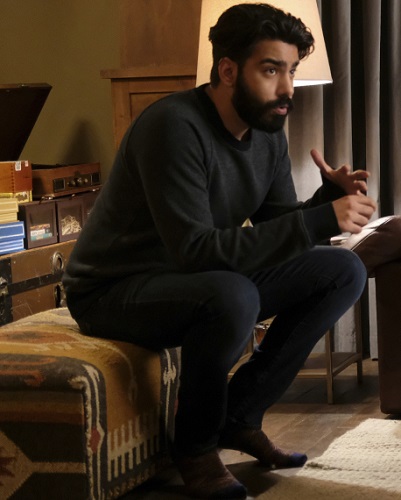 TVLINE | Without giving away what happens, can you talk about the decision to possibly have Ravi become a zombie? Was there a lot of debate internally in the writers’ room about whether you should make yet another character part of the undead?
Yeah, we debated that a ton — and I’m not saying he is a zombie. That will be revealed right away [in the Season 4 premiere]. We will not make the audience wait for that, and we will promise that it did not kill him. [Laughs] Ravi will be around for Season 4. The results will be fun. We’re actually pretty excited about what happens to Ravi.

TVLINE | We’ve seen the challenges and the downfall of zombie/human romance before. Is there more hope for Clive and Dale than there was for Liv and Major?
I can’t promise that the result will be any different. The thing that we wanted to do is not tell the exact same story. I’m not saying that Bozzio and Clive will have a happier ending to their human/zombie relationship than Major and Liv, but I will tell you that it will go a different direction.

TVLINE | Did I sense some disappointment in Liv’s voice about Major’s decision to become a zombie again?
Yes. 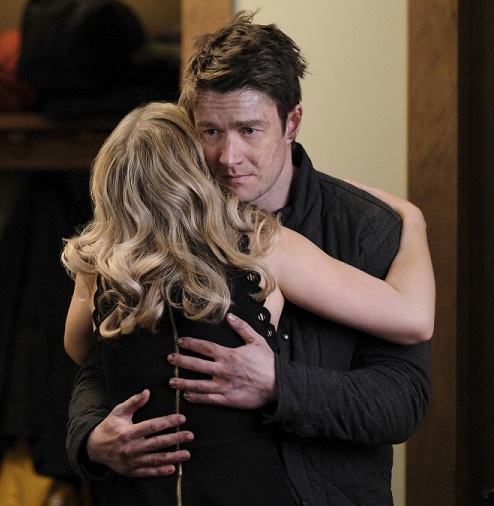 TVLINE | What is their dynamic going forward, then?
There’s going to be a political divide between the two of them going into Season 4. We keep using these analogies in which this new version of Seattle is like Israel, the humans are Palestinians, and that Major is lining up sort of in the [Israeli Prime Minister Benjamin] Netanyahu camp, and Liv can’t quite deal with it.

TVLINE | Can the new restaurant be called Meat Cute Again?
[Laughs] I believe the name of the restaurant is going to be Romero’s.

iZombie fans, what did you think of the season ender? Grade it via the poll below, then hit the comments to back up your pick!