I honestly can’t remember a show that squanders a talented cast as thoroughly as Netflix’s new comedy Friends From College does. It’s borderline criminal.

There’s no question the show (releasing Friday, July 14) is blessed with an all-star team of comedy actors: Keegan-Michael Key! Cobie Smulders! Fred Savage! Billy Eichner! Nat Faxon! Heck, you could just put these guys in a room together and film them joking around without a script, and it’d be worth watching. But here, they’re saddled with unlikable characters, a distasteful infidelity plot and an erratic tone that never quite finds itself. I’m even tempted to put the word “comedy” in quotes, because I didn’t laugh very much while slogging through the first few episodes. (Maybe “non-comedy” is more accurate?) 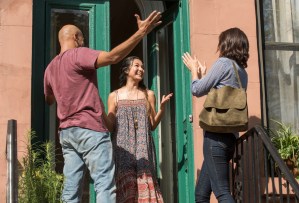 College centers on married couple Ethan (Key) and Lisa (Smulders), who move back to New York and reunite with their old college buddies from the ’90s, including ultra-successful designer Sam (Annie Parisse), literary agent Max (Savage), perpetual slacker Nick (Faxon) and New Age-y actress Marianne (Jae Suh Park). But they’re not exactly as tight as they were back in their Harvard days: As Lisa puts it, they’re now carrying around “twenty years of grievances, built up and ready to explode.”

And there is a ticking time bomb waiting to go off, actually: Ethan and Sam have been sleeping together since college, and still are, despite being married to other people. Their illicit affair dominates College‘s plot, as they deal with suddenly living in the same city, questioning their tryst before inevitably falling back into it… and it’s kind of revolting. The writers seem to be going for a bittersweet, antihero vibe with this — hey, Carrie did it on Sex and the City! — but the cheating storyline doesn’t say anything profound about love or relationships, and it just makes us hate the two main characters from the get-go. It’s a fatal miscalculation that sucks all the fun out of the show. 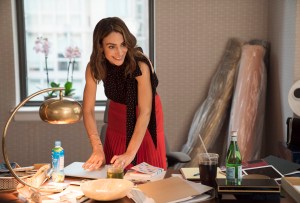 I do want to single out Parisse as a bright spot here, because she’s quite good as the neurotic, conflicted Sam. She’s amusingly awkward as Sam tries to compensate for her sins by being extra-nice to Lisa — she buys her a bed out of guilt — and she really gives us a sense of Sam’s churning inner turmoil. (Parisse seems to have a good idea of what the show’s tone should be, even if the writers don’t.) Ethan really should be conflicted, especially since he and Lisa are trying to have a baby. But he’s not, really, and that makes it impossible to connect with Key here, despite his inherent charm. (Sam’s husband, played by Greg Germann, is a one-dimensional douche created solely to make us sympathize with Sam’s infidelity.)

Beyond the cheating plot, which is off-putting enough to sink the show on its own, College is just a hodgepodge of strained jokes, immature antics and clashing tones. The pilot starts out with low-key, observational humor, but then it swings into frantic, over-the-top physical comedy in later episodes, with lots of unfunny yelling. They even recycle the dusty old sitcom plot of replacing a friend’s deceased pet — in the second episode! It’s as if the writers are fumbling around for the right tone, counting on the fact that assembling these great actors will be enough to carry the show while they figure it out. It’s not. 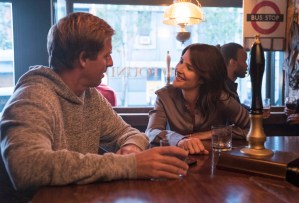 The waste of talent here is truly galling. Savage gets one memorable scene where Max sniffs cocaine and tap-dances — it’s prominently displayed in the trailer — but he’s mostly sidelined, along with Faxon and Park, while the show focuses on Lisa and Sam’s tiresome affair. Eichner, one of the funniest people on the planet, is reduced to sulking as Max’s grumpy boyfriend Felix. Guest stints from Kate McKinnon and Ike Barinholtz — also very funny people! — fail to liven things up. Just through the sheer power of their comedic brilliance, the actors do manage to sell a joke or two, but those are few and far between. (At least hearing old ’90s songs on the soundtrack is fun.)

You know how sometimes you reunite with old friends, and you realize you don’t really like them all that much anymore? That’s how it feels to watch Friends From College: These are pretty terrible people, and not even in an interesting way. Even spending a half-hour with them seems too long. The character I ended up relating to the most was Felix… who just wants all of these people to shut up and leave him alone.

THE TVLINE BOTTOM LINE: Don’t let the cast fool you: Friends From College is a dismal non-comedy, with insufferable characters and few laughs.