Well, it’s not Tony Soprano munching on onion rings in a Jersey diner before the screen cuts to black… but it’s close.

Fargo‘s third season wrapped up on Wednesday with maybe the most ambiguous final scene since that controversial Sopranos series-ender a decade ago: Gloria, now a Homeland Security agent five years later, sits across an interrogation-room table from slippery villain V.M. Varga, vowing to send him away to rot in Rikers while she enjoys a fried Snickers bar at the state fair. Varga disagrees, saying his lawyers will pop in any minute and he’ll walk out free as a bird. They wait, we wait, the clock ticks, Beethoven plays… and the episode ends before we find out who was right.

After a baffling (and brilliant) final scene like that, we had to reach out to showrunner Noah Hawley, who wrote the finale, to get an explanation. Plus, Hawley talks about Emmit’s years-later taste of “cosmic justice,” delivered by Mr. Wrench; Nikki’s desperation to avenge Ray’s death, which led to her own demise; this season’s Big Lebowski obsession; and Hawley’s recent suggestion that this might be the last episode of Fargo (no!) we ever get to enjoy. 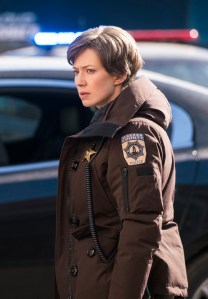 TVLINE | Why did you choose to end the season on such an ambiguous note? Is this the Fargo version of the classic “glass half-empty/glass half-full” test?
I think so. I always joke that Fargo is a tragedy with a happy ending. The movie is that, and I think for our first two years… you get a sense that, even though terrible things happened, everybody’s gonna be OK. I guess this season, and this moment in time, I felt from very early on… I probably decided in the middle of last year, when we were breaking the show, that I wanted to end this way. And when it came time to write the script, I still felt it was the strongest ending.

Which is to say, it’s sort of up to you. Do you think it has a happy ending, or do you think it’s just a straight tragedy? Are you an optimist, or a pessimist? It’s some more active engagement that I’m asking you to make with the show, and I know some people won’t like it. It’s not life-or-death, like Tony Soprano. But I am leaving it to you, the audience, to decide, and you do have these options of Rikers and Snickers bars, or [Varga]’s going to walk out a free man and go back to doing what he was doing. I think it’s important every once in a while to ask the audience to participate in the story you’re telling.

TVLINE | But either way, Gloria’s still going to that state fair with her son and enjoying a fried Snickers bar — so she still wins in the end, right?
Exactly, yeah. She survived, and she’s going to raise her son. But to the degree that there is a thing called justice, is it going to be done? And as with our mythical bowling alley, there’s a difference between human justice and cosmic justice, I guess. It feels like we were looking at that a lot this year.

TVLINE | Speaking of which: The finale also gave us a five-year time jump near the end. Was that to show how justice can catch up with people like Emmit, even if it’s years later?
Yeah, and he did [get away with it] for five years. My feeling is, when you’re saying it’s a true story, the reality is that these cases drag on, and sometimes they go cold for a long time. In drama writing, there’s a gravitational pull to set things in a linear story. I remember from my broadcast days, making a cop show: If you sent a cop home at night to have dinner, everyone would go, “He doesn’t care about the case! Because he’s having a life!” And you have to say, “No, this is just how it goes, people. Life goes on.” [Laughs] So there’s this sense that if you’re not moment-by-momenting the story, somehow the stakes are lower, which I don’t think so. 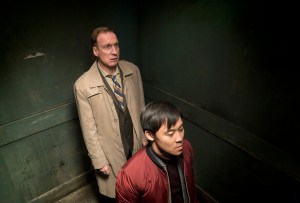 TVLINE | Varga was such a supernatural force of evil this season. When Nikki found his clothes in the elevator, I actually thought he might’ve vanished in thin air.
[Laughs] It was just his overcoat. He didn’t shed his skin or anything.

TVLINE | Did you shoot any footage of David Thewlis crawling around in that elevator shaft?
No, it was always just implied. And I showed you the way out. But we had a scene in the first year where Malvo went down to the basement and Lester came down, and Malvo was gone. And there was no obvious way out of that basement. So it does raise a certain question of the mystical… which I’m OK with.

TVLINE | Nikki really transformed into this avenging angel in the final episodes after Ray’s death. Early on, I doubted whether she really cared about him, but she died trying to avenge him.
Yeah, certainly, I entertained all options early on in creating the character. And I just couldn’t find myself liking or being that interested in the femme fatale. I think that idea had some traction in the writers’ room, but… I’m a big believer that you need to give audiences relationships that make them feel good, and make them feel safe. I don’t believe you need conflict in everything.

I liked this idea that Ray and Nikki are in love, and they have this plan, and their morality’s a little skewed, but he loves her, and she loves him, and she’s the only person in his whole life who ever thought he was the better brother. I think we really love her for that. Therefore, that makes his death more tragic. If she was just playing him, then the death doesn’t mean anything. But if she loved him… she had the opportunity, in that seventh hour, when Shea Whigham’s character said, “Play the domestic violence angle,” she probably could’ve navigated her way out of that. But she would have to be willing to say she didn’t love Ray, and she couldn’t do it. And Ray couldn’t do it in the fourth hour, when he was given a way out of his firing. I think the most important thing to both of them is each other. 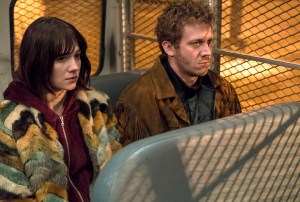 TVLINE | Nikki also teamed up with Mr. Wrench, who was a character back in Season 1. Is he now required to show up in every season of Fargo?
No, it’s funny, because I did obviously put a version of him in the second year, which… I guess I wasn’t thinking about that too much when I wanted to put him in this one. It just seemed like, in terms of the connections we could have, two years after our first season, he was the only living one. I suppose I could’ve brought Allison [Tolman] back or something.

I was just trying to play to the randomness, this sort of truthiness… what is the plausible way in which you could make a connection to a character from another season? And I just really loved the idea, and that seventh hour is really kind of a downer: [Nikki] gets walked out to that prison bus to the saddest music. And then we pull back to reveal Mr. Wrench, and my hope was that there’d be a thrill to it. The drums kick in, and just this feeling of, “Just when you wrote her off…” And you thought, “Oh s–t, is she going to jail? Is she off the show? We’re not gonna have to go to jail with her, are we?” Suddenly, in the last six minutes of that episode, everything changes.

TVLINE | I noticed a lot of Big Lebowski references this season, and not just the bowling alley. Was that your main Coen brothers movie touchstone this season?
It was certainly in there. I mean, it’s not my goal to imitate the Coens, but I do feel like the familiarity of those stories can be used to create unexpected moments. There’s something interesting that happens when you find yourself in a bowling alley in the eighth hour of the show, literally with the same exact shot that they use in that movie, and yet rather than the Cowboy and the Dude, it’s a guy who’s bleeding from his ear [Laughs] and some form of cosmic justice being meted out. My assignment here is to have a dialogue with a pair of filmmakers, and the full scope of what that can be, cinematically and story-wise. The stories that I create, and the amusing references… it’s my assignment to make them Coen. I’m pushing the boundaries of it every year, because we can’t just repeat ourselves. 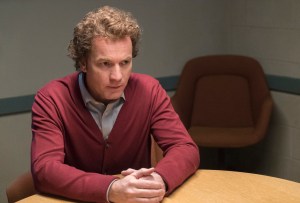 TVLINE | Yeah, you’ve mentioned that this might be the last season of Fargo, and that you don’t have an idea for another season at this point. Did you usually have an idea for the next season by this point of the current one?
Yeah, I guess I did. The idea for the second season didn’t really come until the [first] season was done… but the conversation I’ve always had with FX is: The only reason to make another is if we think it can be as good or better. That first year, I think it sets a benchmark. None of us want to be reading the reviews that say, “This show is a shadow of its former self.” The only reason to do it is if there are stories still to tell, and if you feel like you can make something great.

I don’t have another ten hours of story in my mind yet. But I love making this show, and I haven’t yet found another story type that’s as expansive, and allows me to explore this comic crime story at the same time as expansively looking at the human condition, and exploring the big questions of the universe. It’s sort of rare. So one would be a fool to walk away from that opportunity. But at the same time, there’s a certain makeup to the film that’s limiting on some level. It has to be a crime story. There should be a force of goodness and a force of evil, and a moral struggle in the middle. And how many versions of that can you do, doing something original? So all of those issues, I’m struggling with. And I’m doing it actively. But at this exact moment, I don’t know when we would do it, because I don’t have the idea yet.

Time to weigh in, Fargo fans: Give the Season 3 finale a grade in our poll, and then hit the comments with your post-finale thoughts.