Less than two years after the Crawleys bade farewell to their international audience, a plan is in motion to reopen the doors of Downton Abbey.

“There’s a movie in the works,” Michael Edelstein, president at NBCUniversal International Studios, told the Associated Press this week at the opening of Downton Abbey: The Exhibition in Singapore. “It’s been in the works for some time. We are working on getting the script right, and then we’ve got to figure out how to get the [cast] together. … But we’re hopeful to make a movie sometime next year.” 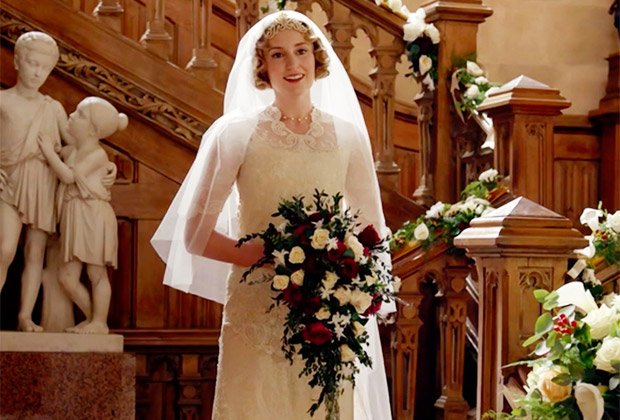 But getting the original stars back together could be easier said than done. When asked about the movie’s prospects, Sophie McShera (who played cook Daisy Mason) told the AP, “We have no idea if it’s happening … but we would all love to be part of the film if it was to happen.”

Laura Carmichael (aka Lady Edith) also quipped, “Tell my agent, because we’re still waiting to know [if the movie is coming together]. We’re hoping that will happen soon.”

Many cast members from the British import, which aired Stateside on PBS from Jan. 2011 to March 2016, have already gone on to other projects since the show wrapped production: Michelle Dockery (aka Lady Mary Crawley) is now stirring up trouble on TNT’s Good Behavior; Dan Stevens (the late, great Matthew Crawley) is headlining FX’s Legion; and Brendan Coyle (John Bates) is cleaning up on the Esquire Network’s Spotless.

Are you hoping that a Downton movie comes to fruition? If so, what are you hoping to see? If not, why not? Whatever’s on your mind, drop it in a comment below.