Orphan Black is no stranger to disturbing imagery — remember what Helena did to Henrik Johanssen? How about the tail? — but Saturday’s violent death of skittish clone M.K. (played, of course, by Tatiana Maslany) is particularly difficult to watch. 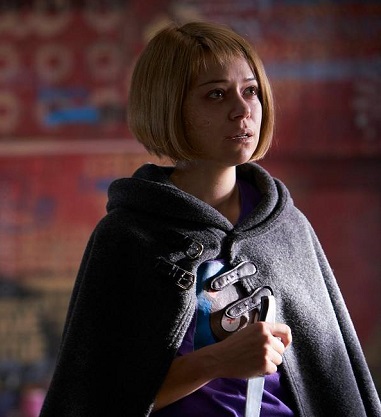 In order to help Sarah escape with Kira, Veera/M.K. pretends to be her sestra, who is pretending to be Rachel. But Ferdinand isn’t entirely fooled by the disguise as he spots M.K.’s facial scars underneath the blond wig. He seizes the opportunity to cross off two revenge fantasies at once by punishing M.K. for stealing his money, while also getting his anger out at Rachel. (His sex partner refuses to indulge him and hit him now that P.T. Westmoreland has changed her life. #crymeariver)

“Pardon me, Rachel, after all those years I invested in you, all that money, which is so fantastic because you stole it from me, didn’t you, Veera?” he sneers, pinning the clone to the ground. “I even get to finish Helsinki,” he adds, referring to the clone purge that M.K. survived. 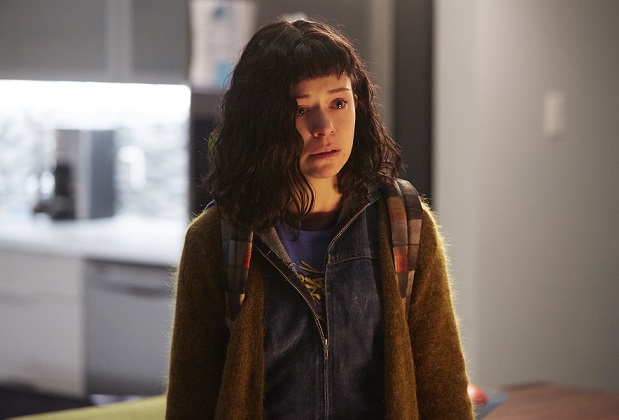 With that, Ferdinand brutally and repeatedly stomps on poor M.K.’s chest, exclaiming, “You hurt me, Rachel!” until she’s dead. Just the sound of her bones being crushed is more than enough to induce nightmares. Then there’s the added heartbreak of knowing M.K.’s demise came just as she was finally starting to fully integrate into Clone Club, with Sarah reassuring her sick sis, “You’re with us now.”

That isn’t the only extreme act of violence in the episode. Helena, fearful that her neonatal doctor is a Neo, stabs the other woman with a needle — through her cheek, tongue and other cheek, pinning her to the hospital bed! Eek! That kind of horrific imagery is expected from Helena, but the disturbing fashion in which M.K. went felt like a gut-punch that won’t soon be forgotten.

Orphan Black fans, what was your reaction to M.K.’s death? Hit the comments with your thoughts.