THE EPISODE | “Sing It, White Effie”

THE PERFORMANCE | The 2017 Emmy Awards are still months away, but after seeing Brooks’ triumphant work in the prison dramedy’s fifth season, we’re already thinking ahead to the 2018 Emmy cycle. Anyone who’s watched Episode 5 is likely doing the same.

When Taystee emerged from Litchfield’s barricaded entrance, the press was at first less concerned with her than the well-being of Martha Stewart stand-in Judy King. But ultimately, it was Poussey’s best friend, a ball of pent-up anger over her murder, who got — and held — the reporters’ attention. With painstaking force, Brooks delivered a speech that started as an attempt to do right by the fallen inmate and, along the way, became a devastating critique of racial and class inequity, and an unjust judicial system.

“Our fight is not with Judy King. Our fight is with a system that don’t give a damn about poor people… and brown people… and poor, brown people. Our fight,” Taystee said, pausing to wipe away tears, “is with the folks who hold our demands in their hands… Those demands are fair and necessary, and show that we intend to keep this demonstration peaceful and focused on change.”

And just like that, not only did Taystee become the unofficial face of the ongoing protest happening at Litchfield, but Brooks became the true star of OITNB‘s fifth season. “You ever think about a career in the church?” Allison asked after Taystee made her way back inside. “That was something.” As for Brooks, she’s something else. 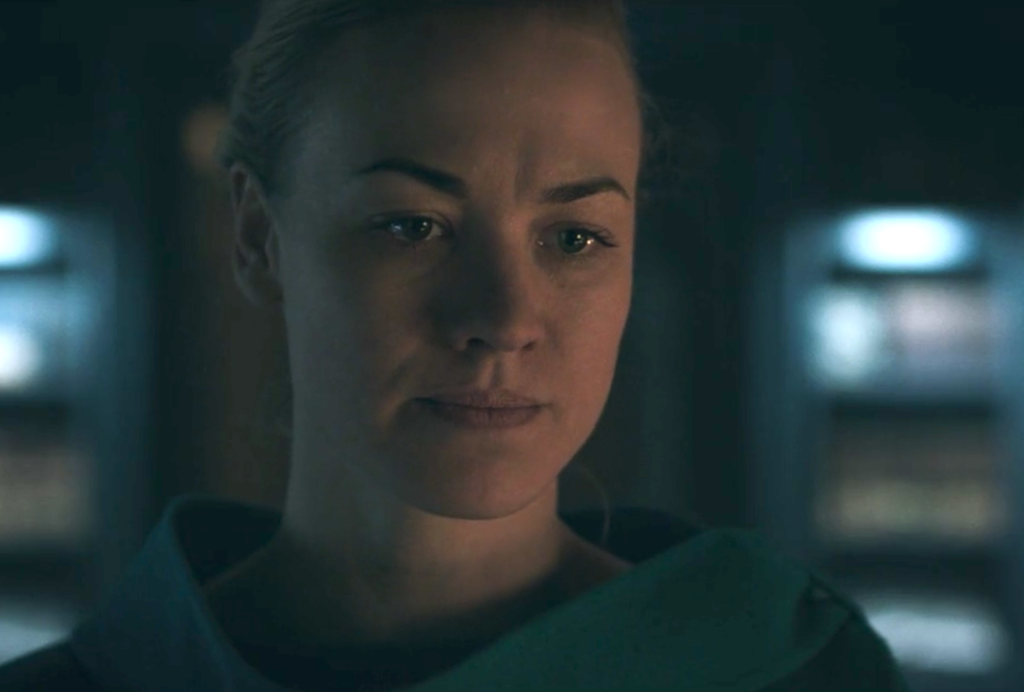 HONORABLE MENTION | She’s been a villain all season long on The Handmaid’s Tale, but Yvonne Strahovski expertly peeled back yet more layers to dutiful wife Serena Joy in this week’s finale, revealing a conflicted heart at her core. Strahovski was terrifying as Serena savagely lashed out at Offred for her secret rendezvous with Commander Fred, and chillingly cruel when Serena teased Offred with a glimpse of her daughter, only to heartlessly yank her away. But Serena also stood up to her husband Fred, confronting him about his lies and hypocrisy. Strahovski’s rubbed-raw intensity as Serena unloaded on Fred — “You can’t father a child because you’re not worthy” — almost made us root for her. Almost. 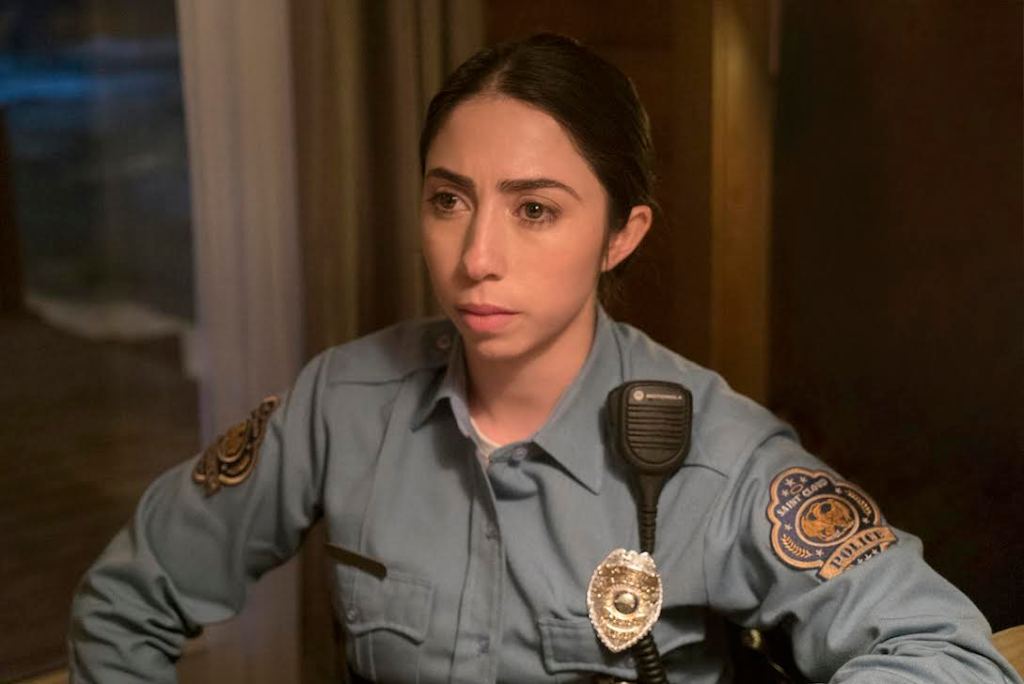 HONORABLE MENTION | It’s kind of a shame that each season of Fargo is a self-contained story, because that means we won’t get to see much more of Olivia Sandoval‘s terrific work as Minnesota traffic cop Winnie Lopez. The newcomer has been a delight as the plainspoken Winnie, using her Midwestern common sense to help Gloria crack the Emmit Stussy case. And this week’s bar scene was a Winnie highlight, with Sandoval playing Winnie’s fertility overshares for laughs (“Thank God for K-Y”) and also delivering a genuinely touching moment, as Winnie wrapped up Gloria in a warm hug to remind her she does exist, and people aren’t all bad. “I like ya,” Winnie told Gloria. Right back atcha, Ms. Sandoval. 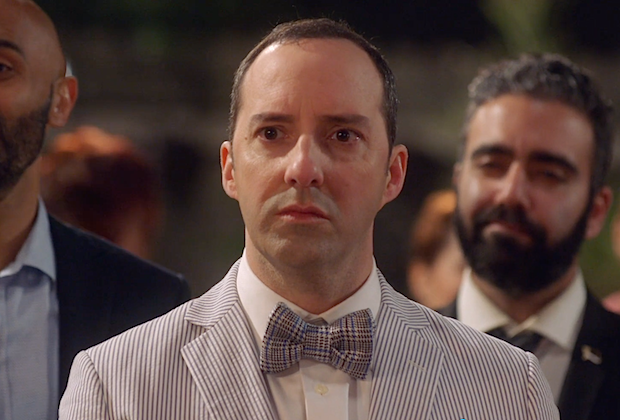 HONORABLE MENTION | The brilliance of Tony Hale‘s work in the “Judge” episode of Veep isn’t so much that he was funny to the nth degree. We would — and he proved us right to — expect that he’d easily wring laughs from birthday boy Gary being unfavorably compared to his stillborn brother and oblivious to his father’s “secret” sexual orientation. What we didn’t anticipate — and perhaps should have from the two-time Emmy winner — was the heartrending pathos that he packed into not only the scene in which Selina betrayed her bag man by co-opting the personal anecdote he’d intended to share with his party guests but the one that followed, in which he used full-on Mama Rose moves to out his dad as “a big, fat, flaming bully.” Painful. Hilarious. Amazing.