Chicago Fire wrapped up Season 5 with life-and-death stakes as the Firehouse 51 crew found themselves trapped inside a burning building — and viewers were left wondering who, if anyone, will lose their life when the NBC drama returns this fall (Thursdays at 10/9c).

Casey did not seem optimistic about his survival chances, delivering an emotional goodbye to his wife Gabby Dawson, who was safely on the outside. After taking off his mask, the lieutenant poured his heart out to his other half: “You’re the best thing that’s ever happened to me. Gabby, I want you to remember us happy, together, holding each other. You’re my miracle, Gabby. You’re my miracle. I love you.” 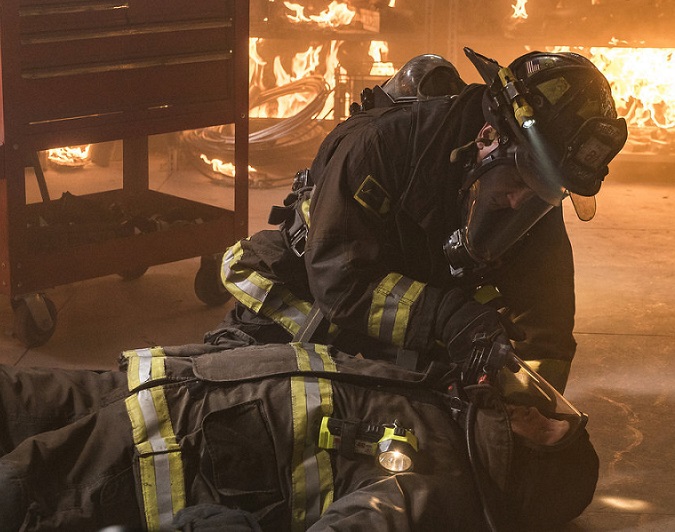 But as convinced as Casey seemed to be that he was likely going to die, the firefighter with the most dire outlook — at least as of right now — has to be Mouch. Not only was he surrounded by flames, but he also collapsed from a possible heart attack. And with no medical equipment on hand, poor Herrmann couldn’t do much to help his pal.

Meanwhile, Severide, Otis, Kidd and Kannell were caught in different parts of the factory fire, leaving only Boden, Cruz, Dawson, Brett, Tony and Capp unharmed — but helpless — outside the building.

With so many players in various states of danger and distress, the likelihood that tissues will be needed during the Season 6 premiere is high. Or maybe Casey and his colleagues will get another miracle and make it out (relatively) unscathed?

Rewatch the finale’s closing minutes below, then cast your vote for which character(s) you think won’t live to battle another blaze.