We’ve got questions, and you’ve (maybe) got answers! With another week of TV gone by, we’re lobbing queries left and right about shows including The Leftovers, Gotham, The Bachelorette and Fargo!

1 | With Errin Hayes abruptly on the way out, Kevin Can Wait is totally going to make a widower out of its titular patriarch, right? 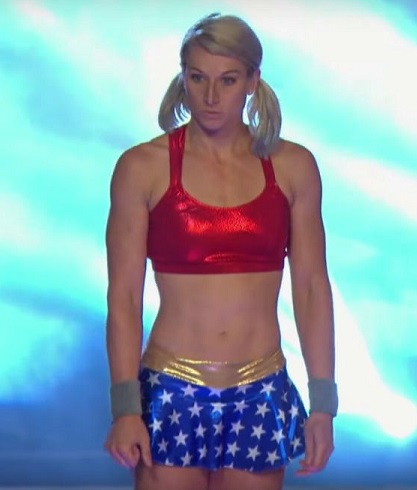 2 | Wasn’t it a small shame that American Ninja Warrior: USA vs. The World competitor Jessie Graff wasn’t able to wear her usual Wonder Woman outfit (right), last weekend of all weekends? Which unexpected misstep made you gasp more: Graff failing to get through the first obstacle during Stage 1, or Brian Arnold missing the dismount during Stage 3? (And was anyone else worried about Drew Drechsel’s iPod falling into the water?)

3 | How many Twin Peaks viewers have reached “peak Dougie”? Speaking of whom, how slow must the real Dougie have been that no one in his orbit is currently alarmed by his bizarre, seemingly brain-damaged behavior? And can we agree that dating back to his November MacGyver debut, this has been The Year of Ubiquitous TV Guest Star David Dastmalchian? Unseating even Patrick Fischler??

4 | Leftovers fans, since Damon Lindelof isn’t going to tell us, what do you think Kevin’s carrier pigeon love note said? Do you believe Nora’s story that she went through to the other side and returned? Did you feel relieved or misled to discover that Laurie hadn’t committed suicide? And how attractive did Nora’s quaint cottage and career as a flockmaster make living off the grid in Australia look?

5 | Doesn’t it just figure that Fear the Walking Dead would kill off Travis the minute he started to show some Rick Grimes-y ferocity? Also, didn’t it seem very unlike Strand for the master manipulator to allow himself to be banished from the hotel without more of a (or any) fight? 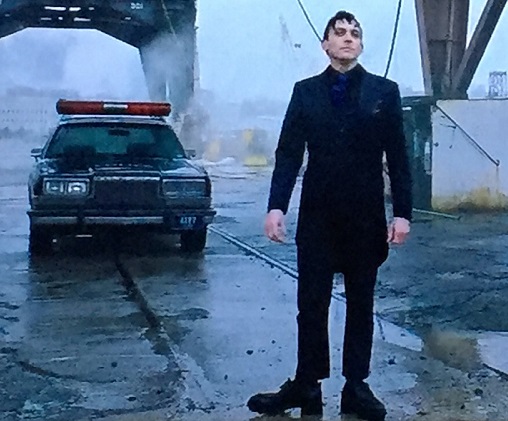 6 | Is it any surprise that Gotham‘s Penguin walks funny? Look at his gargantuan shoes! And which sudden outburst of décolleté was more conspicuous: teenage Selina’s, or “bad girl” Lee’s?

7 | Which did you find stranger — the story that The Bachelorette‘s Lucas told about Blake eating a banana over him as he slept, or Rachel’s follow-up question: “Did he finish the banana?” (Say what?) And after watching Lucas and Blake’s hilarious fight, don’t you kind of want ABC to greenlight a spinoff about those two?

8 | As wonderful as it is that Legends of Tomorrow is adding another female series regular (as a Muslim-American hacktivist!), are you concerned that the show has too many characters? Who would you kick off the Waverider?

9 | Regarding General Hospital‘s casting of James DePaiva: Do any longtime viewers remember that the soap vet, before his One Life to Live run, has already surfaced in Port Charles, as a waiter who flirted (hard) with Holly in 1985?

10 | Is Major’s new romance on iZombie totally gonna end badly? And were you surprised to learn that Mr. Boss didn’t know about zombies?

11 | Fair to say this week’s Casual was shot around the holidays, given the Christmas-themed polar bears adorning Laura’s diet Coke can? 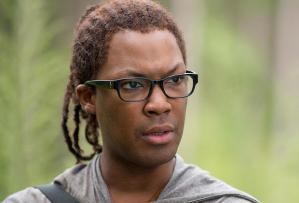 be willing to sacrifice Designated Survivor to get more 24 with Kiefer Sutherland? And now that 24: Legacy has been cancelled, what are the odds that The Walking Dead will bring back Corey Hawkins (once he has wrapped his Tony-nominated Six Degrees of Separation run) as Heath to help Rick’s rebel alliance defeat Team Saviors/Scavengers in Season 8?

13 | Would Fargo‘s Nikki and Mr. Wrench really be able to sever a guy’s head with a chain, no matter how hard they pulled? And didn’t that surreal bowling-alley scene seem to wander over from Twin Peaks (complete with a Ray Wise appearance)?

14 | If Nashville‘s Zach is so interested in alternative marketing, how come he hasn’t thought up a strategy to get Juliette’s new record some publicity love? Also, wouldn’t it be more realistic if, just once, an unrehearsed performance — like Juliette’s with the choir — went off with a hitch?

15 | Do we have this right, Love Connection? If the gal decides to bail on her No. 1 pick and go with the audience-approved reject (while pocketing $10K), their next date is an (ahem) overnight one?

16 | Was James Corden’s Carpool Karaoke with Ed Sheeran the best sing-along ride-along since Adele? On the flip side, did the surprisingly off-pitch Emily Blunt ruin your enjoyment of The Late Late Show‘s “Romeo and Juliet” musical?

17 | Orange Is the New Black Episode 1 spoiler alert! In Episode 1, did Daya shooting Humphrey in the leg — which is most likely a not-fatal injury — feel like a major cop-out? And for those of you who haven’t watched ahead, who do you think KO’d Daya at the end of the premiere?