There will be no shortage of clone meet-ups during Orphan Black‘s fifth and final season, premiering this Saturday at 10/9c on BBC America.

“A big priority in approaching the [series] finale was just to [shoot] as many clone scenes as possible,” executive producer John Fawcett tells TVLine.

But will the sestras’ shared screentime include any new doppelgänger additions? “We really wanted to focus on [the clones] we had, but I wouldn’t close the window on that,” EP Graeme Manson hedges. However, in putting the spotlight on Sarah, Alison, Cosima, Helena & Co., the producers were able to achieve something they’ve haven’t done before on the show.

“Part of what we did this year is some Leda sister-focused, individual character episodes, and within those episodes, we’re doing some flashbacks,” Manson shares, adding that the storytelling device allows for some familiar players to make a return. “We’re opening up things you don’t know about the characters.”

For even more scoop, read on as the Orphan Black cast previews Felix’s journey, Cosima’s tortured romance with Delphine and other Season 5 arcs.

THE BROTHER SESTRA | Jordan Gavaris describes the show’s swan song as full of “panic,” “pandemonium” and “crisis” — and Felix is there for all of it. Unlike last year, when the character was somewhat separated from Sarah by the discovery of his biological sis Adele, “he’s with the sisters this season,” Gavaris reassures TVLine. “He’s not about to run off and have his own adventure. He’s with the sisters because this is it. This is their chance.” 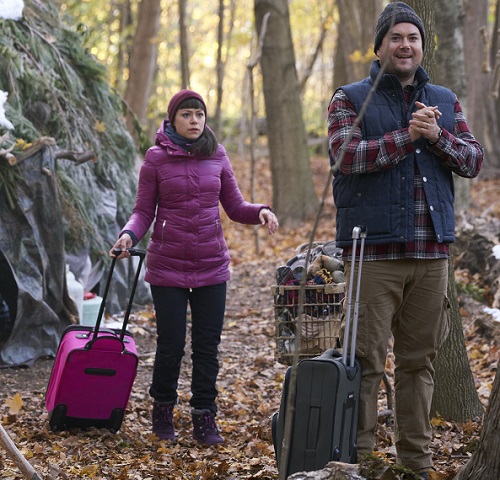 THE DYSFUNCTIONAL FAMILY TRIO | “Donnie has some skeletons in the closet, and he’s going to have to deal with them,” Kristian Bruun teases. But first, the premiere finds the Hendrixes and Helena in the woods, where “things will go down… a lot quicker than people expect,” Bruun previews. “We are hot property. People want us. So they track us down pretty quickly, and then everything goes nuts from there.”

THE MAMA BEAR | “One of the biggest things” happening for Mrs. S during the final run is “a deepening of her relationship with Sarah,” Maria Doyle Kennedy shares. And having lost her mother last season, S is embracing an added sense of responsibility. “You truly have to take on the mantel of an elder in that situation,” the actress explains. “The buck stops with you. You really have to just own it… Mrs. S has to step up to that. It’s very powerful stuff.” 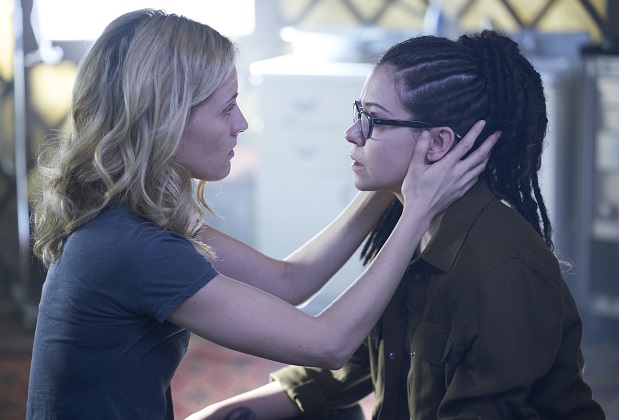 THE LOVE BIRDS | Despite being reunited, Cosima and Delphine’s romance will not get any easier. “The love element has always been there, but there’s so many forces against them,” Evelyne Brochu notes. “There are trust issues. There’s a beautiful line that I tell Cosima: ‘This is our relationship. We can either end it or accept it as it is.’ So we’ll see what Cosima answers.”

Orphan Black fans, what are you looking forward to most in the final season?