The annual comedy-horror show known as Sharknado is about to wash ashore.

Syfy on Thursday announced the official title, tagline and cast list for the fifth installment of its seafaring camptastrophe, which will make landfall on Sunday, Aug. 6 at 8/7c.

In chapter 5, “the mission gets personal for Fin Shepard (Ian Ziering) and his bionic wife, April (Tara Reid) when their young son gets trapped in a traveling ‘nado and transported all over the world. From London to Rio, Tokyo, Rome, Amsterdam and beyond, our globetrotting heroes will seek assistance from a highly-skilled squad of royals, scholars and Olympians, enlisting famous faces from news, entertainment, and sports in their most epic battle yet.”

The list of cameos is as eclectic as ever. Global Swarming will feature appearances by Fabio (as the Pope), Tony Hawk (as a masterful weapons operative strategist), Clay Aiken (as a cutting edge technology genius), Margaret Cho (as a fussy bride whose honeymoon is interrupted by sharks), Charo (as the Queen of England), and the list goes on.

Scroll down for a first look at Episode 5’s teaser poster. 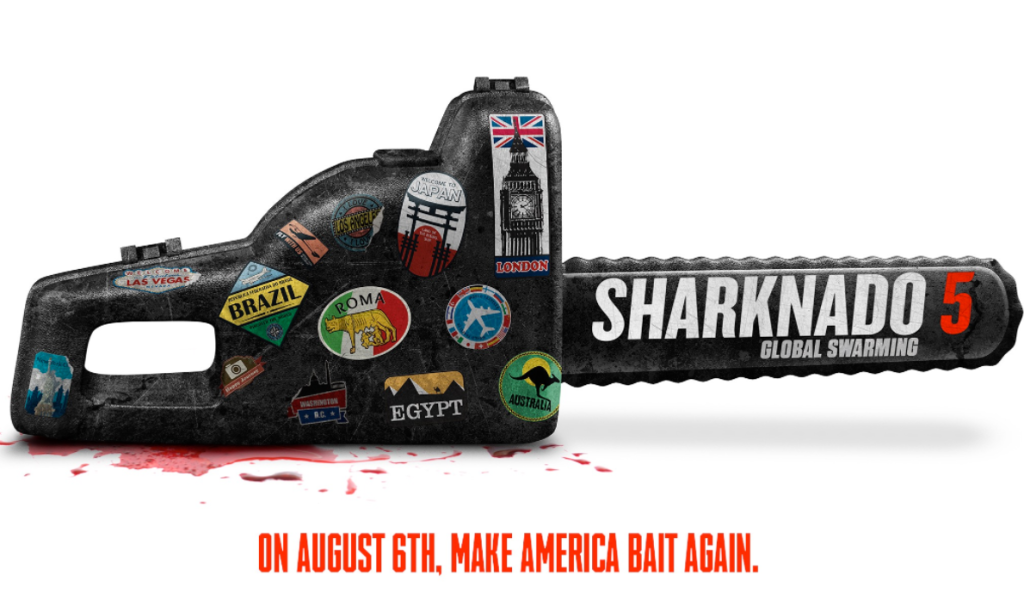