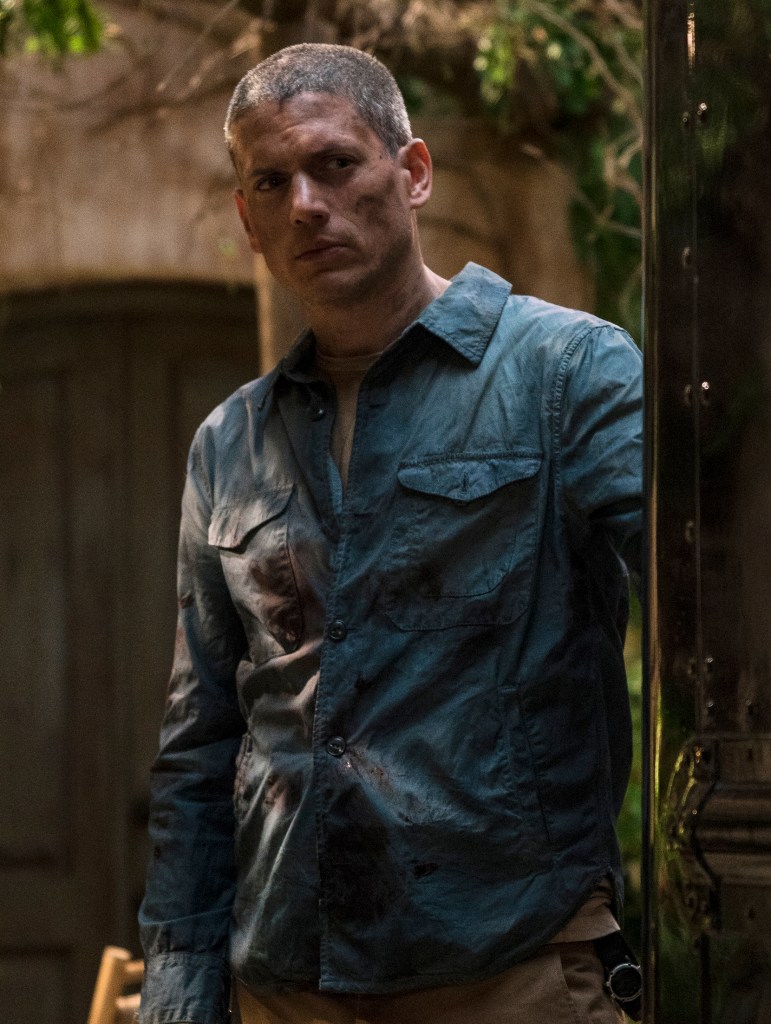 Prison Break co-showrunner Vaun Wilmott answers TVLine’s questions (via email) about Fox’s 9-part revival, its highs and lows, and the leaps of logic the producers chose to live with. Plus, is there a plan for Season 6?

TVLINE | What are you most proud of, in executing this revival? For one, I want to commend the location shooting, the CGI explosions scattered in the distance…. Morocco played the role of Yemen well.
Pulling off the difficulty of filming in Morocco and Vancouver and weaving those stories together to create the appearance of a seamless narrative [is what I’m most proud of]. Also, finding the tone, character and story of Season 1 in a new, epic event series.

TVLINE | What were your favorite scenes/sequences?
For me, the reunions were the most satisfying. Michael and Lincoln hugging at the end of Episode 4. Sara saving Michael’s life in Episode 7. The big reveal in Episode 9 — Michael’s long game and his genius.

TVLINE | Was there any early draft where a returning character other than Kellerman didn’t make it out alive?
Every character that died was planned for in the original 80-page Season 5 bible written by [series creator/executive producer] Paul [Scheuring].

TVLINE | If you did have the time to do 10 episodes, as was initially planned, what would you have fleshed out?
We would have given more time to Sucre, or spent more time with Sara and Michael. The bible was originally written for 10 episodes, so cutting down to nine caused certain sacrifices.

TVLINE | What was the toughest “nit” to leave longtime fans to pick? Michael’s tumor? T-Bag’s sterility? Zero mention of LJ?
The series reinvention was malleable and we adhered to as much of the past as feasible for the story. Certain things were not mentioned as they were not important to the overall narrative that we wanted to tell this season.

TVLINE | Fox has expressed interest in another run — at some point, but certainly not every TV season. Do you have anything resembling a firm idea in your head about the Season 6 storyline catalyst?
Ha! Right now, we are all just enjoying these nine episodes. If the right storyline comes along, I am sure the gang would be back to do it again…. But ideas are percolating.

What did you think about the Prison Break revival, including its climactic hour? And what last nits would you like to pick?