The following story contains spoilers about the third and final season of Bloodline — proceed at your own peril.

If you’ve made it through all 10 episodes of Bloodline‘s third and final season, we’re going to assume two things: you’re emotionally spent and slightly confounded. You’re on your own with the first one, but you’ve come to the right place for the latter.

We already helped you sort through the bewildering, alternate universe-set penultimate hour, so now, with the assistance of exec producer Todd A. Kessler, we turn our attention to the questions raised in the other nine episodes — including the somewhat ambiguous series finale. 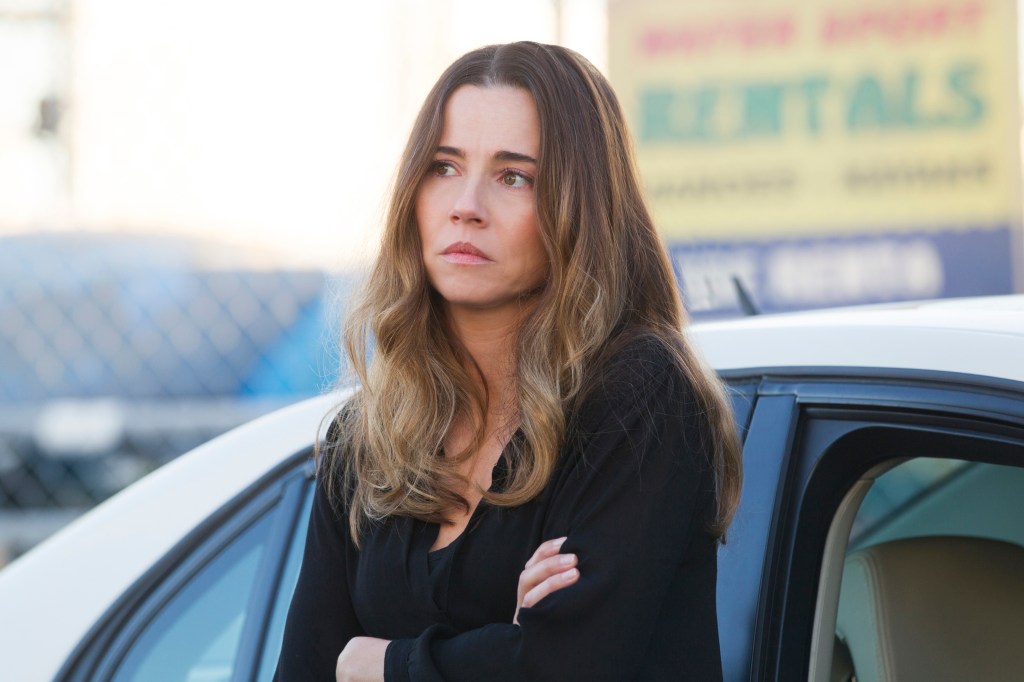 WHERE WAS LINDA CARDELLINI’S MEG? | The most innocent of the Rayburn siblings was missing from more than half of the final season’s 10 episodes, as Meg set out to start a new life in Los Angeles. Did Cardellini have a scheduling conflict? Or was there just not enough story for Meg? The answer is neither, maintains Kessler, who explains that Netflix’s decision to end the series with Season 3 and trim the episode order from 13 to 10 forced him to streamline the storytelling. “Kevin, having killed Marco, [needed to be a focus], and I also wanted to bring Sally more into the spotlight,” says the EP. “The Meg storyline just wasn’t as significant.” Having Meg flee to the West Coast also allowed Bloodline to explore the “theme of someone stepping out” of the family bubble. Kessler concedes that not having a key member of the Rayburns around in the final episodes — particularly the series finale — defies TV convention. “Not that we set out to subvert expectations,” he adds. “But [I understand that the] audience may have a twinge of sentimentality, that ‘Oh the family will all come back together — it’ll all work out.’ But, obviously, that’s not the tale of the Rayburns.” 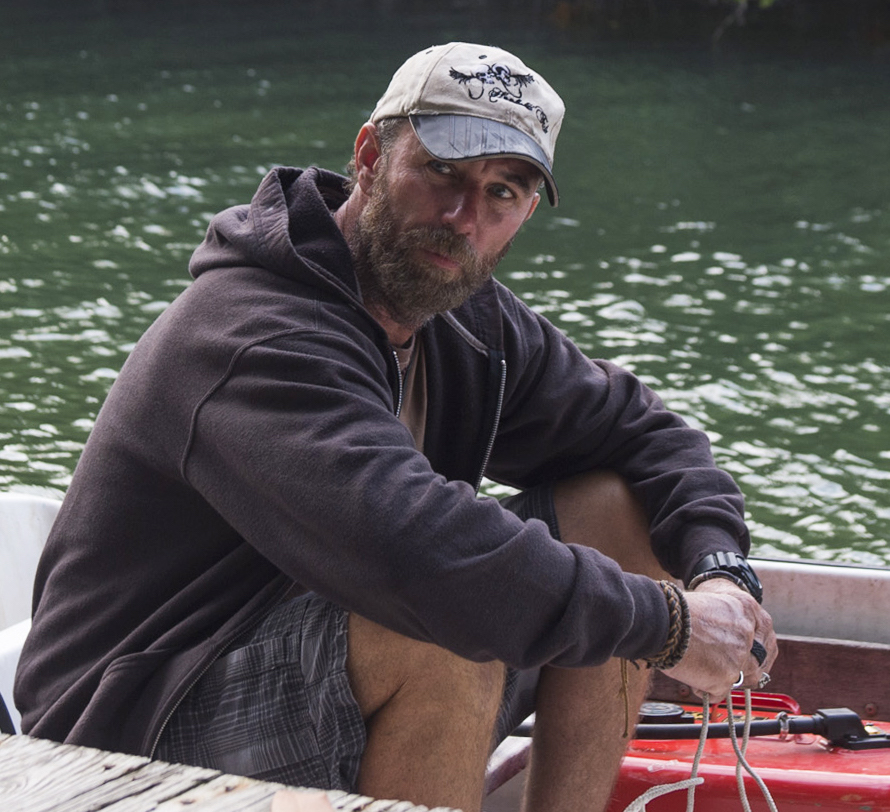 IS ERIC REALLY GOING TO SPEND THE REST OF HIS LIFE IN JAIL FOR A CRIME HE DIDN’T COMMIT?  | Pretty much, yep. Eric’s sad fate is sealed the moment Aguirre rebuffs John’s confession. “Part of the resonance of the storytelling is that actions aren’t really reversible,” Kessler notes. “Danny is dead, Marco is dead, and Eric has been framed. In the parlance of the series, Eric is definitely not a bad guy. He didn’t do what they accused him of doing. But he’s the fall guy. He definitely got the short end of the stick with that one.”

WOULD MARK VALLEY’S MIKE CHARACTER HAVE FIGURED MORE PROMINENTLY IN THE SERIES HAD IT RUN FOR FIVE OR SIX SEASONS, AS KESSLER INTENDED? | “Yes,” Kessler confirms of the Fringe vet’s relatively minor role as John’s MIA BFF. “Looking at the Rayburns, the only character who had friends outside of the family was Danny. Danny had Eric. Danny had Chelsea. Danny had Beth. It’s very confusing to John in the season finale and also over the course of the series that Danny had these friends. And [Mike] is someone we would’ve seen more of and realized, ‘Oh, wait, John has a friend, too.’ John is longing for that kind of friendship. As his marriage broke up, he then would’ve relied more on friends [like Mike] if the series had run more seasons.” 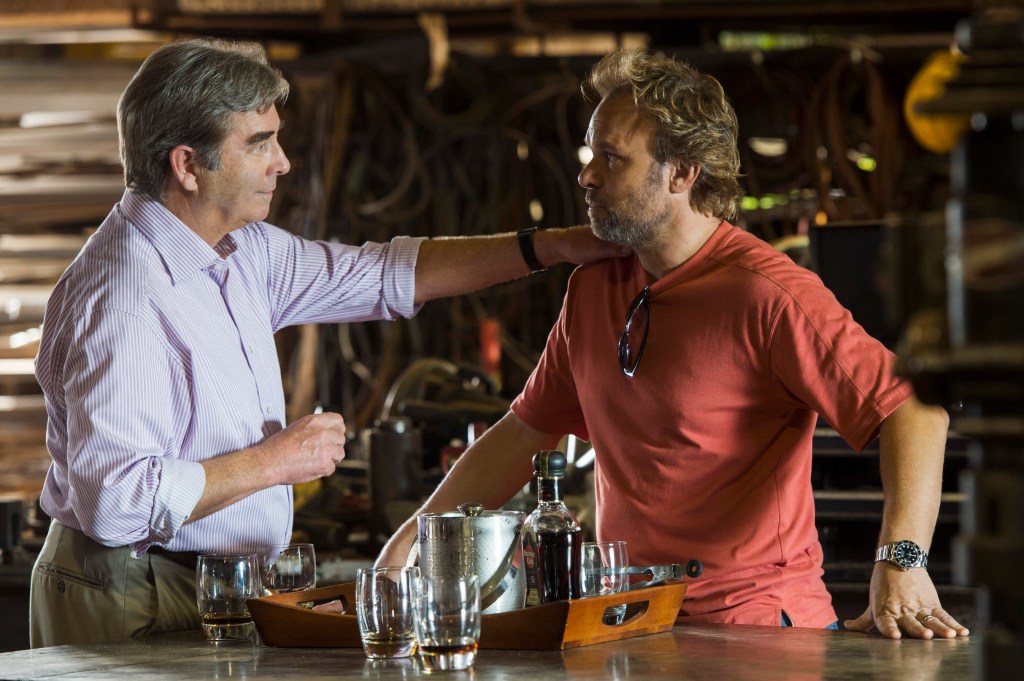 IS KEVIN’S FATHER… ROY? | “I think the audience projected into that,” Kessler responds. “We never tried to guide the audience to that conclusion. He was always more of a father figure. But in terms of hinting at the [complicated] history between Roy and Sally and Robert? There’s something there.” Kessler also shares that he heard theories that “Roy was Danny’s father and that’s why Robert never liked him. But that was also not intentional.”

DID KESSLER ALWAYS ENVISION THE FINAL SCENE TAKING PLACE ON THE DOCK WITH JOHN AND NOLAN? | “There were a few different thoughts on how it could end,” he says. “I came up with that image of John and Nolan [silently] facing each other down on the dock last summer. That specific image was not conceived of at the beginning of the show. But the feeling of bringing the audience to a point where they are hopefully understanding the predicament that John is in and that he is really trapped was, by design, how the series could end from the very conception.”

What other questions did Bloodline‘s sendoff leave you with? And what did you think of the final season as a whole? Were you satisfied? Disappointed? Assign a letter grade to the 10-episode farewell below, and then hit the comments with your thoughts.