Warning: The following contains spoilers for Monday’s finale of Jane the Virgin.

Jane the Virgin reignited its central love triangle during Monday’s Season 3 finale, adding a new player to the mix — and even bringing back a former member of the romantic entanglement.

To recap: Petra pushed Rafael away after suspecting that he and Jane have feelings for each other, which they totally do. After he told his first baby mama about Petra’s suspicions, Jane said the idea was crazy, and he agreed. Then at the episode’s end, Jane was reunited with her first love Adam (guest star Tyler Posey, kicking off an arc). Meanwhile, Rogelio and Xiomara got a big surprise before their wedding: Darci is pregnant with his child! Still, the two got married and vowed to make the situation work.

Elsewhere, Luisa and Anezka joined forces to cause all sorts of trouble. Anezka lured Petra to a spot where she was waiting for her sis with a gun. Luisa — upset that Raf lied about having cancer to, ultimately, put Rose behind bars — wasn’t much kinder to her family, making an addition to their father’s will that gives her control of everything, including the Marbella. (For the record: The real Eileen, not Rose, killed Scott.)

Finally, on a sweet note, a series of Michael flashbacks revealed that he’d written a love letter to Jane before they got married… which was stashed in their old apartment that Adam also used to live in!

“I think everybody needed a nice, happy ending, especially this season,” executive producer Jennie Urman says of the finale. “I didn’t want to end it with like a missing baby or something dramatic, because I felt like that was what we did midseason [with Michael’s death]. I wanted [this episode] to have a sense of catharsis and hope for the future, and [to come] full circle.”

NEW LOVE | Posey’s character is “so different” from Rafael and Michael, Urman shares. The illustrator — yes, he and Jane will collaborate professionally — is “much more of a daredevil, which is trying for someone like Jane, but also exciting.” His “youthful energy” is also something the widowed single mother could use in her life. “Jane has had a lot of weight on her shoulders, and this is somebody that’s going to be reminding her a bit that she’s 27 years old.” Meanwhile, Rafael is “still in it” for Jane’s heart, so don’t count him out just yet, Urman adds. “Jane and Rafael is always going to be a major part of the show.” Speaking of couple history that keeps coming back up… 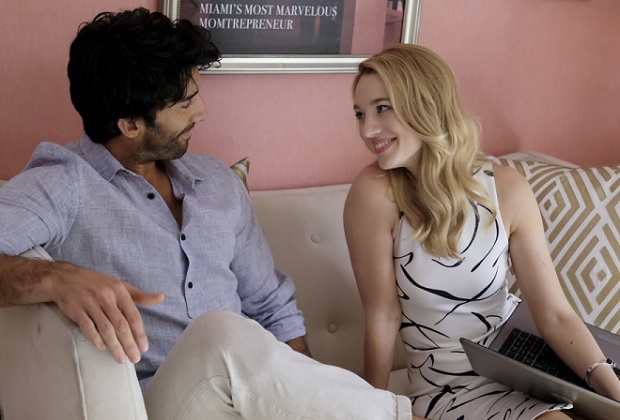 OLD LOVE | The season ender “left things very in the middle” with regards to Petra and Rafael’s relationship status, Urman notes. “Petra was right: Jane did have feelings for him. That’s something interesting that we’re going to play with. It felt very paranoid to Rafael, but we, the audience, know it wasn’t, and that’s how I think we can sort of get behind” the blonde, who realized Raf is meant for her. So the on-and-off lovers’ “story is not finished,” the EP insists.

BURIED LOVE | Urman admits that figuring out how to bring Michael back, even if only in flashbacks, is difficult. “How [Jane] could feel any romantic feelings [for someone else] if we’re also telling a story about Michael is a challenge,” the EP explains. But there’s a little bit of good news for fans of Jane’s hubby: “We love [Brett Dier], and he loves being here, so it’s definitely not the last time you’ll see him.” 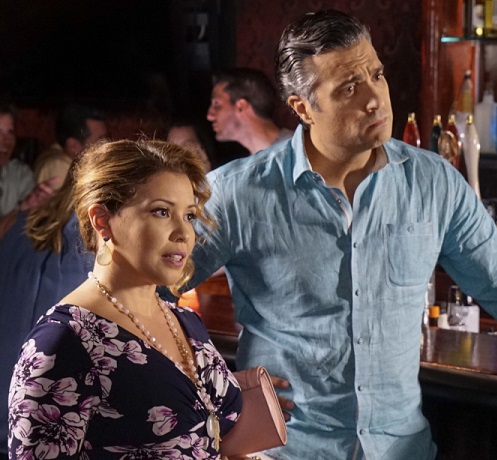 BABY MAKES… FOUR? | Thanks to Darci’s surprise pregnancy, Rogelio and Xo’s big dilemma next season is: “How are you a newlywed when you have a baby on the way with someone else?” Urman previews. “It’s going to give us a lot of story potential, a lot of conflict, but also a lot of real obstacles that they’ll have to fight through to preserve their marriage.”

THE TROUBLESOME TWOSOME | Anezka really “does want to hurt” Petra, Urman confirms. “She really wants to do away with her sister.” As for her partner-in-drama, Urman describes Luisa the Marbella owner as “so dangerous. If she had a helper, it would be Anezka… Inmates running the asylum, I would say, is a good, apt description. She doesn’t love the kids that are all around the kids’ hotel.” And she’s cutting Rafael off! “The tables have turned a little because Jane now has a little bit of a book advance,” Urman shares. “Rafael is really focused on getting his money back, and at a certain point, Jane’s going to have to be like, ‘Deal with what’s going on.'”

Jane fans, what did you think of the season ender? Grade it via the poll below, then hit the comments to back up your pick!