After six seasons, 100 episodes and countless shenanigans, Freeform’s Baby Daddy reluctantly sang and danced its way into the sunset with Monday’s season-turned-series finale. 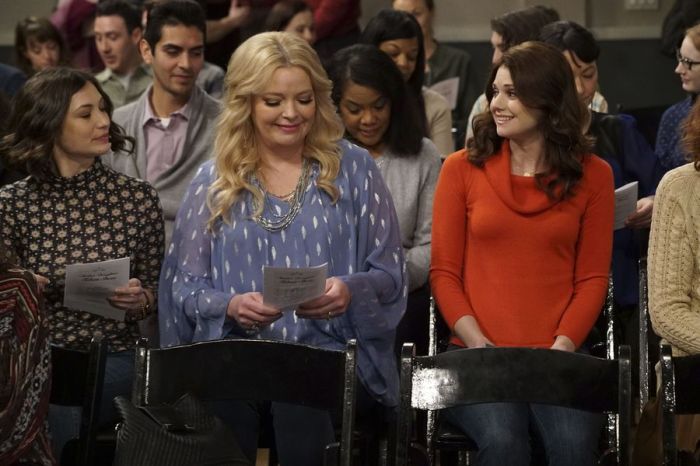 I have a lot of thoughts about the show’s untimely end, but first, a quick recap of its final episode: Riley gave birth to a healthy baby boy (name unknown?), Danny failed miserably at buying her a push present (a process that included being robbed at gunpoint and crashing a car), and Elle (who turned out to be the almost-doctor who delivered baby #Diley) finally had an actual conversation with Ben.

There was also a pretty adorable musical number halfway through the episode, which found Ben serenading Emma with Amos Lee’s “Sweet Pea” at a rehearsal for her “mother”-daughter talent show. Honestly, though, I have to wonder which of them had actually been attending those alleged dance classes. Ben did all the heavy lifting, while Emma — well, at least she’s got that whole “being cute” thing nailed down.

“The Baby Daddy cast and crew are truly remarkable, and together it has been a joy to watch our characters’ lives unfold on screen over the past six seasons,” Berendsen said in a statement. “While we’ll be sad to see them go, I’m thankful that we are saying goodbye to them the way we always intended.”

As someone who has covered this show since Season 1, and has grown to love what I once considered a “guilty pleasure,” I actually think this worked really well as a make-shift series finale. Is there more story to tell? Sure. I’d like to see how Danny and Riley are as parents, I’d like to see if things work out between Ben and Elle, and I’d sure as hell like to see more of Tucker and Judge Johnson’s legal escapades.

But the episode still had a certain satisfying, full-circle feel to it. Not only did Danny become a Baby Daddy, somewhat mirroring Ben’s experience in the pilot, but it also ended with the promise that these characters’ lives will continue as they are (as opposed to, say, the series finale of Friends, which sent everyone off in different, uncertain directions).

At least the show is concluding the way Berendsen “always wanted it to end,” with Ben and Emma:

an hour to the @BabyDaddyTV 100th and our series finale😥. But we're going out the way I always wanted it to end. pic.twitter.com/GT6NKJLqwR

Your thoughts on the Baby Daddy series finale? Grade the episode below, then drop a comment with your full review.