Elementary fans, how thankful are you for the show’s renewal after Sunday’s finale cliffhanger, which left Sherlock possibly facing his own mortality?

The puzzle begins with the P.I. trying to recount what’s inside a wrapped box, one of many stored in a trunk. Curious. The intrigue grows as the mystery woman from Sherlock’s past continues to resurface throughout the episode, never quite revealing exactly what she wants. At one point, she shows up at the brownstone and says she loves Sherlock and wants to help him. Why won’t he tell Joan about her, she wonders? 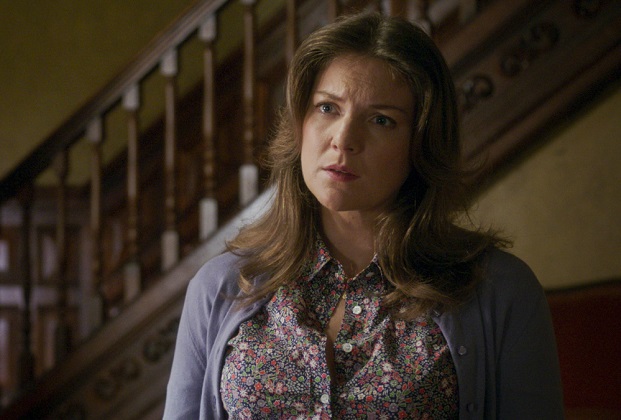 “This is your last chance, Sherlock,” she warns. “Do the right thing. Do what needs to be done. Or you’ll never see me again.”

Later, she calls Sherlock, who brings up the text message she supposedly sent to the authorities, and this is when I start to get a very strong hunch that I know where this is going.

“Everything that’s coming, you’re going to have to deal with it on your own,” the mystery woman declares before setting a blaze. Sherlock realizes that she’s trapped in the fire inside his home, so he busts through a door in hopes of rescuing her. But it’s really the P.I. who needs the rescuing. As the hour concludes, Sherlock is seen sitting in a medical waiting room.

“Why do you look like my mother?” he asks the woman, who replies, “I’m a part of you that wants you to get better. Who else would I look like?” Then he’s taken inside for a brain scan (to look for a tumor?), while Joan discovers the mess back at the brownstone. 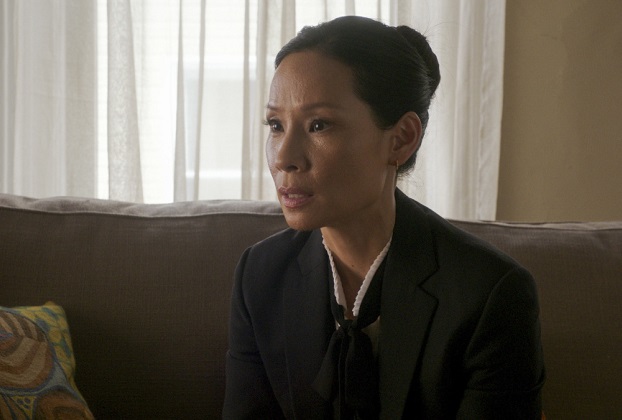 Speaking of the partners, Sherlock and Joan’s relationship takes a hit when he gets so distracted by his visions, Joan wonders if he’s using again. When he misses Shinwell’s memorial service, a hurt Joan exclaims, “I needed you, and you haven’t been there.”

Elsewhere, the war between SBK and its biggest rival gang, run by Halcon (guest star Jon Huertas), gets heated in the streets, causing Joan to take drastic measures. Titus agrees to fess up to being SBK’s leader — and to give up all those who committed crimes in its name — in exchange for immunity. But when Joan discovers that he was the one responsible for killing Halcon’s sister, she makes a deal of her own with Halcon. If he hands over his sister’s body, allowing her to collect the DNA evidence she needs, Joan promises he can do what he wants with Titus once he’s in prison. But that’s not the end of the arrangement. After Titus is cuffed, Halcon tells Joan, “This doesn’t conclude our business.” So it seems she now owes him a favor, which can’t be good.

Elementary fans, what did you think of the season ender? Grade it via the poll below, then hit the comments to back up your pick!