CBS on Wednesday unveiled its fall 2017 schedule, along with previews for its upcoming series, including David Boreanaz’s post-Bones vehicle SEAL Team and Jeremy Piven’s Wisdom of the Crowd.

Here at TVLine, we immediately jumped at the chance to screen each trailer — which you can also do by clicking here — and we’re ready to divulge our totally unfiltered, brutally honest snap judgments. (Also included: Reactions to the first trailer for CBS All Access’ Star Trek: Discovery, which you can view here.)

Note: Trailers for midseason series By the Book and Instinct have not yet been released. 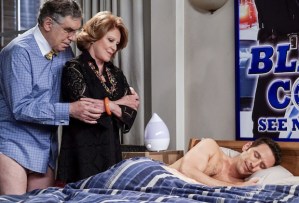 9JKL (Monday at 8:30/7:30c) [WATCH TRAILER HERE]
AUSIELLO | I was too put off by the cloying laugh track to form an actual opinion.
MITOVICH | Didn’t Linda Lavin play the exact same role (clingy mom) on Sean Saves the World?
NEMETZ | Hey, someone threw a bunch of TV veterans and tired punchlines into a blender and made a smoothie! (Which tastes terrible.)
SWIFT | Hearing Elliott Gould refer to a wife — other than Friends‘ Christina Pickles — as “Judy” just feels wrong. 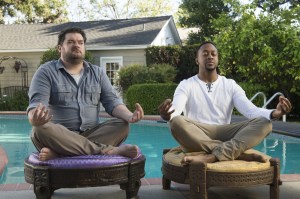 ME, MYSELF & I (Monday at 9:30/8:30c; moves to 9/8c in late October) [WATCH TRAILER HERE]
MITOVICH | Too high a concept, with problematic casting. Pass.
ROOTS | I only cared about Bobby Moynihan’s part of the story, which is the exact opposite of what is supposed to happen, right?
SCHWARTZ | It’s a shame that Bobby Moynihan is leaving SNL, because this high-concept effort looks like a prime contender for first cancellation of the season. 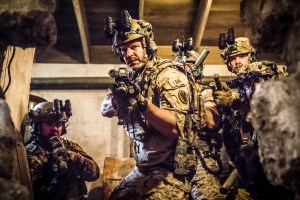 SEAL TEAM (Wednesday at 9/8c) [WATCH TRAILER HERE]
AUSIELLO | I forgot Megan Draper was in this…
MITOVICH | This looks much better than it needs to be. Not just run-and-gunning.
ROOTS | Feels like an alternate universe where Booth went into the Navy SEALS instead of the Army Rangers… and doesn’t have a quirky lady to temper him. Not for me. 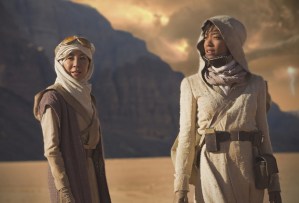 STAR TREK: DISCOVERY on CBS All Access (TBA) [WATCH TRAILER HERE]
MITOVICH | Slick. Informative. Compelling.  Everything that the Marvel’s Inhumans trailer wasn’t.
ROOTS | Visually stunning, but lemme spill some tea, Earl Grey, hot: I wish Bryan Fuller were still a part of this show.
SWIFT | I’m not a Trekkie in the slightest, but that looked awesome. Consider me (tentatively) converted!
NEMETZ | Well, speaking as a confirmed Trekkie, let me just say: HELL YEAH. This might actually be worth the (very long) wait.
GELMAN | I am not a Trekkie at all, but CBS might have just beamed me up with that very solid, expensive-looking trailer. 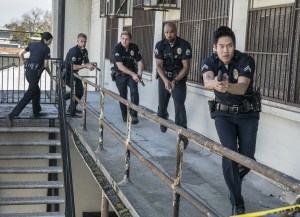 S.W.A.T. (Thursday at 10/9c after Thursday Night Football concludes) [WATCH TRAILER HERE]
MITOVICH | Shemar Moore’s extremely calculated facial hair (does it form a perfect triangle?) is distracting. Also, I expected more gunplay.
SWIFT | Shemar Moore could sell a CBS procedural in his sleep. I’m surprised this hasn’t already been renewed for eight seasons.
GELMAN | Not my cup of tea, meaning it will probably run for many years on CBS. 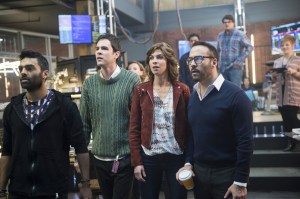 WISDOM OF THE CROWD (Sunday at 8/7c) [WATCH TRAILER HERE]
AUSIELLO | Is this a trailer or a complete recap of the entire episode, including what appears to be the spoiler-filled ending?
MITOVICH | AKA this year’s CBS entry in the Never-Successful, Far-Fetched Tech Drama Category.
SWIFT | I was mildly intrigued… until they used the name of the show in dialogue. Also, were all of the British actress’ lines recorded via ADR?
GELMAN | Pure Genius didn’t work, so they decided to transport the tech billionaire to the police/crime-solving realm? 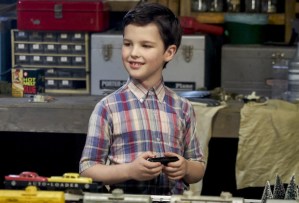 YOUNG SHELDON (Sneak preview Monday, Sept. 25, then Thursday at 8:30/7:30c after Thursday Night Football concludes) [WATCH TRAILER HERE]
AUSIELLO | Very curious to see how the show will address the elephant in the room (the one Big Bang has long sidestepped): Why does Sheldon act the way he does?
MITOVICH | Damn, this trailer brought a tear to my eye. Just wish it made me laugh about more.
ROOTS | Sheldon is my least favorite part of Big Bang, so his origin story is one I’ll skip.
SCHWARTZ | Not to get too morbid, but anyone else curious how the show will handle the eventual death of Sheldon’s dad? Seeing Sheldon take his hand at the dinner table nearly wrecked me. (Also a nice touch: 9-year-old Sheldon watching Professor Proton.)