During Wednesday’s Season 4 finale, the Chicago P.D. detective finds herself on the receiving end of a potentially life-changing call… but she’s too busy contemplating another life-altering move to answer it.

The episode kicks off with Lindsay under review for misconduct, and she’s not feeling very apologetic about the tactics she employed to save a child. “I do not regret what I did here!” she exclaims before being stripped of her badge, pending a final board determination. And that’s just the beginning of Lindsay’s problems. Her mom Bunny is in trouble with the law, having come home to find her convicted felon boyfriend Johnny already shot — or so she claims. 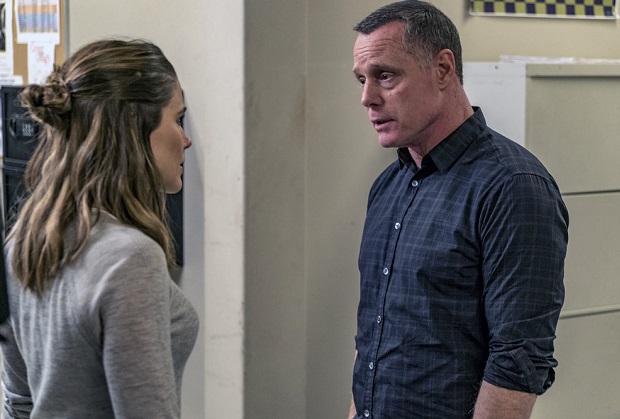 As Intelligence works the case, Voight gathers a list of Bunny’s associates from Lindsay and hands it over to the FBI, who have long had their eye on the young detective. With Bunny in their custody, the FBI offers Lindsay a job working undercover for the New York counter-terrorism unit. “Take the gig, save your mom,” the agent advises.

If she does this, she needs to know the truth, Lindsay tells Bunny, who fesses up to being involved in a drug run. Lindsay decides to accept the job offer, with one caveat: Bunny has to be released. Meanwhile, Voight discovers that the bad mama really did kill Johnny. He explains to Bunny that “no one knows” about the incriminating evidence he found, which he later tosses, but also warns, “The second you put [Lindsay] in jeopardy, I’m coming after you.”

Voight then gives his surrogate daughter a dog tag with his fingerprint and tells her not to look back… which is what Lindsay’s doing when she ignores Jay’s phone call? Little does she know, her ex is planning to propose, even though the timing couldn’t be worse. 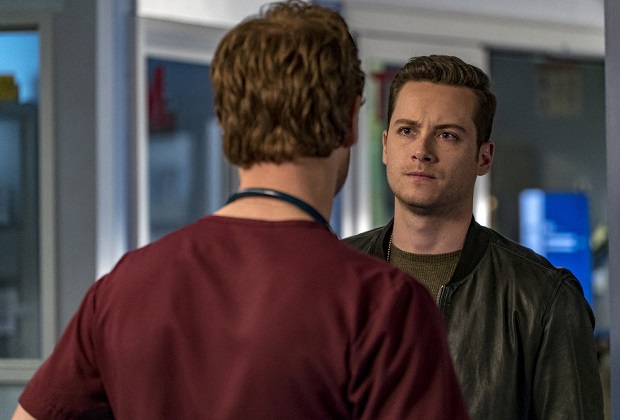 “This girl does not want to be saved,” his brother Will argues, suggesting that Jay put some distance between the two of them. Yeah, Lindsay might be taking care of that all on her own — or is she? We never see her formally accept the FBI’s job offer or get her final determination from the board. But that conflicted stare at the Chicago skyline doesn’t bode well for her staying in the Windy City.

On a completely unrelated note, can we please keep Tracy Spiridakos’ Upton around next season? The newest member of Intelligence really proves her loyalty this week when she promises not to let anything bounce back on the unit or Lindsay during her board interview. Plus, it’s nice to have some more female energy on the show.

P.D. fans, what did you think of the season ender? Grade it via the poll below, then hit the comments to back up your pick!