ABC on Tuesday unveiled its fall 2017 schedule, along with previews for its upcoming series, including Freddie Highmore’s post-Bates Motel vehicle The Good Doctor, as well as the Shondaland legal drama For the People.

Here at TVLine, we immediately jumped at the chance to screen each trailer — some of which are available here; others were only shown to members of the press at the ABC Upfront on Tuesday — and we’re ready to divulge our totally unfiltered, brutally honest snap judgments. 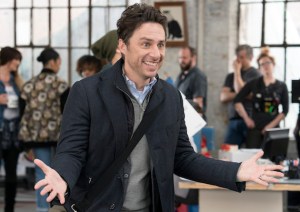 ALEX, INC. (FKA START-UP) (Midseason) [WATCH TRAILER HERE]
MITOVICH | A show about a podcaster? Will it be like a single-camera Frasier, or…? I don’t “get” it.
ROOTS | Holy Garden State, this looks right up my alley.
SWIFT | I don’t mean to go all reverse Animal Farm on ABC, but podcasts are to be heard and not seen. I won’t be investing in Alex, Inc.
NEMETZ | An appealing cast — hi, Good Eleanor from The Good Place! — gets bogged down by wacky sitcom hi-jinks and a thin premise. (A man launches a podcast, and then…?)
SCHWARTZ | Looks charming enough, but I’m confused: Is this supposed to be a workplace sitcom? A family comedy with workplace elements? I’ll give Zach Braff & Co. a few episodes to figure it out. 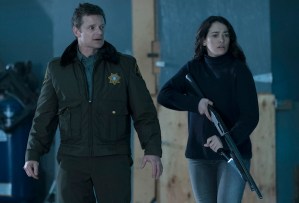 THE CROSSING (Midseason) [WATCH TRAILER HERE]
AUSIELLO | Oh, I get it. j/k I have no clue what this show is. And I suspect I don’t care.
MITOVICH | I’m rooting for it, because the premise is pretty cool, and yet it feels like the hybrid baby of every one-and-done ABC midseason genre show.
ROOTS | [folds hands in prayer] Please have your mythology figured out so this cool-looking drama doesn’t falter in Season 2…
NEMETZ | The time-bending premise is undeniably cool, but we’ve seen ABC swing and miss with this kind of high-concept drama too many times before. 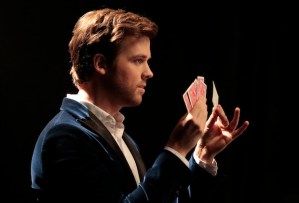 DECEPTION (Midseason) [WATCH TRAILER HERE]
MITOVICH | And this is related to Lucy Coe’s perfume line…how?
ROOTS | Just how big is the FBI “consultants” budget?!
SWIFT | If I never hear “You’re Cameron Black!” again, it will be too soon. Pass.
GELMAN | Looks like ABC is filling the Castle hole with Now You See Me: The Procedural. 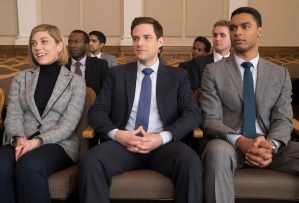 FOR THE PEOPLE (Midseason) [WATCH TRAILER HERE]
ROOTS | What was that Shakespeare quote about lawyers again?
SWIFT | For which people, exactly? If there’s an interesting hook to this show, it was nowhere to be seen in the trailer.
GELMAN | Exactly what you would expect from a Shondaland show about lawyers. And with How to Get Away With Murder already on the air, do we need another legal show about young, sexy attorneys?
SCHWARTZ | So. Utterly. Generic. 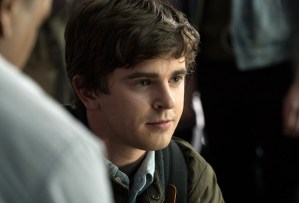 THE GOOD DOCTOR (Monday at 10/9c) [WATCH TRAILER HERE]
AUSIELLO | Freddie Highmore is one of maybe six actors alive who could get me to watch yet another medical drama featuring an aberrant doctor.
MITOVICH | Helluva trailer. Terrific cast. Curious to see if the show holds its edge with some characters coming down hard on the autistic savant’s “deficit.”
NEMETZ | I can’t get excited about yet another “difficult savant flashes amazing skills” procedural, even with Freddie Highmore in the lead role.
SCHWARTZ | Is it possible for an actor to follow-up on a breakout role with another breakout role? Because if so, this seems to be the case for Bates Motel‘s Freddie Highmore. 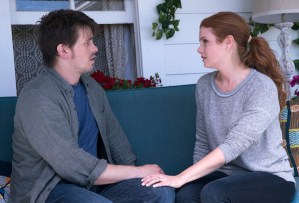 THE GOSPEL OF KEVIN (Tuesday at 10/9c) [WATCH TRAILER HERE]
SWIFT |If it can balance the humor with the heart — the trailer features way too much of the latter — I’m down to check it out.
NEMETZ | Jason Ritter is crazy and funny (and crazy funny) here, but the silly comedy and uplifting spiritual drama don’t mix together very well.
GELMAN | Gave me a little bit of a Eli Stone-meets-Joan of Arcadia vibe, which is a good thing. Unrelated: Here’s hoping Jason Ritter and JoAnna Garcia Swisher don’t have inappropriate sibling chemistry. 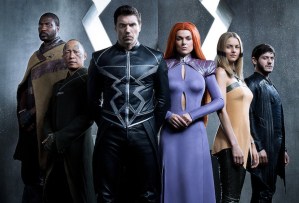 MARVEL’S INHUMANS (Friday at 9/8c)
MITOVICH | The uninitiated shouldn’t come away from the trailer unclear on what the assorted Inhumans’ powers are.
ROOTS | Not a single woman kicking ass in that trailer? (A serious question: If I missed it, holler.)
GELMAN | For a show shot for IMAX, shouldn’t it be more visually striking? (Lockjaw was cool, though.) 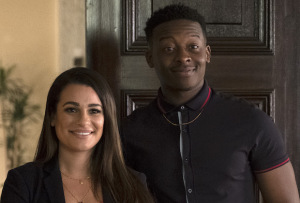 THE MAYOR (Tuesday at 9:30/8:30c) [WATCH TRAILER HERE]
ROOTS | Much funnier than I expected it to be, mostly thanks to the winning Brandon Micheal Hall.
SWIFT | This feels more like a Kevin Hart movie than a long-running show, but I could see it being a sleeper hit.
NEMETZ | I’m not ready to laugh about an unprepared entertainer being thrust into a position of political power. Plus, why is Lea Michele signing on to be the third lead on a sitcom?
GELMAN | The rare case where a trailer pleasantly surprised me and increased my interest level from zero to “I’ll definitely check this out.” 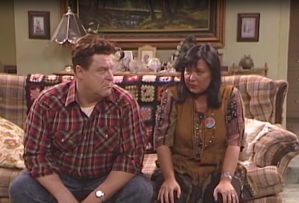 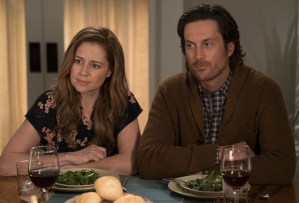 SPLITTING UP TOGETHER (Midseason) [WATCH TRAILER HERE]
ROOTS | Blergh, does that last line of dialogue mean that they’ll be ok if she just stops being awesome at doing everything? Because if so, I’m out.
SWIFT | I liked this better the first time when it was called Happily Divorced.
NEMETZ | The jokes are too cutesy; the emotional stuff is too forced. Also, it’s hard to accept Jenna Fischer on TV with anyone but Jim Halpert.
GELMAN | I will always give a comedy from writer Emily Kapnek (Selfie, Suburgatory) a chance. And I’d like to thank her for making me temporarily forget about Oliver Hudson’s Nashville character, Jeff Fordham. 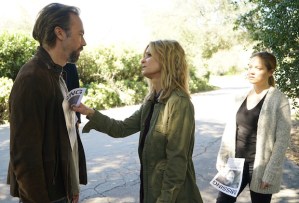 TEN DAYS IN THE VALLEY (Sunday at 10/9c) [WATCH TRAILER HERE]
MITOVICH | Kyra Sedgwick as a crime drama producer entangled in her own personal kidnapping crisis? As Brenda Leigh would say, “Thank yewwww!”
ROOTS | I feel like this is a cautionary tale for UnREAL‘s Rachel. Y’know, the Ghost of Producer Future?
NEMETZ | Combining a Hollywood cop show and a real-life kidnapping drama actually works, thanks to Kyra Sedgwick. Intense, and intriguing.