On Thursday’s Season 2 finale of Chicago Med, the docs spend so much time diagnosing Robin’s condition, they don’t see the other danger awaiting one of them.

But first, Robin is brought back to the hospital, causing Dr. Charles to erupt at Connor for her worsening condition. “This is on you. You did this!” he exclaims.

While Sarah tries to find a physical reason for Robin’s symptoms, Goodwin gives Dr. Charles a talking-to about not fighting hard enough for his daughter. Sarah’s initial tests come up empty, but Dr. Charles eventually gets an idea that leads to a new diagnosis: a brain tumor and some kind of antibodies reaction — I’m not a doctor, OK? — are causing Robin’s psychosis, not a mental disorder.

As they wait for Dr. Latham to take out the tumor, Connor and Dr. Charles make peace, and Connor even tells a post-surgery Robin that her dad was the one who made the correct ID. But because Dr. Charles was so busy and worried about his daughter all day, he neglected one of his former psych patients. The angry man confronts Dr. Charles outside the hospital before shooting him and then himself. 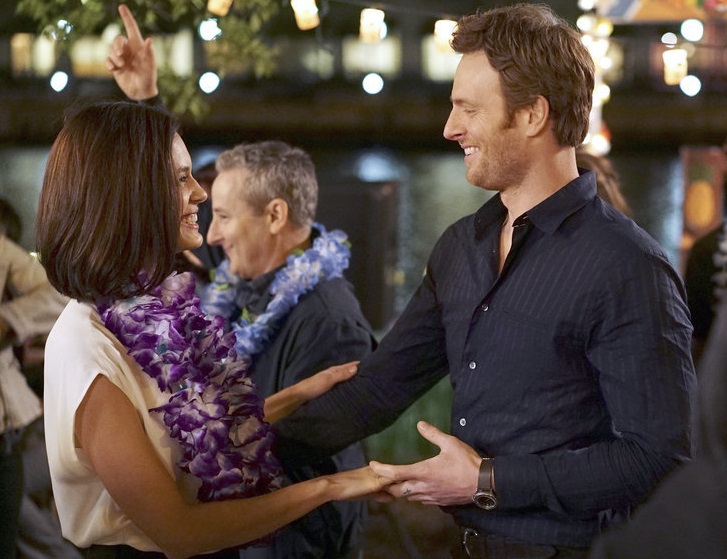 * Will wonders what Natalie’s new haircut means. She simply says it was “time for a change.” It also apparently makes her bolder, because she asks his brother Jay to go with her to Noah’s graduation party. Jay runs it by Will, who pretends like it doesn’t bother him, but of course, his bro sees through it. Jay says he’ll pass and adds, “You need to get your act together.” That spurs Will to break up with Nina.

“I have feelings for [Natalie], and I can’t go on pretending,” he confesses. I’ll give you one guess how well that goes over with Nina.

But will “Manstead” finally get together? That remains unclear, as Will and Natalie only share a dance at the party.

* Following last week’s almost-kiss, Ethan and April tiptoe around each other, with her suggesting that they act like “it never happened.” Noah picks up on the weirdness and urges his sister to give it a shot with Ethan, who is “one helluva doc… with decent earning potential.” She invites him to the grad party, where he plants one on her.

* Joey tells Sarah he’s dating someone new. My response: That was fast! Sarah’s is far more classy: “I’m glad you found someone.”

* Connor gets off to a rocky start with his new colleague (Falling Water’s Norma Kuhling), who was Dr. Latham’s first pick for Connor’s position. Am I wrong in sensing that there’s some sexual tension laced into their competitiveness, at least on her part? I mean, she tells him, “I like dangerous men”!

Med fans, what did you think of the season ender? Grade it via the poll below, then hit the comments to back up your pick!