iZombie answered a burning mystery during Tuesday’s episode when Blaine confessed to Peyton that he regained his memories after taking the second cure and has been faking his amnesia.

“You’ve made a fool of me,” she responded, noting that her friends could have been human for months.

But let’s focus on the present: Major is human now, with his memories fully intact, and Liv wants to join him in being non-undead. Unfortunately, someone stole the rest of Ravi’s cure, and the only other remaining vial is in Natalie’s possession.

Below, executive producer Rob Thomas previews the resurgence of Blaine’s wicked side, the relationship status of two ex-couples (it’s not looking good for anyone, sorry, ‘shippers) and the “fun” challenge ahead for human Major. 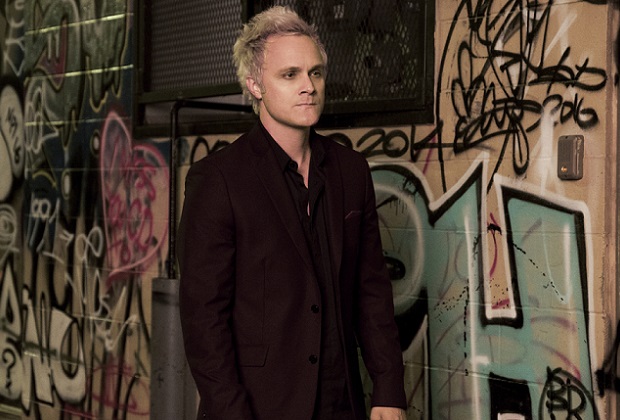 TVLINE | Blaine has lost Peyton, and everyone knows the truth now. Does this mark the return of the old Blaine? Is he back to his bad ways?
Yeah, we hinted that [during] that last scene where you see him brewing up [Ravi’s] blue brain concoction [for memory enhancement]. He is angry, and he is going back to his old ways, though things are not going to get better right away for Blaine. Blaine still has some misery to come. But pretty soon, we’re going to see the Blaine we all know and love: original bad guy Blaine.

TVLINE | Can you confirm or deny whether he took the cure from Ravi’s office?
No, I cannot confirm or deny. [Laughs] Liv and Ravi are going to begin an investigation into that in the next episode. The plan was to wrap up that investigation in the season finale, but we ran out of space, so it looks like it’s going to get answered early in Season 4.

TVLINE | Is this lie something that Peyton could forgive Blaine for?
Oh, I doubt it. I think he would have to go serve in the Peace Corps for a couple years, and I’m not sure that’s in him. 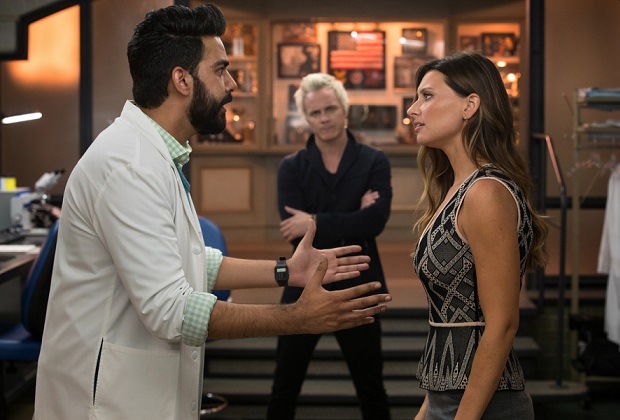 TVLINE | Does that mean the door is now open for a potential Peyton and Ravi reunion?
Ravi did not impress Peyton since the moment that she was kidnapped by Mr. Boss’ guys. Really, since the moment that he found out that Peyton slept with Blaine, he’s been pretty poorly behaved. So in what’s left of Season 3, they will just need to repair [their] friendship before anything romantic could happen.

TVLINE | I was surprised Liv was so eager to take the cure. Being a zombie is obviously difficult for her, but as she mentioned to Clive, it gave her some meaning. If/when she’s presented with the cure, will she be more conflicted?
There is some element of being a zombie and finding herself valuable and having these special abilities that Liv has become a little hooked on, and she does get some self-worth and satisfaction out of it. We wanted to choose a pain-in-the-ass brain for her to be on in this episode, one that was just annoying. It’s one reason we chose a brain that hurt the case rather than helped it, one on which she wasn’t doing much good and being a bad lab assistant for Ravi and being a bad friend to Major by not sticking with him when she was supposed to. There are all these mentions like, “God, I wish I weren’t a zombie,” because we wanted to have her in the mindset of, “I’m tired of this. I’m ready to be human again.”

And probably to some small degree, that tryst she had with Major, that did spark some old feelings and some thought that, “Wait a minute, Major and I could both be human again, and our relationship would be possible.” Though she never says that aloud in the script, that could have been affecting her. That’s a long-winded way of saying that you’re not wrong for thinking that Liv, at different points, is proud of what she’s been able to do as a zombie and has grown a little accustomed to it. But when the day comes when she has the syringe in hand and gets the opportunity to take the cure, I think she’ll take it. Being human again sounds good to her.

TVLINE | Major and Liv are once again in a situation where they can’t be together because he’s human, and she’s not. Are they taking a different approach this time?
This time, they won’t try to make it work. They tried that last season and ended up having a painful split. They know that that isn’t really possible. For Liv, for the first time since she’s become a zombie, there are actually plenty of eligible male zombies floating around in the world. There’s a whole private army of them, in fact. Whereas things are actually much tougher for [Major]. 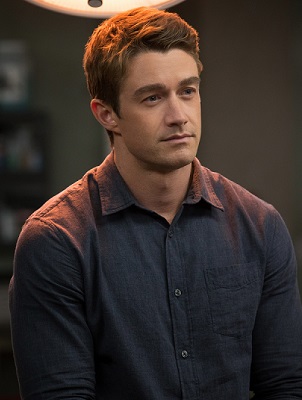 He is now human in a world where most Seattle human women shudder at the sight of him. He is often recognized as the Chaos Killer, and that puts a real crimp in his dating life. We will see them in the back half of the season as a couple of single people, making their way without each other.

TVLINE | With Major human again, what does that mean for his position at Fillmore Graves?
We’re going to get into that. That’s one of our favorite stories that we’re telling in the back half of the season. Major has found a home at Fillmore Graves, and these are his people now. These are the people who don’t care that he was accused of being the Chaos Killer. He wants to keep working there, despite being a human, and he’s going to see how long he can get away with it. And eventually, he may not get away with it. That’s a fun storyline for the back half.

iZombie fans, what did you think of the Blaine twist? Are you disappointed Liv and Major are being torn apart? Hit the comments with your thoughts!