Elementary took a bloody turn on Sunday when Joan found Shinwell (series regular Nelsan Ellis) dead in his apartment — it appears he bled out from a wound — at the close of the episode.

Earlier in the hour, the former inmate asked the P.I. for help with taking down one of SBK’s lieutenants so he could move up in the gang’s ranks and, ultimately, destroy the group.

“I didn’t do all this because I wanted to get away with what I did” in killing Jameel, he explained to Joan. “I did it because I was trying to make up for it.”

Unfortunately, Shinwell didn’t get the chance to make good before his untimely murder. Now it’s up to Sherlock and Joan to pick up where he left off, but a misunderstanding between the partners will make for an “intense” finish to Season 5, executive producer Rob Doherty previews below. 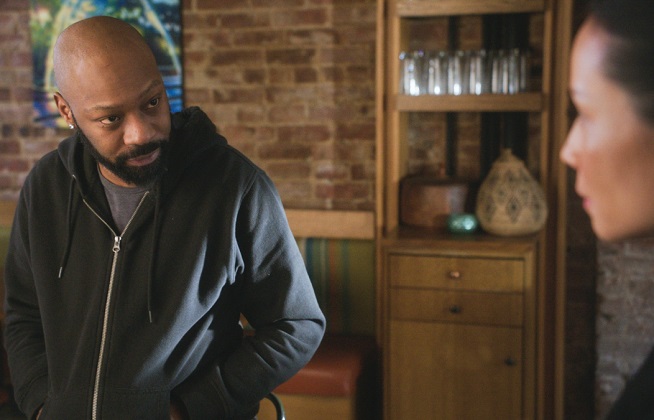 TVLINE | How did you come to the conclusion that Shinwell would die?
From inception, we viewed him as a tragic figure, someone that would come into Sherlock and Joan’s world, disrupt it and leave in tragic fashion. This was always part of the plan. We knew that we were going to pull this trigger, so to speak, at some point in the season, but it certainly felt most appropriate as we were approaching the finale. It platforms everything in a more dramatic fashion as we get into the last two episodes.

TVLINE | Were you ever tempted to keep the character around longer?
It’s never easy to kill off a character you care about, especially when you have an actor who did as fantastic a job as Nelsan Ellis. But as I said, we always had a sense of the story and the best way to tell it. Ultimately, even though we cared a lot about the character and the actor, we still felt it was too important a part of the story we were telling to change.

TVLINE | Before he died, Shinwell texted Joan to meet him. Did he have something to tell her? Or did he just sense that he was in danger?
As the [next] episode begins, we have a strong sense that he had news to share with her, that something had changed, which could include the possibility that he was aware he was in danger. Unfortunately, he was [Sherlock and Joan’s] most important window into that [SBK] organization. So with his murder, Sherlock and Joan are, virtually, starting from scratch as they swivel their own crosshairs to SBK.

TVLINE | Is Shinwell’s killer a member of SBK? Or is it more of a mystery than that?
Yes, Shinwell was, in fact, killed by a member of SBK. It’s someone we’ve seen before during the season. We will identify the individual who killed Shinwell in the second-to-last episode. But that’s not really enough. SBK is, ultimately, the sum of its parts. Finding the person who killed Shinwell is really just taking away one small part of a much larger group. Shinwell has always had his sights on the real shot-callers in the group, and so must Sherlock and Joan when they [set out to] complete his mission in the finale… Actually bringing down the group is a much trickier proposition [than just arresting Shinwell’s killer]. 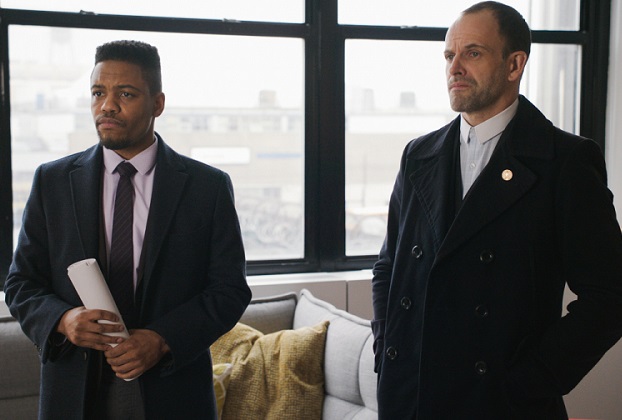 TVLINE | Are Joan and Sherlock in physical danger just by virtue of their connection to Shinwell and his ties to SBK?
Yeah, I should say [it’s] a much trickier and dangerous proposition, in that they’re going up against a very cold, very calculating street-based criminal organization. It’s a group that doesn’t think twice about taking a life, or two lives, or ten. So yes, there’s very real physical danger for them, and, in fact, for the police who help them. They have to tread very carefully. SBK is not as subtle as some of the groups they’ve gone up against in the past.

TVLINE | How will Shinwell’s death affect Joan? She had a very close relationship with him. 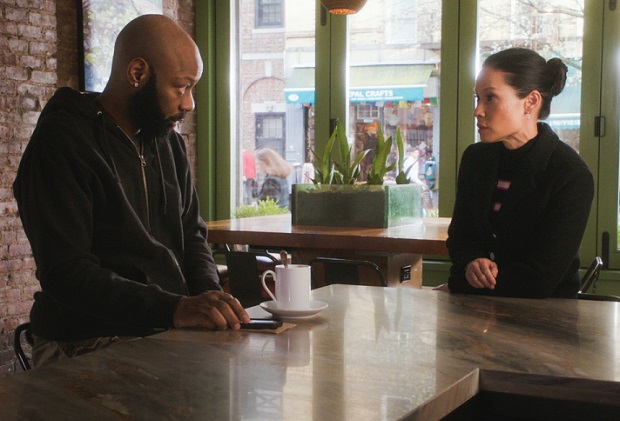 It stings. It’s a huge disappointment. By the end, they weren’t exactly friends, but she certainly believed in what he was doing. She recognized that he wasn’t looking to get away with his own crimes. The respect that she had for him and his agenda in the beginning was restored. His death is tragic to her, certainly, [because] they developed a relationship over the course of this year. But it’s equally tragic that he won’t be able to finish what he started, that a greater evil still exists.

TVLINE | Joan and Sherlock have had very differing opinions about Shinwell, especially as of late. How does that impact the investigation and their working relationship?
It’s going to be an intense couple of episodes. We’re going to see a frost developing between the partners that we really haven’t seen before. It’s not that Sherlock is unaffected by Shinwell’s death. It’s that, as we will see, he is dealing with some surprises in his personal life. He’s very distracted and isn’t able to commit to this investigation the way he typically would. When you’re distracted and you’re keeping it to yourself, there’s room for misinterpretation, and Joan will misunderstand some of his decisions over the last couple of episodes, thinking that he’s unmoved by Shinwell’s death. But that’s really not the case.

Elementary fans, will you miss Shinwell? And what are your hopes for the next two episodes? Hit the comments with your thoughts!