Warning: This article spoils the season finale of 13 Reasons Why. If you haven’t finished “Tape 7, Side A,” get thee to a TV — or whatever device you’re reading this on — and binge!

As far as teen dramas go, Netflix’s 13 Reasons Why is a damn masterpiece. In fact, I’d argue that the powerful series — adapted from Jay Asher’s 2007 novel about a teenage girl who leaves behind a series of audio tapes detailing the events (and people) that led her to commit suicide — transcends the genre, bolstered by powerhouse performances from an ensemble peppered with TV veterans and fresh new talent.

13 Reasons Why: Questions for Season 2 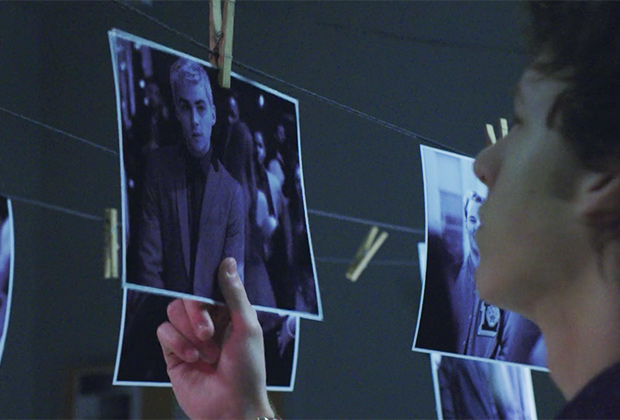 The Selena Gomez-produced series is also an unequivocal hit, garnering rave reviews from critics and millions of tweets from obsessed fans, so it should come as no surprise to hear that the streaming giant is close to renewing 13 Reasons Why for a second season. But here’s my question for the group: Why can’t we just let Hannah Baker rest in peace?

Hannah’s story may not have had a happy ending, but it did have an ending. She spoke her truth, and we listened — for 12 commercial-free hours. (I could go on for days about how Clay should have just locked himself in his room and binged all 13 tapes at once. At the very least, he could have saved Tony a handful of “Keep listening!” speeches.)

Is there more story to be mined from this world for a potential second season? Of course there is. (For what it’s worth, we’ve compiled some of our burning questions in this gallery.) But 13 Reasons Why has always been Hannah’s story, and you can call me shortsighted, but I feel like a second season wouldn’t be possible without a monumental shift in tone.

Just because the season finale’s closing montage introduced a few new loose ends, that doesn’t mean we need another entire season with which to tie them up. Given the darkness and complexity of the world in which 13 Reasons Why dwells, I wouldn’t expect every problem to find a solution. I think it’s enough to conclude Hannah’s story with the understanding that these characters will continue to exist after they’re gone from our screens.

For what it’s worth, Asher is 100-percent down for a second season. He says he’s curious to see how Netflix might expand his novel, even though he admits to scrapping his own plans for a sequel years ago.

“I’d just like a continuation of all those characters,” he recently told EW. “What happens to Clay? How do people react to what Alex did at the very end? What’s going to happen to Mr. Porter? I’d thought of a sequel at some point. I’d brainstormed it, but decided I wasn’t going to write it. So I’d love to see it.”

As we saw in 13 Reasons Why, humans have a habit of destroying beautiful things, especially when they start to feel entitled. Do we really want to do that to this gem of a show? Cast your vote below, then drop a comment with your *ahem* reasons why.