It’s still hard to believe that Carrie Fisher is no longer with us. But at least now, we can finally see the final role the iconic Star Wars actress filmed before her sudden passing last December: her hilarious work as Rob’s prickly mother Mia on Season 3 of Amazon’s Catastrophe.

Fisher played Mia in all three seasons of the U.K.-based comedy, starring Sharon Horgan and Rob Delaney as a mismatched married couple — she’s Irish, he’s American — raising kids in London. Season 3 debuted on Amazon last Friday, and Fisher only appears in the sixth and final episode, but her appearance is appropriately bittersweet, with all the humor and warmth we’ve always loved about her. Plus, the show added a heartfelt tribute to Fisher at the episode’s end.

[SPOILERS AHEAD for the Season 3 finale of Catastrophe…]

It’s kind of eerie that Fisher’s final episode centers on a death in the family. When Sharon’s father dies, Mia flies out to Ireland to join Rob and Sharon for the funeral. She latches onto Sharon’s widowed mom Carol, acting as a crude guide to her new single life; Mia notices a old man paying extra attention to Carol and tells her he’s “trying to get into your pants.” Sharon wants to keep Mia away from her grieving mom, but backs off when Carol insists she likes having Mia around: “She makes me laugh… and she does the dishes after every meal.” 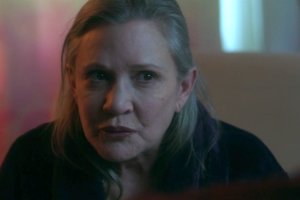 Mia later invades Rob and Sharon’s home uninvited, saying it was too cold in Carol’s house: “I had to wear three coats! I looked like Nanook of the North.” Her being there allows Rob to make a late-night confession to his mom: He’s been drinking again — heavily. Mia’s reaction, in classic Catastrophe fashion, is equal parts funny and touching: First, she punches Rob hard in the shoulder (“You’re f–king drinking again? You can’t drink!”), and then tells him his father used to drink a lot… and even hit her once. She leaves him with this motherly advice: “You put a plug in the jug, mister, because if you ever hit Sharon… I’ll f–king kill you.”

The final time we see Mia on screen, she’s channel-surfing on Sharon’s TV and rambling on about her favorite show: My Children Are Schizophrenic. But the producers included an end card after the credits, dedicating the episode to Fisher’s memory: 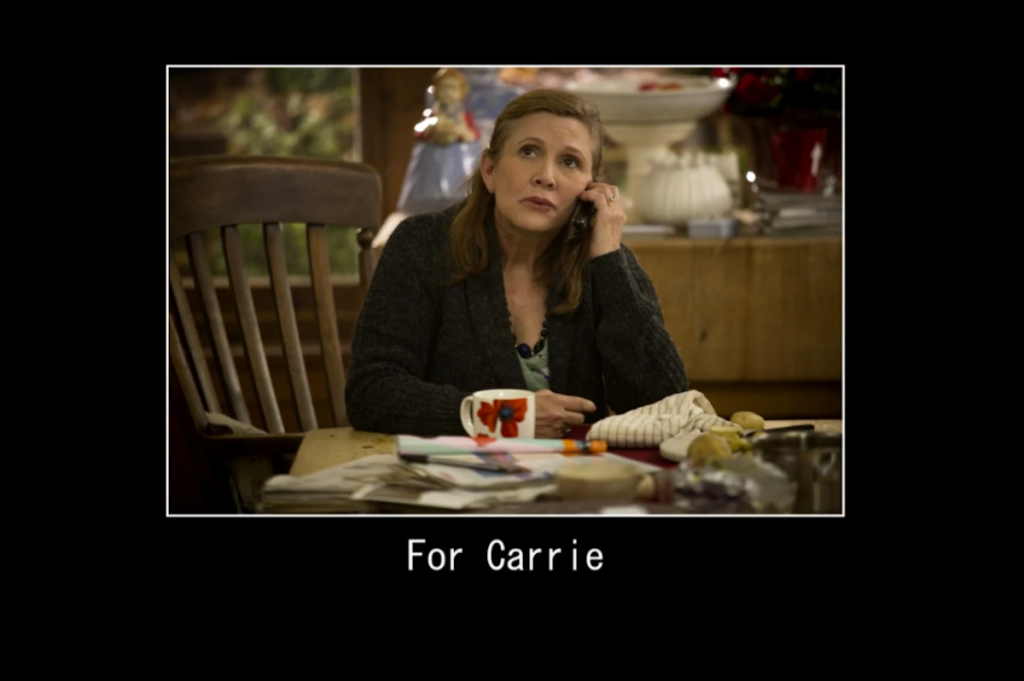 All in all, a fitting send-off for a very funny lady we’ll be missing for a very long time.