My fellow Gladiators, we need to talk.

When Scandal premiered on ABC in the spring of 2012, it was electrifying. Half-procedural, half-political thriller — and all-dramatic soapy goodness — it was a fresh addition to the television landscape. On that much, we can all agree.

At the risk of sounding like a romance novel come to life, there were countless moments throughout the series’ first few seasons that left me breathless. Fitz getting shot in Season 2? Breathless. Queen Sally Langston bludgeoning her husband to death in Season 3? Breathless. Olivia getting “kidnapped” in Season 4? Breath… look, I think you know where this is going. 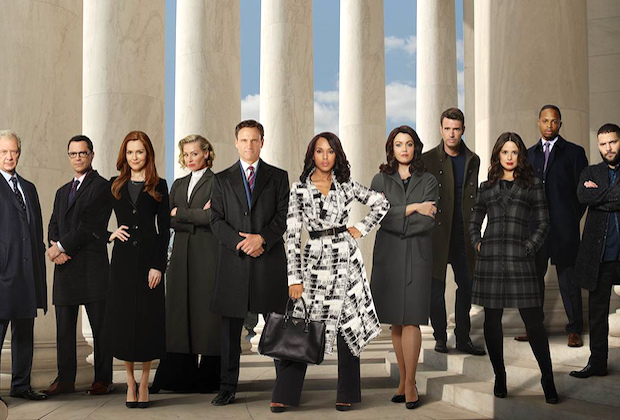 But after more than 100 episodes, this once-great drama is simply spinning its wheels, serving us the same old flavors with only slightly different toppings. (Like, you can call them “jimmies,” but we all know they’re sprinkles.)

Seriously, how many more mysterious organizations (à la B613) must OPA overcome? How much longer will it take for Olivia and Fitz, still one of television’s more problematic pairings, to finally settle on a definition of their relationship? And how many near-death experiences can Rowan have before he just. finally. dies?

So here’s my point: As a fan of this show, I need its upcoming seventh season to be its last. If I’m being real — and I think this is a #safespace to do so — I actually believe that, had the show not already been renewed, the current sixth season would mark the perfect end. Not only are Olivia & Co. presently battling the toughest enemy they’ve ever faced, but wouldn’t it be poetic for the series to conclude just as it began, with Olivia getting the next president into the Oval Office — this time (mostly) on merit?

Unlike Grey’s Anatomy — which functions like grown-up Degrassi, with a revolving door of characters in a stable setting, allowing it to continue forever — Scandal has a considerably shorter shelf life. Series creator Shonda Rhimes has said as much, calling it a “different kind of show” during a 2013 interview with NPR.

“I feel like there is a finite amount of Scandal to be told,” she said. “So I know what the end of Scandal will be, and I feel really good about that. And I can see where the end point is. And I don’t think I’m going to change that. … I know how long I think it will be. But we’ll see.”

In a subsequent interview with The Hollywood Reporter, Rhimes spoke in numbers, saying that, “the Fitz-Liv thing can only be told so long and in such a way. It’s not a 10-season or eight-season show.”

I’m no math whiz — just ask any number of traumatized teachers from my schoolboy days — but given Rhimes’ own words, it sounds like the end is nigh. And at this point, that’s something we should all be able to handle.

Where do you stand on Scandal‘s eventual end? Cast your vote below, then drop a comment with more of your thoughts.