We’ve got questions, and you’ve (maybe) got answers! With another week of TV gone by, we’re lobbing queries left and right about shows including Training Day, FEUD, Once Upon a Time, Better Call Saul, Handmaid’s Tale and Riverdale!

1 | Did you spot Training Day‘s 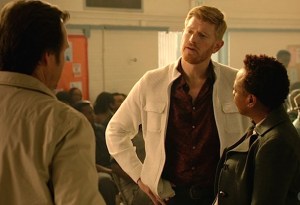 Villain of the Week the instant they introduced the Random, Rich White Guy Doing Right by the Urban Community?

2 | How could FEUD: Bette and Joan exclude the 1968 incident in which sixtysomething Crawford filled in for twentysomething daughter Christina on The Secret Storm?

3 | How is American Crime going to wrap up any of its storylines, with just one episode left?

4 | When The White Princess‘ Lizzie threatened to forcibly eject the royal heir from her womb if the bishop didn’t do what she said, was it the first (and maybe only) time a powerful man’s complete ignorance of female anatomy worked in a woman’s favor?

5 | Um, since several Once Upon a Time characters boast mad magic skills, can’t Emma’s wedding venue be pretty much anything they want it to be…? 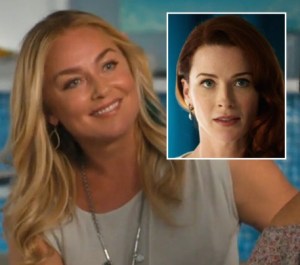 the masks worn by Jane the Virgin‘s Rose not only disguise her face, but also change her body shape and voice?

7 | If Dancing With the Stars already had Nick Carter as a guest judge, why not also let him (instead of the mediocre house band) sing the Backstreet Boys’ “I Want It That Way” for Bonner and Sharna’s routine?

8 | Couldn’t Better Call Saul‘s Mike have come up with a less elaborate plan to frame Hector’s drivers, as cool as the sneaker-shooting stunt was?

9 | Did The Flash waste its visually fun Barry/Barry team-up on two of the series’ most forgettable metas? And weren’t you kind of wondering how a normal-sized human being would eventually emerge from hulking Savitar’s suit?

10 | With only a handful of hours left to wrap up seven seasons of mysteries, can Pretty Little Liars afford to be feeding us filler episodes like this week’s? And do we really need to be meeting new suspects at this point? 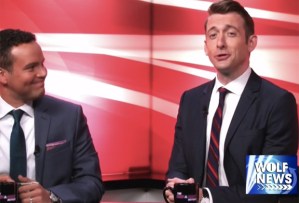 12 | Did Episode 2 of The Handmaid’s Tale inspire you to dust off your Scrabble board or bury it in the back of your closet never to be seen again?

13 | We weren’t the only Empire viewers surprised to learn Rumer Willis is doing all of her own singing, were we?

14 | Is Arrow‘s Curtis as of late walking a fine line between comic relief and annoying nattering? Was this 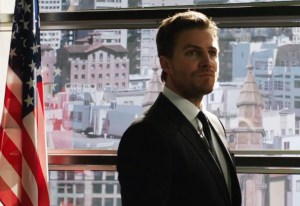 the fakest-looking city backdrop ever? And TVLine reader Ansig asks: “Can someone tell me why with Lyla being the head of A.R.G.U.S., she and Diggle still live in an apartment?! How much do homes cost in Star City?!”

15 | Where does Designated Survivor‘s (pointless!) Ford Fusion product demo rank among TV’s most overt on-screen plugs?

16 | We understand that The Big Bang Theory has a 22-minute structure to work within, but still: Wasn’t it preposterous that Penny wouldn’t have spent a little more time vetting the job offer she received from her ex before deciding to make a major-ish career change?

17 | If Riverdale‘s trend of casting ’80s and ’90s stars as parents continues, might we see Skeet Ulrich’s Scream co-star Courteney Cox pop up next season as Jughead’s mom?

19 | Did you go into The President Show 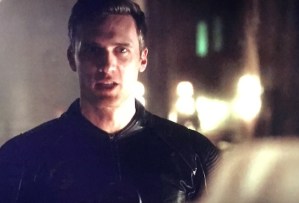 expecting to hate it, but wind up loving it? And can we agree that Anthony Atamanuik’s Donald Trump impression is infinitely better than Alec Baldwin’s?

20 | With all due respect to Teddy Sears and Zoom, is there no Flash dialogue snippet featuring, you know, series star Grant Gustin that Optimum could use for their “Faster!” commercial?