“Gangnam Style” was not the worst of Glee‘s looks during its six-year run.

Scream Queens survivor Lea Michele appeared on Tuesday’s edition of Bravo’s Watch What Happens Live, where she revealed to host Andy Cohen that her pick for the worst song ever performed on the Fox comedy came during Season 5, when she and her fellow castmates recreated a certain Internet sensation involving — shudder — puppets. 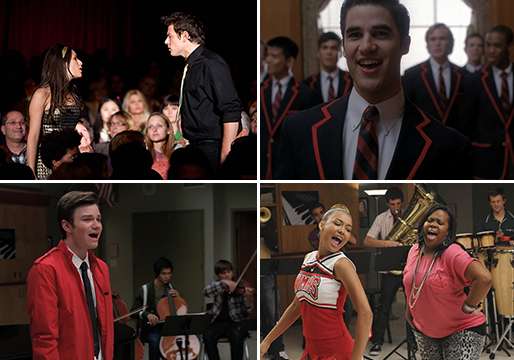 “That was definitely my least favorite song that we ever did,” Michele said to Cohen when divulging the most embarrassing performance to ever take place at William McKinley High.

Back in February, Glee creator Ryan Murphy was asked the same question, revealing that the one musical number that still makes him cringe is “Gangnam Style.” For what it’s worth, TVLine shared its picks for the worst Glee numbers back in 2015, and “What Does the Fox Say?” came in at No. 1 — only narrowly beating out “Gangnam Style,” which came in at No. 2.

Press PLAY on the video above to get Michele’s answer, then scroll down (if you dare!) to relive her least favorite performance.