Weeks after shooting and then shoving Penguin into the river, Nygma is unable to cope, popping meds that leave him talking to himself, in the form of his fallen best friend. It also turns out that Nygma has been on a killing spree of sorts, seeking out Gotham’s brightest minds only to off them, one by one, when they go 0-for-3 in his test of riddles.

Nygma switches from seeking a genius “teacher” in villainy to courting an arch enemy, and of course sets his sights on Jim Gordon. But with Gordon away enjoying “family time” with Uncle Frank, Bullock instead deals with Nygma’s first vexing clue. Soon enough, Nygma gleans that Lucius Fox has a bodacious bean, which he puts to the test with Bullock’s life on the line. Thankfully, “Foxy” knows that “a reflection” is “something you’re born with and that knows your every thought, and when you die it sees you rot.”

Impressed, Nygma makes his interest in Fox official, by sneaking up him in his car and drugging him — after declaring himself to be “The Riddler”! Afterward, “Penguin” taunts Nygma over his choice of name, but Edward maintains that Gotham will come to fear The Riddler, as he ditches the last of his mind-altering pills.

Elsewhere in the second midseason premiere: 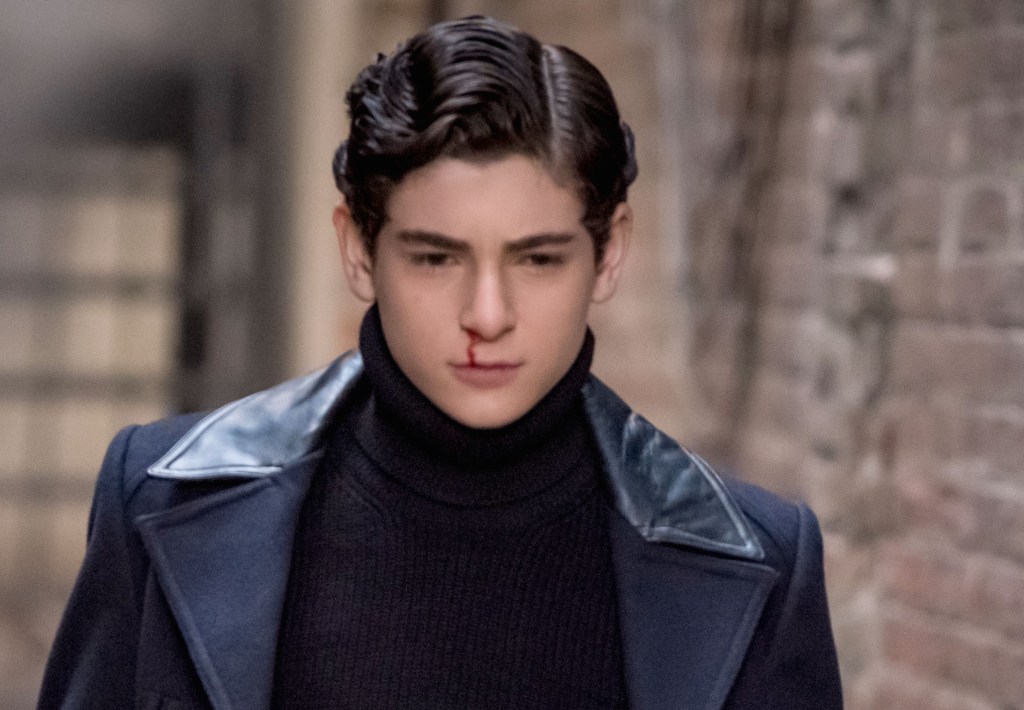 than enough nudging from Alfred, Bruce responded to Selina’s note by seeking her out, only to find her and learn that she didn’t write it. After holding his own (and then some) against some street toughs, Bruce ran into Subject 514A, who has perfectly transformed himself, body and mind, into Young Master Wayne. The clone KOs the original, who later wakes up in, I will guess, Nepal…? (I really don’t know, I got a “D in geography.) CloneBruce meanwhile trips up a bit right out of the gate, greeting Alfred with a hunger for his Shepherd’s Pie. (France doesn’t like coffee ice cream!) But Alfred tucks that curiosity away quietly for now.

* Uncle Frank informed Jim that the Gordons have for generations been members of the mysterious Court of Owls that has lorded over Gotham, and now it is Jim’s turn to join the fold. Frank further explains that he realized the Court’s treachery too late — after they orchestrated the death of Jim’s father — and now he aims to take them down from the inside, with his nephew’s help. But is Frank telling the truth about his intention?

* Penguin is in fact alive and sorta-well, waking up in the care of Ivy Pepper — at which point he promptly remembers, “I have someone to kill.”