There’s no good way to spin this: Fox News is parting ways with Bill O’Reilly.

The controversial political commentator is out after more than two decades with the network, 21st Century Fox confirmed via the following statement: “After a thorough and careful review of the allegations, the Company and Bill O’Reilly have agreed that Bill O’Reilly will not be returning to the Fox News Channel.”

The O’Reilly Factor host has been mired in scandal for weeks, with the recent revelation that Fox has paid out more than $13 million to settle five separate 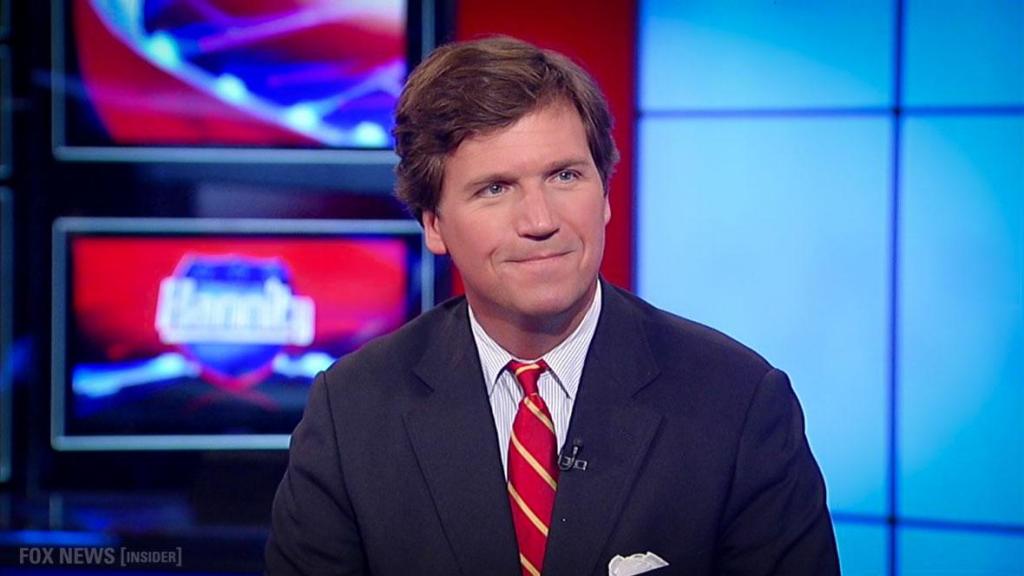 sexual-harassment lawsuits against him. That led to more accusers coming forward and an extensive advertiser boycott, with dozens of companies dropping their ads from Factor, costing the network millions in lost revenue.

Tucker Carlson, who currently anchors the 9 pm slot, has reportedly been tapped to replace O’Reilly at 8 pm.

O’Reilly has hosted the primetime news show The O’Reilly Factor since 1996, and made it into Fox News’ top-rated program, with viewers tuning in each weeknight for O’Reilly’s commentary on the day’s political news. His brash, no-nonsense style (he famously labeled his show “the No-Spin Zone”) and “Talking Points Memo” format, with on-screen text matching his comments, were lampooned by Stephen Colbert on his Emmy-winning Comedy Central show The Colbert Report.

No word yet on whether O’Reilly might take his act to another TV network, but he does have a writing career to fall back on: He’s written or co-written more than a dozen books, including the bestsellers Killing Lincoln and Killing Kennedy, both of which were recently turned into National Geographic TV movies. 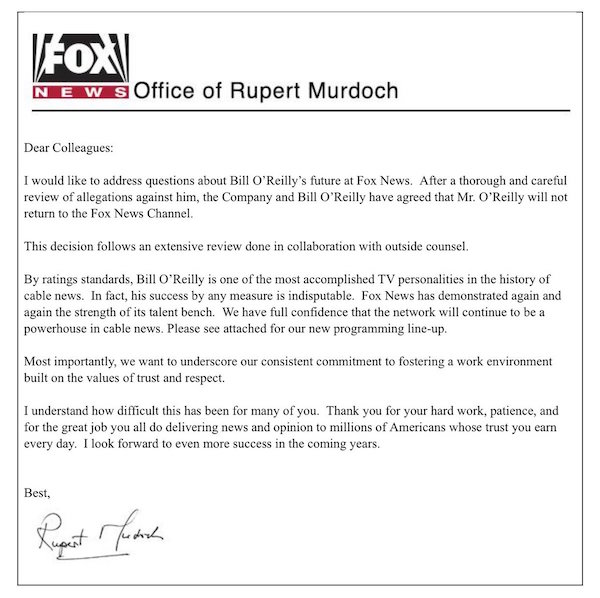 UPDATE: O’Reilly has responded to his dismissal from Fox News with a statement, saying “it is tremendously disheartening that we part ways due to completely unfounded claims” but insisting “I wish only the best for Fox News Channel.” Here’s O’Reilly’s statement, in full:

Over the past 20 years at Fox News, I have been extremely proud to launch and lead one of the most successful news programs in history, which has consistently informed and entertained millions of Americans and significantly contributed to building Fox into the dominant news network in television. It is tremendously disheartening that we part ways due to completely unfounded claims. But that is the unfortunate reality many of us in the public eye must live with today. I will always look back on my time at Fox with great pride in the unprecedented success we achieved and with my deepest gratitude to all my dedicated viewers. I wish only the best for Fox News Channel.