It can finally be double-secret officially announced: Once Upon a Time‘s Emma Swan and Captain “Killian Jones” Hook are heading for a wedding.

The confirmation comes on the heels of this Sunday’s episode, in which some of Peter Pan’s magic from Neverland combined with powerful Pixie flower petals allowed Hook (played by Colin O’Donoghue) to return to Storybrooke, where he and Emma (Jennifer Morrison) happily reunited and reaffirmed their plan to walk down the aisle. (Elsewhere, Snow and Charming were rescued from the sleeping curse when Regina got the idea to “dilute” its power by having family and friends also partake in the spell.)

TVLine was on set for the filming of the wedding episode, on March 7 at the show’s soundstage in Vancouver. Many more, exclusive details will be served up as the Big Day draws near, but for right now, here are five things to know:

♥ Airing Sunday, May 7 at 8/7c, the wedding episode is titled “The Song in Your Heart” — because it is also the series’ musical episode (which TVLine was the first to tell you about back in January).

♥ The episode has been in the works since last summer, when Once co-creators Adam Horowitz and Eddy Kitsis met with Zachary and Weiner. “We’ve been planning it for a long time,” says Kitsis.

♥ Yes, the wedding is poised to mark Emma and Hook’s affirmation of love, but even more importantly, it signals how far the series’ central protaganist has come in six seasons, having first arrived on the scene with her emotional walls raised high and firm. “For us,” says Kitsis, “the most important thing [about the wedding] is that it was intimate and that you really understood that this was a real milestone in Emma’s growth.” One other goal? “Hopefully to make some people cry!”

♥  Yet despite such best intentions, the ceremony miiiiight not go off without a hitch. As Horowitz reminds, “Weddings on the TV series Once Upon a Time traditionally are fraught with unexpected circumstances. And this is no different.”

Will you RSVP for Hook and Emma’s wedding on May 7? Check out the poster below. 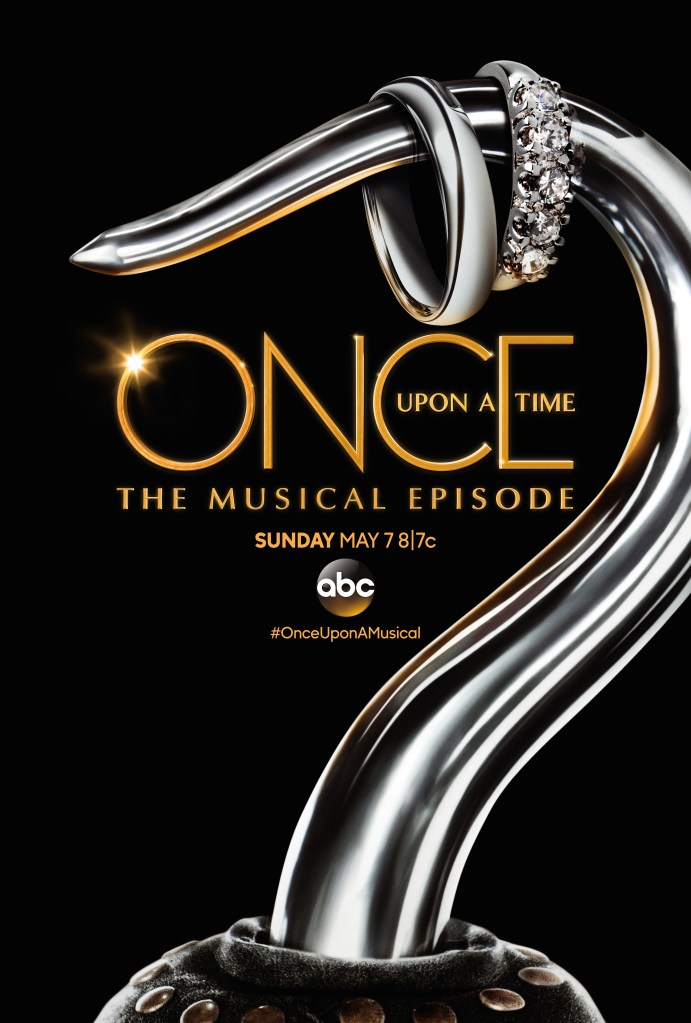