When ABC’s Happy Endings premiered six years ago, it got off to a pretty happy beginning, actually.

The cancelled-too-soon sitcom (that we still miss dearly) made its debut on April 13, 2011 with a premise — young lovers Dave and Alex split up after she leaves him at the altar, forcing their friends to choose sides — that was, thankfully, swiftly abandoned. That left more room for the delightfully zippy one-liners that the flawless cast batted back and forth each week.

Pilots are notoriously difficult to pull off, but the Happy Endings series premiere managed to show glimpses of the genius writing that was to follow for three glorious seasons. To celebrate the show’s sixth birthday, we’re highlighting the five funniest jokes from the pilot — and ranking them in order, just to make things interesting. 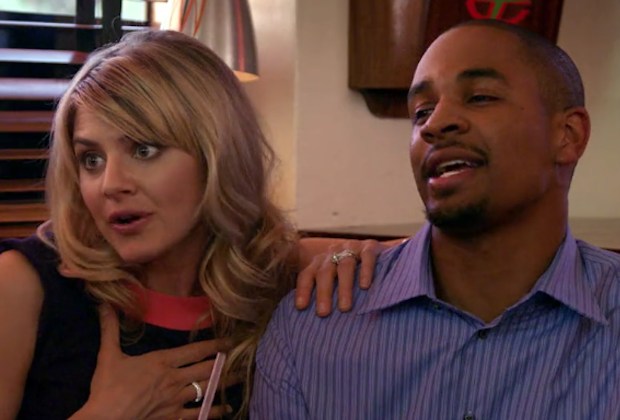 4. Jane: “You did not have to tell him that she went on the honeymoon. It makes her look bad.”
Brad: “No, Alex looks bad because she’s doing bad stuff.”
Max: “Yeah, that’s like saying John Mayer’s songs are making John Mayer look bad.” 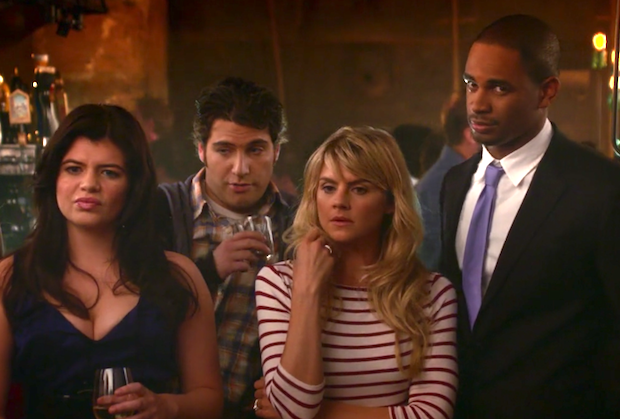 3. Jane: “Now it’s just gonna be us out there in the suburbs, all alone, slowly giving up. Five years later, I’m rocking butchy mom hair and dreaming about driving my burgundy Windstar through a farmer’s market.” 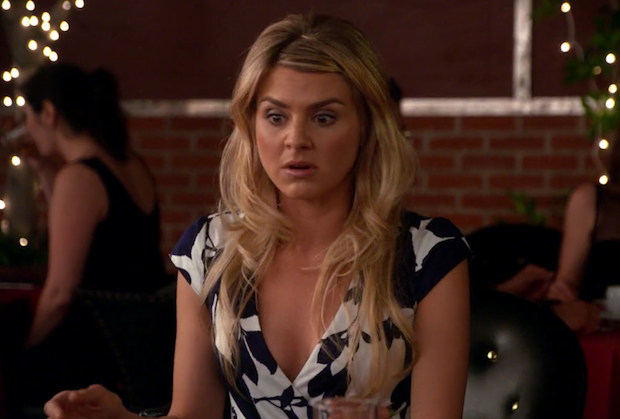 2. Jane: “I’m gonna need vodka in a water glass with ice, and I’m gonna be ordering ‘water’ from you all night long. So one ‘water,’ please.”
Waitress: “Did we start already, or do you really want water?”
Jane: “Just bring me vodka.” 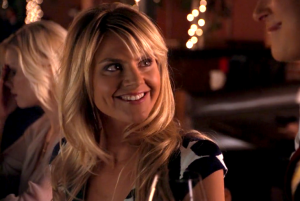 1. Young gym girl: “Excuse me, ma’am, are you done with this machine?”
Penny: “‘Ma’am’?… I am gonna go and bawl my eyes out, and then I will be back to physically fight you.” 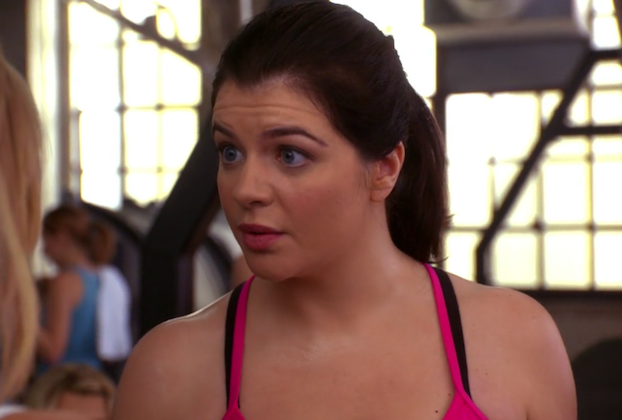 (Yes, our rankings are a little Jane-heavy… but that’s only because Jane is the best.)

If you’re craving more Happy Endings after that, the full pilot — and all three seasons, actually — are streaming now on Hulu.

Got more Happy Endings memories? Share ’em in the comments.