For longtime viewers of TNT’s Major Crimes (and even more so, those who also watched The Closer), there was a moment in the Season 5 finale that made you gasp and perhaps even brought a tear to your eye.

Unless I am just speaking for myself.

But if you are among those of us who got emotional over the visual of the Major Crimes office windows being blasted out by a bomb, the murder room reduced to rubble, know that you are in good company.

“Yeah, it was designed to make you feel a little verklempt,” says James Duff, who as the creator of both Major Crimes and its sire needed a moment of his own to process the loss. “Even though Mike Robbin, who directed the episode and has been my producing partner the entire 200 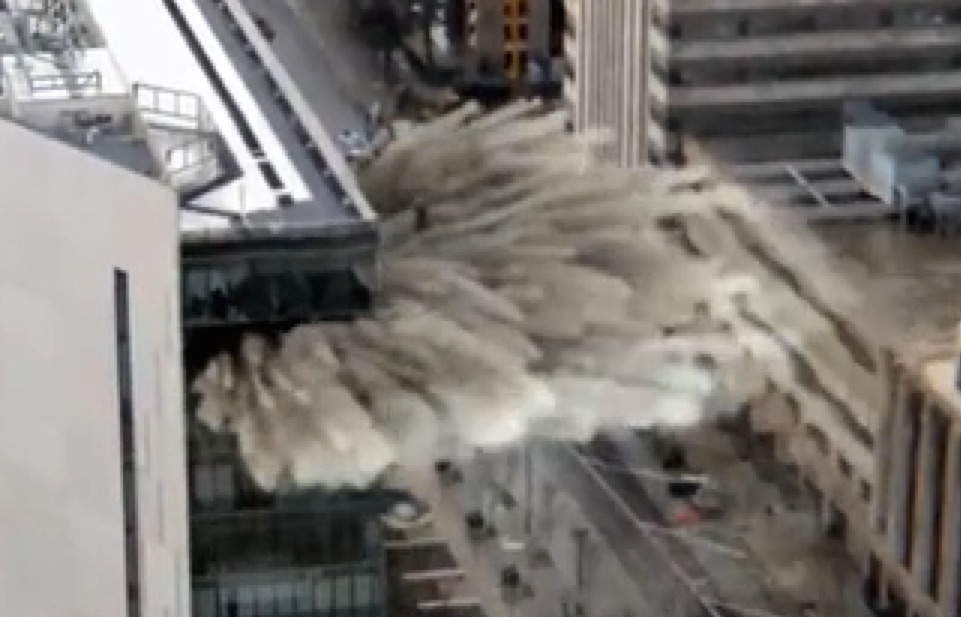 episodes, begged me to come over and look at the murder room after it had been trashed, I couldn’t do it. It took me until after everybody had gone and we had stopped filming to go over and walk through the rubble — partially because I wanted to see it on film and see how I felt, before I saw it in reality.”

That said, the jaw-dropping moment — Andy’s POV of the exploding LAPD was filmed from the actual City Hall tower next door — “was not as bad as it could have been,” Duff shares. How so?

As previously reported, the events of the Season 5 finale were originally conceived to serve as a series finale, when it looked as if TNT might not pick up the procedural for Season 6. And in that original scenario, the damage was a bit more devastating, the aftermath more elaborate. “The blowing up of the murder room would have happened a little sooner [in the episode], and the action would have been driven by a different character,” Duff says. But after the show’s fate was safely secured, “I kept the murder room being blown up because it allows me to rebuild it a bit. It’s going to end up looking similar to what it was, but there will be new technology in place when we come back.”

Speaking of changes on tap for Season 6: As the dust at the LAPD literally settled, Fritz introduced Sharon to the new assistant chief — CID’s Leo Mason, whew! — who then shared his own surprise, by greeting the newly promoted Commander Raydor. Meaning: Ding-dong, Winnie Davis’ reign of terror is dead.

“It will be the last we see of her for probably a little while,” Duff says of Camryn Manheim’s polarizing Assistant Director of Operations, who in lobbying for the late Russell Taylor’s post proved a thorn in Major Crimes’ side. “I won’t say that she’ll never come back, but she won’t ever be as threatening again.”

Want scoop on Major Crimes, or for any other show? Email InsideLine@tvline.com and your question may be answered via Matt’s Inside Line.