Warning: The following contains spoilers for Tuesday’s episode of The Fosters.

The Fosters wrapped up Season 4 on Tuesday with Callie singing A Great Big World’s “You’ll Be Okay,” but everything was far from OK for the teen.

Unaware that Troy had confessed to the murder of his grandmother and thinking she had nothing to lose before heading to jail, Callie traded places with Christina and found herself alone with Diamond’s pimp. Her only hope of rescue — the cell phone Stef was tracing — was tossed into a car heading in the opposite direction.

Meanwhile, Jesus confronted Emma and Brandon about her secret abortion and then ran off after mistakenly assuming the baby was his brother’s.

Below, executive producer Peter Paige talks about the dark Callie cliffhanger and how it shifts her outlook in Season 5. The EP also weighs in on Brandon and Callie’s friendly reunion, Jesus’ angry reaction and more.

TVLINE | Callie is in a very precarious, dangerous situation at the end of the finale. 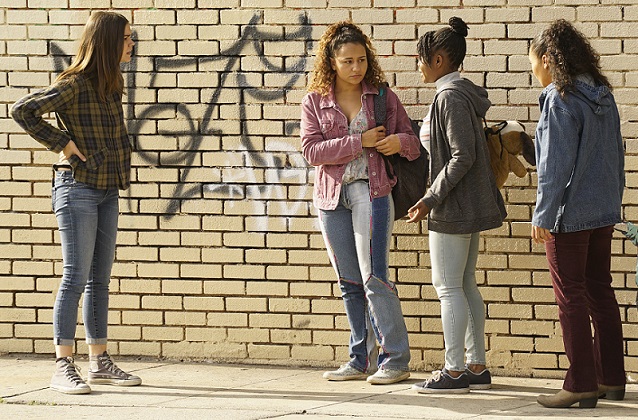 It’s awful. Where we left her in the finale is as dark a place as we’ve ever gone on the show, really. Her innate desire to help other people in need is on full display and has gotten her into a really, really dangerous situation, but one that’s very real. One of the reasons we waded into human trafficking is just how real it is and how little it’s talked about. Some extraordinary percentage of foster kids end up doing sex work. They get preyed upon and exploited so easily. It’s something that we felt this obligation to explore on the show. Callie wouldn’t be the first smart girl who found herself there.

TVLINE | How much further into that storyline are you going to delve? It is still Freeform, so how far into the subject matter can you get? How dark can it get?
In the premiere, we’ll take care of you. Don’t stress. The show’s not becoming The Fosters: SVU.

TVLINE | Does Callie have any hope of making it out of this situation unscathed, emotionally and/or physically?
I don’t know about emotionally. [But] there’s always hope. She’s a very bright and powerful young woman and quite capable. There are definitely moves to be made.

TVLINE | Now that Troy has confessed, is the trial storyline put to bed?
No, because as we’ve seen many times in poor Callie’s life [and] in the justice system at large, just because one domino falls, it doesn’t necessarily mean that the rest do. Things are generally not that easy and tidy in life.

TVLINE | Callie was right about Troy, but her quest cost her a lot. Does that change her perspective going into next season?
I think it does. There is definitely an awakening for Callie coming out of this experience and a shift in how she starts thinking about her own life. That’s really what Season 5 is about for her.

TVLINE | Given the way he ran off, are we to assume Jesus is in physical danger?
No, I would assume that he’s angry like he’s never been angry before.

TVLINE | Knowing this show, I was very fearful that he ran into a rainy street, with cars driving…
[Laughs] You are right to be afraid of all of those things. 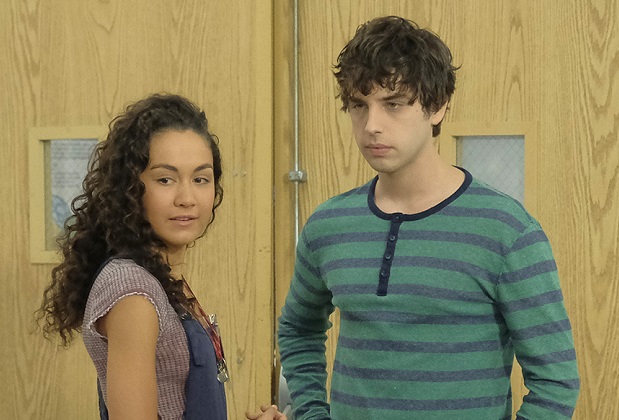 TVLINE | A lot of Brandon’s story this year has been about family, and even his friendship with the music therapy teacher didn’t veer too much into romance. Did you want to give the character a break from romantic drama?
We acknowledge that a lot happens to this family over a relatively short period of time. But outside of that, we try very hard to make sure everything is grounded in reality. Coming out of the giant Juilliard debacle, we felt like [Brandon] likely would retreat into his shell a little bit and try and figure out his next move. That probably, at least in the short term, didn’t include romance.

TVLINE | There were some sweet moments between Brandon and Callie in the last couple episodes. Was that purely about reestablishing them as friends?
Yeah. We love their connection and value it very much and wanted to see it again. We had missed it. Their storylines have been so divergent that we felt like it was time to make sure they crossed a little bit more. That’s the thing about living in a house with seven people — you can go days and days without seeing someone. [Laughs]