Switched at Birth concluded its five-season run on Tuesday in much the same way it started: with a strong sense of family as the Kennish-Vasquez clan laid on their front lawn together, gazing up at a rare comet. 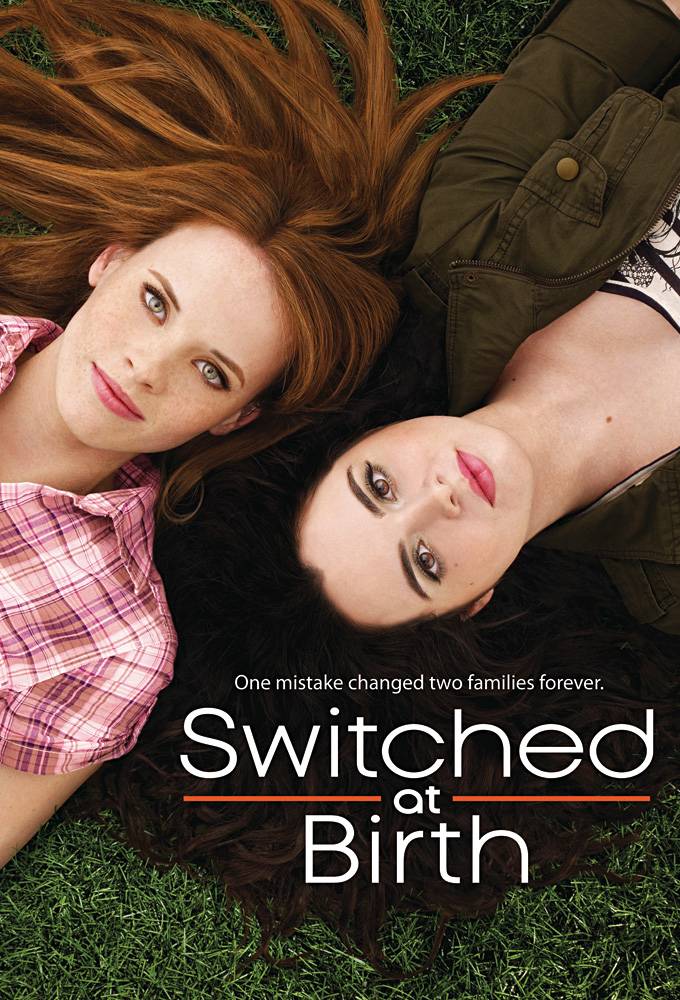 The final sight of unlikely sisters Bay and Daphne splayed across the grass was meant to evoke the “iconic image” of the show’s early key art, executive producer Lizzy Weiss tells TVLine, adding that she hopes the series finale leaves viewers feeling “the same way when you shut it off as you did when you started, that this is a very special family that you wanted to be part of.”

The show’s central love triangle also took a familial turn when, rather than moving to Japan with her boyfriend Travis, Bay asked her ex Emmett to accompany his “brother.”

“That was very intentional,” Weiss says. “There was a lot of discussion about Bay as a young woman and that the conversation kept getting framed as, ‘Which boy was she going to choose?’ and we were are all very sensitive to that. She’s a young woman in her own right.”

Still, Bay and Travis reaffirmed their commitment to each other as a long-distance couple, while Daphne and Mingo reunited. Elsewhere, Regina convinced Eric to turn himself in so they could one day be together, and Kathryn discovered that before the switch was unearthed, John thought Bay wasn’t his daughter, but stuck around anyway.

Below, Weiss talks about her vision for the series ender, the storylines that got cut and the possibility of a reunion.

TVLINE | How much of this ending was what you originally envisioned before you got the news that the show wasn’t coming back?
There were general decisions that were made, like that Bay and Travis stay together. But I don’t know that we knew the exact moves of the story until we were faced with that in the moment. I always knew that we would shake up John and Kathryn one last time and remind everyone that they’re the center, and they will not be moved as a couple. But a lot of it we decided in the moment after many, many weeks of throwing things around.

TVLINE | The news came down while you were in the middle of production on the season. So were there certain things that you had to speed up or that you didn’t quite get to? 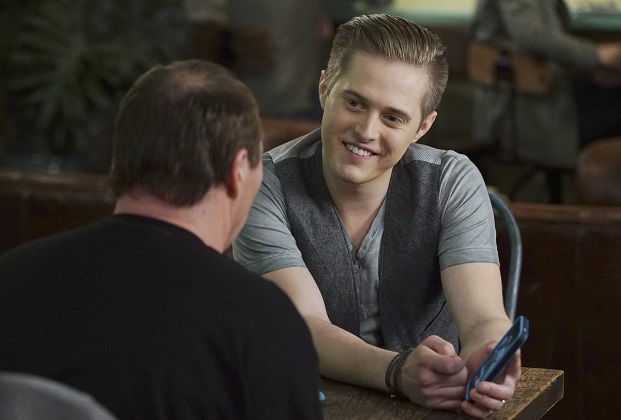 There were decisions we may have taken more time with. I always wanted to have Toby give up music and choose to move into a career with disability. That probably would have been over the course of the next ten episodes. We did it faster; that’s OK. Speaking of Toby, we wanted to explore that family becoming Jewish, and the Kennishes throwing a Passover seder and how fun that would be. It was more like there were stories and episodes we were bummed we didn’t get to do because we thought the fans would love them. But there wasn’t one big turn where I felt like, “Oh God, that will never be told.” All of the key stuff with the key players, we got to do.

Like with Regina, we always knew that Eric was the guy, and that Luca was for now. And I actually like how it turned out. We did it really quickly. It felt urgent; it felt exciting. She had to make that decision really fast. The elegance of her starting the show as a single mom and ending it with a new partner and a new son was just really beautiful to me.

TVLINE | You said you knew Bay and Travis would stay together. There was never any debate about which guy Bay was going to end up with? 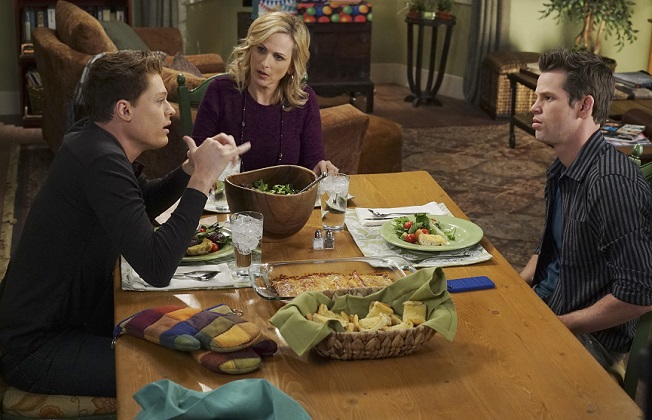 There certainly was debate. But after much debate, the room felt pretty clear this is how things shook out in the course of the series. It’s not like a hundred episodes ago, I knew this. But a show evolves…. It felt like Bay had moved forward and didn’t want to go back. And Emmett’s become a different guy. He’s going through some rough times, and she’ll always be there as a friend. This choice she made to ask Emmett to go with [Travis], first of all, that was intended to honor the whole heart of the show, which is siblings by unusual circumstances, which is what Bay and Daphne are, and so are the guys. So there was a sweet symmetry to that. It just felt like there was a little bit of a triangle without being a triangle. We know that these three will always be connected. They’ll always be having Thanksgiving together, if Bay and Travis end up together in the long run. They will always be sitting at each other’s table, and maybe it’ll be complicated and weird, or maybe it won’t, but for now, the triangle is not quite a love triangle. It’s a family triangle.

TVLINE | Mingo made a late-in-the-game play for Daphne’s heart. Why did you decide she should be with him?
You just reminded me Mingo may be one of the only ones that we did have bigger plans [for] in the long run. We definitely were going to take our time and have fun with that story. We wanted the ex-girlfriend to visit and cause some problems. We did have to get there faster. That was one of the things that got shortchanged. But that’s OK. 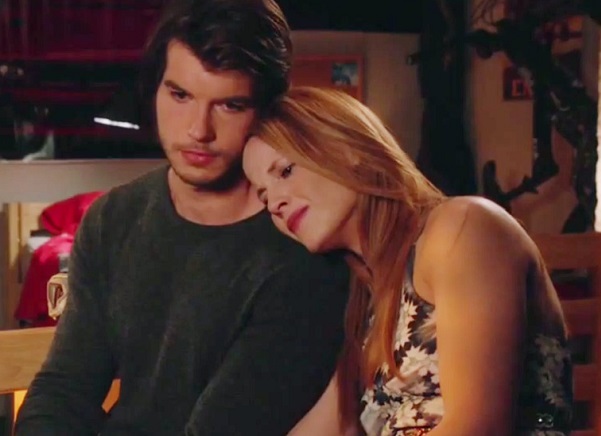 Basically, just Adam [Hagenbuch] and Katie [Leclerc] had such great chemistry. We created him a little bit because we wanted to get Wilke back, and [Austin Butler] was on that MTV show [The Shannara Chronicles] in New Zealand, literally 5,000 miles away… And then Mingo became his own character and delighted us in his own way, and we all forgot about Wilke and became all about Mingo. … We always did intend that they were The One [for each other]. I just love that scene between them at the end where he says, “I’ll turn down the internship,” and her answer is so surprising. He thinks he’s being magnanimous, and she says, “Don’t do that. Take it, teach him. Teach the world.” So I just liked that as a model for the kind of couple they’re going to be. He’s a very, in some ways, traditional guy. He doesn’t seem like the kind of guy who’s going to be talking about disability rights. But if they end up together, he will. And sometimes, those kind of opposites-attract [types] really do work in the long run.

TVLINE | The final image of the show is very sweet — and is not a flash-forward. Are you leaving the door open for a reunion movie or something of that sort?
Who knows what will happen in ten years, if there’ll be an appetite for it or if everyone will want to do it? But it feels like the door’s open. I would be happy to, if all things point in that direction. If things end up that all you have are 103 episodes to revisit, I’m really proud of those, and I hope that they live on beyond this generation.

TVLINE | Some shows like to go forward in time and show where the characters end up. Did you specifically want to avoid wrapping things up too neatly like that?
Yes. First of all, we’ve done that a little bit. We did two, even though they were imaginary, very important moments when Angelo died. We saw Daphne in her wedding dress, though we didn’t know who she was marrying, and we saw Bay delivering twins, and we didn’t know if Emmett [was the father] or who.

Secondly, [Pretty Little Liars] was doing that, and they were, of course, quite successful. So we didn’t want to do exactly the same thing since they were doing that at the same network. And — especially, as you bring up, could we maybe have a reunion in 10 years? — I didn’t want to box myself into, “Oh, we already said Daphne’s going to be this kind of doctor.” Or, “We already said Bay does end up with Travis,” or, “Bay doesn’t end up with Travis.” It’s an ending, it’s a period… but there could be a return and a new paragraph in ten years.

Switched at Birth fans, what did you think of the show’s swan song? Grade it via the poll below, then hit the comments to back up your pick!