It was con upon con during Tuesday’s Imposters season finale, with an unlikely party pulling off the ultimate surprise.

First, Maddie, Max and her jilted exes tricked the FBI out of capturing the Doctor — but at least the feds got to hold onto their millions. Instead of snagging the FBI’s suitcase full of money, Maddie duped her cohort Max, leaving him with the empty decoy case and a note: “This one is for Sally. Bye bye Maxie.” She then hightailed it to Patrick’s house to get the pricey ring out of the safe, only to discover that it was already gone. The unexpected con artist who snatched the jewel? Maddie’s “husband” Ezra!

Unbeknownst to her, Maddie watched as Ezra, Richard and Jules took a bus out of town with the prized possession. Meanwhile, fixer Lenny Cohen got a call to take care of the quintet and their mess.

Below, executive producers Paul Adelstein and Adam Brooks weigh in on the finale’s many twists, Sally’s uncertain fate and the show’s Season 2 odds.

TVLINE | Maddie’s story of her first time pretending to be somebody else was kind of disturbing. Was that the intention? 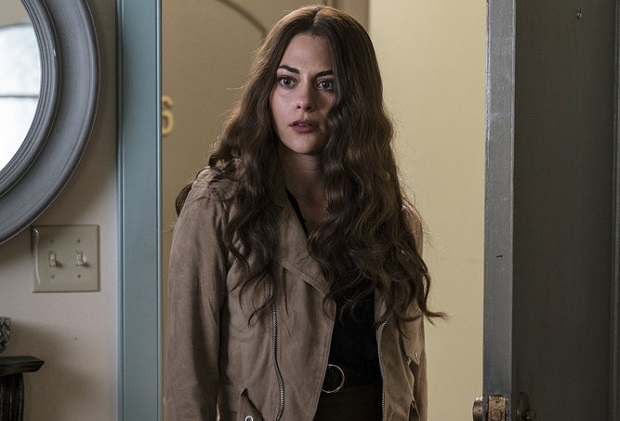 PAUL ADELSTEIN | We didn’t set out to make it disturbing. We wanted it to be something that sprung from her essential self and from a certain kind of boredom as opposed to other stories we’ve seen where someone was horribly abused or suffered some horrible tragedy or witnessed something they shouldn’t have, etc. that created this kind of pathology in them. What Adam and I took as our assumption was everybody has these longings and feelings as they become themselves – “Who am I? Who can I be?” – and here’s someone who took it a different way. She took it to an extreme, let’s say, and got a taste for it, and for the first time in her life felt seen and powerful. And then she was off to the races. At the same time, we understand that the circumstances of it are disturbing because she’s lying and manipulating, and it’s her cousin [that she cons and makes out with].
ADAM BROOKS | And she goes on to lead a very disturbing life. There is something disturbing about all of it. And yet, we like the idea that she’s just another teenager who feels nobody sees who she is, and she comes up with a bizarrely unique solution to that, to feel a kind of validation.

TVLINE | We see Maddie get out of the car and kind of go to the bus. Does she want to leave with Ezra, Richard and Jules? And what stops her, if she does?
BROOKS | She does, and she doesn’t. She can’t decide. She’s always struggling to decide how to give herself up to something, to be intimate. That’s what [Ezra] says to her in the church – “You’re just too afraid. You’re just that scared girl who can’t give herself to something real.” She’s struggling with it right there, and she makes her decision.
ADELSTEIN | It’s emotional for her. The plan did not work like she thought it would. She thought she was going to get that ring. The question is: If she had gotten it, would she have gotten on the bus then? We don’t know. She may have been trying to burn them all along. We want to, like with so much of the season, leave the audience saying, “What was her true motivation? And how did that lead to her to making the decisions she made?” It really could have gone either way. In fact, we went back and forth on it quite a bit. Both things make sense. I don’t think there’s one that would be totally out of character. It’s just she made a certain choice in the moment, and we’ll hopefully, in the future, see the consequences. 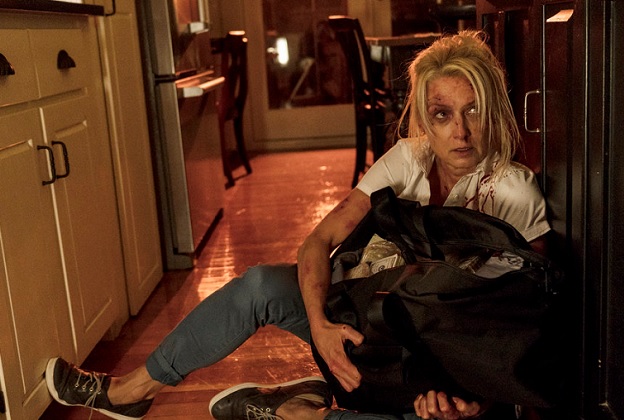 TVLINE | Are we to assume that Sally is dead? Did Lenny kill her?
ADELSTEIN | We don’t know… That was probably the punishment for betraying the Doctor. But there may be surprises down the road with that.
BROOKS | There’s a couple things we want to get into later. For instance, we never find out what Jules’ secret is in the first season. Those things are intentional that we, as writers, are looking forward to getting into.

TVLINE | What is the status of Season 2?
ADELSTEIN | We are cautiously optimistic.

TVLINE | In Season 1, a lot of the drive was Ezra, Richard and Jules looking for Maddie. What would a hypothetical Season 2 look like in terms of the direction of the story?
BROOKS | We’re not 100 percent sure. But we do know that what’s really interesting to us is that all our major characters no longer can be defined by what defined them at the beginning of Season 1. Ezra, Jules and Richard were defined, first of all, by finding the love of their lives, losing that person and then realizing that they could go and try to find her. That quest is now done. Who are they now? Max has been defined by devotion and working for the Doctor. Now he’s unmoored from that. He tried to pull of this tricky thing, [and] he failed. Does he go to the Doctor? Patrick totally messed up. What’s going to happen to him when he’s no longer the hotshot FBI agent? Is Maddie under his skin? Does he hate-love her? And Maddie keeps saying she wants some kind of normalcy. What’s she going to do now? How does she define herself away from the whole thing? And at the same time, as we saw in the very last shot, Lenny Cohen is after them all, and the FBI is after them. Our story is about identity – how do you reinvent yourself? Who are you? – and peril. Those are the elements that will lead us into Season 2 now. 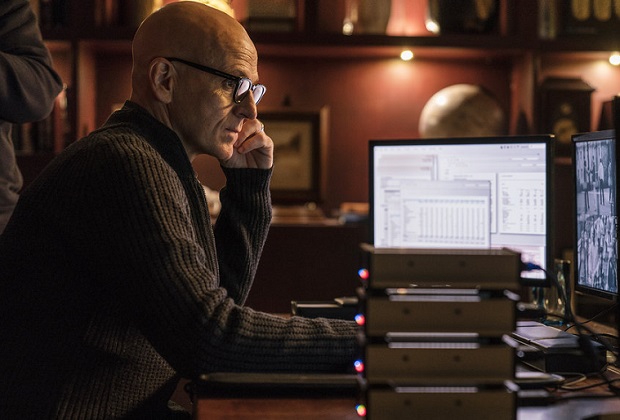 TVLINE | Will Season 2 include more about the Doctor, why he’s doing this, how Maddie got involved with him?
ADELSTEIN | Yeah, we’d get more of the origin of the Doctor. At the beginning of [Episode] 10, you see how Maddie [started conning], but you don’t really see how it turned into what it is. That’d be a fun thing to explore.

Imposters fans, what did you think of the season ender? Grade it via the poll below, then hit the comments to back up your pick!