Years before he became the smart-aleck star of Judd Apatow movies (and later, a Marvel superhero), Paul Rudd lived through the ’90s, just like the rest of us.

The actor turns 48 on Thursday — although if you’ve seen him lately, it’s clear he does not age — and we thought we’d celebrate by looking back on his on-screen debut: on the 1991-96 NBC drama Sisters. The primetime soap, starring Swoosie Kurtz and Sela Ward, revolved around four adult sisters and their complicated romantic and family lives. And in Season 3, a young Paul Rudd joined the show to give it a bit of Generation X flavor.

Rudd played Kirby Philby, an aspiring filmmaker who dated, and quickly eloped with, Alex’s daughter Reed, played by Ashley Judd. Kirby and Reed had a baby girl together, and Kirby decided he had to grow up and give up his filmmaking dreams, so he moved to Minnesota to manage a video store. (Because those will never go out of business, right?) That led to an ugly divorce and custody battle between Kirby and Reed, with Kirby ultimately winning custody of their daughter.

Here’s a cast shot, with Rudd as Kirby in the upper-left: 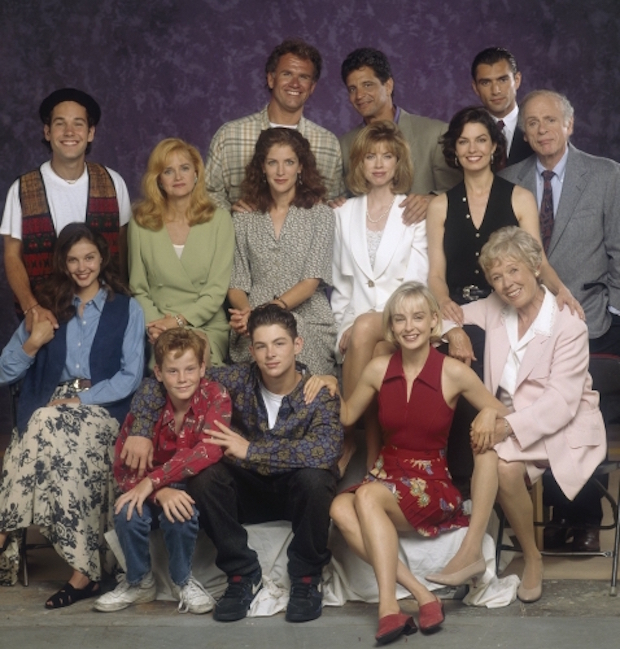 Sisters was Rudd’s first-ever film and TV gig, appearing in 20 episodes across three seasons. But he left the show to film his breakout role in 1995’s Clueless — and the rest is Hollywood history. Still, we can always look back… and make fun of his very ’90s vest.