Dev is back on the market — but not for too long — in the first full-length trailer for Master of None Season 2.

Per Netflix, the new episodes (dropping on Friday, May 12) find Dev returning to New York after traveling abroad, ready to “take on challenges in his personal and family life.” That includes “a new career opportunity and a complex, developing relationship with someone very meaningful to him.”

That “someone very meaningful” probably isn’t Rachel, though; Noël Wells’ character is nowhere to be seen in the trailer above, which features our protagonist back on the dating scene and sharing plenty of time with a new lady friend. (And if things don’t work out, at least he has Arnold, who’s apparently a DJ now?)

Among the notable guest stars you’ll spot in the trailer: Vinyl‘s Bobby Cannavale, American Horror Story‘s Angela Bassett and Underground‘s John Legend. So press PLAY on the video above, then scroll down to view a collection of (beautiful) Season 2 art. 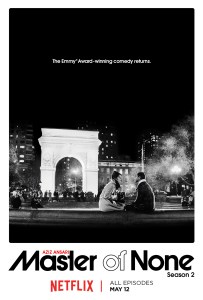 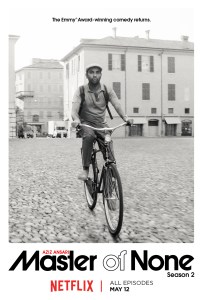 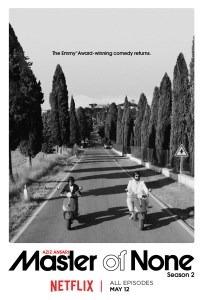