Turns out Clive’s circle of zombie friends is bigger than he thought.

During iZombie‘s Season 3 premiere on Tuesday, the detective’s visit to Fillmore Graves HQ led to a startling discovery: Wally, the little boy who used to live in his apartment building, is a member of the undead. But the happy reunion took a dark turn near the episode’s end when the child and his mother Anna were killed by zombie conspiracy nuts (who just so happened to be right).

Solving the murders becomes a season-long quest for Clive, but first, in next Tuesday’s episode, “you get to see how he met Wally and Anna, how he became so close with them,” Malcolm Goodwin previews. “Clive was pretty much like a father figure to Wally. There was potential for that relationship and that family environment becoming a permanent thing, but something stops it, and you get to see exactly what prevented that from happening.”

On a much lighter note, viewers will also get a glimpse into Clive’s “nerdy side [and] how he got into Game of Thrones and became a hardcore fan.”

Read on for scoop about Liv’s new frenemy, Major’s sketchy job and more.

ZOMBIE ISLAND | In preparation for Discovery Day, when humans find out about their brain-eating neighbors, Fillmore Graves is readying an island for the zombie population. But can CEO Vivian Stoll and her zombie mercenaries be trusted? And is Liv on board with this plan? “The idea of moving a whole lot of people to an island is an appealing idea, but obviously those things get corrupted very quickly,” star Rose McIver notes. “Liv is wise enough to know that a zombie army is not somebody you want on your bad side, so she’s not going to antagonize them. But she’s still trying to feel out…whether that’s something that could work.” 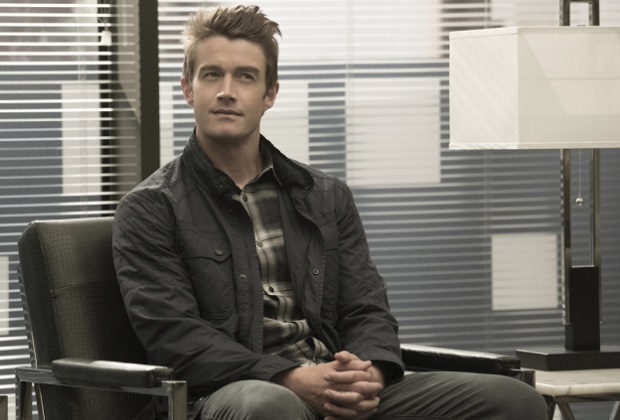 MAJORLY SCREWED | The “Chaos Killer” label on Major’s coffee cup is just the beginning of his troubles. Being viewed as a murderer by Seattle’s citizens is “not something that Major is going to escape easily,” Robert Buckley says. “It’s not like a bad haircut people are going to forget about. A large amount of the population thinks he’s, in fact, a serial killer. And even if he’s not a killer, he’s someone who kidnapped people and destroyed families and homes. That is something that will impact every aspect of his life: his love life, his employment, as we see in the first episode. That is something that he will be struggling with a lot this season.”

UNDEAD JOB SECURITY | Major’s decision to enlist into Fillmore Graves’ zombie army after being unable to find a job will eventually cause “an impasse” between him and his friends. “It’s going to pose some interesting questions for everyone in the group,” Buckley shares. “It is a main component of Major’s arc this year: Fillmore Graves, the people he meets and is friends with, and the relationships he forms.” Adds McIver: “We don’t really know quite how pure [Fillmore Graves’] intentions may or may not be. [Liv is] still feeling that out, so she’s very wary, knowing that Major is buying into it.”

iZombie fans, what did you think of the season premiere? Grade it via the poll below, then hit the comments to back up your pick!